The 600 - A Review of Throne of Eldraine Commanders 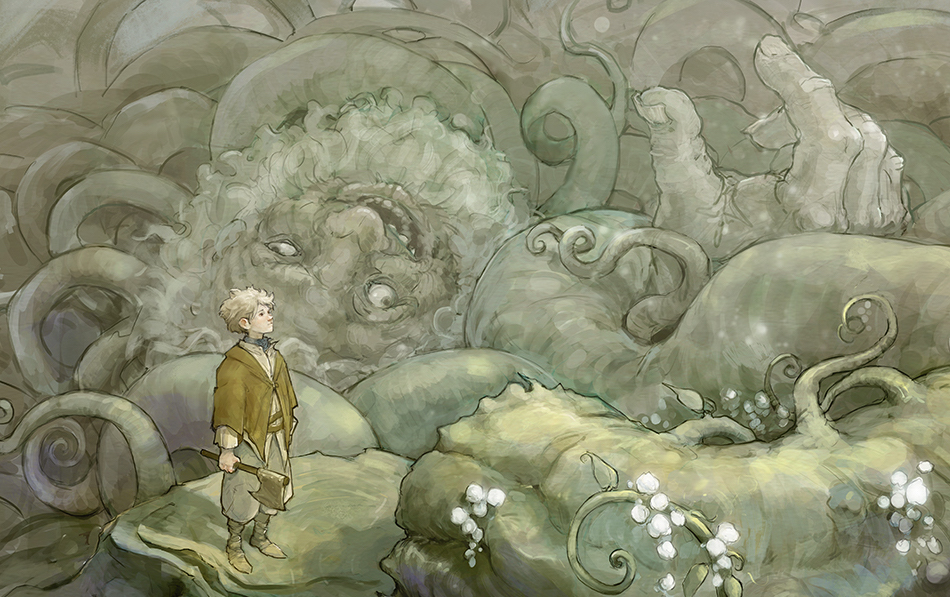 It’s one of the most controversial sets of all time. It gave us a plethora of bannable cards. But it was all worth it for Gingerbrute. Welcome back, Throne of Eldraine.

For this edition of The 600, we're reviewing predictions I made in 2019, back when Throne of Eldraine dropped. The line is 600 Commander decks for each legendary creature. A prediction of "Over" means I thought the commander would earn over 600 decks after one year, while under means under that mark. Let’s see which ones I got right—and, more interestingly, where I went wrong.

Quick reminder: These stats were pulled on October 4, 2020, one year after the set released.

Let’s start with a trio of easy picks:

These were three of the four "face cards" for the Brawl decks, a then-new product line which hasn't appeared since. That's surprising to me, especially considering the popularity of these three (and the fourth, which we'll get to soon).

Here's what I wrote about Korvold in my 2019 article:

The Jund color combo has tokens aplenty [for sacrificing], doesn’t it? Goblins from red, Saprolings from green, Zombies from black. Red also offers Treasure, green offers Clues, and both green and black offer the new Food tokens. Plus, Jund is the go-to color combo for land retrieval, meaning Korvold can snack on one’s lands without much downside.

That all checked out. Most Korvold decks run Pitiless Plunderer, Dockside Extortionist, and/or Tireless Tracker. I did not expect to see this guy to show up in Standard, but hey, it was a weird year.

Next up, my initial analysis of Alela:

"[Alela's second] line of text has broad application for a number of strategies and tribes, perhaps most notably with Faeries. Speaking of which, Alela produces them whenever you cast an artifact or enchantment. I believe this makes her the de facto Faerie tribal commander for the foreseeable future."

Finally, my thoughts on Syr Gwyn:

"Listen, I love Gwyn’s flare for dramatic visuals, but if I’m a knight in her army, I’m gonna be like, 'Yo G, can you please douse your flaming sword? We’re standing on a field of dry grass and you’re wearing a billowy cape, plus your horse looks like it’s about to keel over. Show some restraint, girl.'"

I stand by everything I wrote.

And what of the fourth Brawl deck face commander? Allow me to remind you of the tale I wrote of that card...

"There was once a Bant commander that caused controversy because of its power and broad application. Some complained the card was too easy to play and didn’t require much strategy to build around."

Chulane has become no less controversial over time, though that hasn't impacted its popularity.

This also happened to be my Can’t-Miss Pick of the set. And I’ve actually missed my last two Can’t-Miss Picks, so it’s nice to finally, you know, not miss one.

Next up among the easy Overs…

My analysis for this card mostly concerned its resemblance to Arthur, King of the Britons from Monty Python and the Holy Grail. Useful? No. But apt? Definitely. Google search and see for yourself.

Kenrith upholds my new theory about five-color commanders: I’m giving them all an Over unless there's a strong reason not to. In fact, since I started writing these articles, we haven’t had a single five-color commander go under 600 decks. History says these are popular, and Kenrith was no exception—despite being the Buy-A-Box promo.

Our next commander has a beard worthy of ZZ Top.

Torbran doesn’t seem like the most exciting build (if it's red, stuff it in the deck), but even I can't deny the allure of Sulfuric Vortexing people for four damage per turn, among many more nasty interactions.

For our final easy Over prediction, let’s head to the loch.

I'm one of the 965 people to build this deck, and I still have it to this day (which is really saying something since my decks usually don’t last longer than a year). Emry offers some undeniably cool interactions, as covered in my 2019 article.

"[Emry's] self-mill element is interesting, as is the cost-reduction clause. She’s also rife with combo potential, as any degenerate Modern player will tell you. And she’s definitely got the hype factor, which helps more in Magic than it does in, say, the NFL (just ask the Cleveland Browns)."

(That gibe at the end didn't age well, considering the Browns made the playoffs this year. So it goes.)

Emry didn’t get many additional tools from sets after Eldraine, but that’s just a testament to the depth of artifacts in general. There are so many good ones and so many ways to put them into the ‘yard that Emry shines nonetheless.

I love when they throw random uncommon legends into sets these days. It just lets me pad my stats, baby. This set offered a round table of four obvious Unders (with one notable exception). Check them out:

Of these four, Syr Carah was the only one that even came close to the mark. The others performed abysmally, which is surprising considering how bombastic their titles are. Like, you'd think a guy with the nickname "The Hengehammer" would be a little better.

Our next easy Under is...

I suppose we can’t blame Linden too much; she was probably designed more as a plant for devotion than a playable EDH commander. But we can kinda blame her for that text. Gaining one life per attacker is about as interesting as naming a card "Questing Beast." Speaking of which...

It’s been over a year and I still don’t understand the flavor of this card, or how the novella-length text relates to anything. I don’t even understand why it’s legendary. Honestly, you could rename this thing “Dr. Seuss’s Hallucinogenic Party Pal” and it would resonate better.

Next up, a guy who looks like he’d be most comfortable teaching Charms at Hogwarts:

My feelings on this card remain the same from last year:

"Meh. I’m not feeling [Gadwick] and I don’t think many other players will, either."

I will admit, he's proven to be a bit better than I thought he would be. When combined with oddball cards like Verity Circle and Willbreaker, Gadwick can get pretty annoying. But annoying does not equal popular (my eight-year-old self could attest to that).

Finally, let's round things out with a hammer-wielding Giant.

I doubt anyone expected much from Yorvo. I know I didn't. In fact, I spent most of 2019's evaluation poking fun at his personal hygiene, which is clearly lacking (what with the moss growing on his arms). Also, I only made one Green Giant joke, which feels like a missed opportunity.

Though most cards were not particularly close in the set, a few came within sight of the mark without making it. Take Puck, for example.

Okay, not actually Puck, but that’s basically who this is supposed to be. Rankle synergizes with Tinybones, Trinket Thief, Bone Miser, and many rogues from Zendikar Rising, sure. However, as noted in my initial analysis, mono-black is an increasingly competitive color.

"In just over a month of existence, K'rrik, Son of Yawgmoth already leads 570 decks and counting. [Currently 2,342.] As far as I can tell, [K'rrik is] the primary mono-black commander from here on out, and the standard by which all future mono-black commanders will be compared."

Rankle just wasn’t quite good enough to pass the mark. Shakespeare would be peeved.

The closest of the close Unders was this weirdo:

I nearly went Over on this one, as I'm sure you can tell from reading this:

"There are tons of three-card combos with this goof, all of which involve any Persist creature and a sacrifice outlet. Blasting Station gives infinite pings, Ashnod’s Altar gives infinite mana, Altar of Dementia gives infinite mills…all compelling for an uncommon commander."

However, I ultimately decided that such a blatant combo machine would be hated out by most playgroups. Plus, I'm guessing Grumgully orders mushrooms on his pizza, and that's just gross.

Shockingly, there were none. I somehow managed not to assign an Over to any commander that didn’t go Over. But that doesn’t mean I didn’t make any mistakes.

And finally we come to them: My mistakes! The first...

I still don't quite get how Ayara became so popular. She seems no different than most other Aristocrat commanders, and her color identity is limiting. However, I think I undervalued her card draw ability and how fast those one-life pings can add up. Plus, her whole husband-murdering schtick must be good entertainment, like in Chicago.

How did you do on the reading section of your SAT? Hope you did well, because you need some serious reading comprehension to understand our next and final commander.

Yeah, I just plain missed this one. A few telling statements from my initial evaluation:

"Mill is made so much stronger when we add blue, and it’s just awkward in mono-black. Aristocrats is also great with other colors (Teysa Karlov and Meren of Clan Nel Toth, for instance)."

In other words, I recognized some of Konrad's interactions, but certainly not all. Think Forever Young, Delve cards, Morality Shift, and more (I think that last one just wins the game on the spot).

Well, that’s a fairytale ending to this article. Hope you packed some mittens, because next time we meet, we'll be predicting the popularity of Kaldheim commanders. Until then, so long!