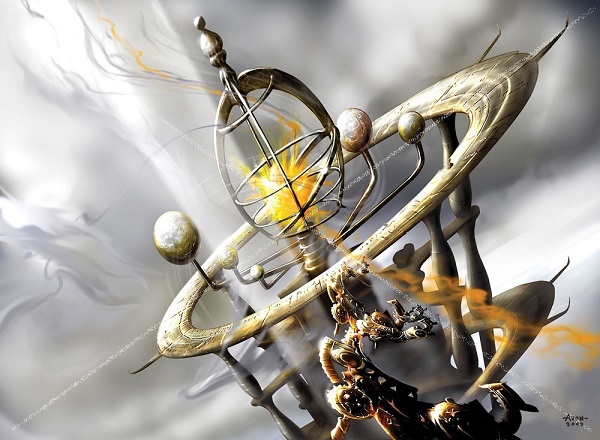 Welcome to Too-Specific Top 10, where if there isn’t a category to rank our pet card at the top of, we’ll just make one up! (Did you know that Vernal Equinox is the only green card that allows you to cast noncreature, non-Tribal spells with flash?)

One of the most inherently powerful things in Magic is flexibility, and while charms, modal spells, split cards, and MDFCs are great, I think one of the most flexible and powerful things possible in the game is the ability to cast things at instant speed. Flash can turn a creature into a combat trick, or give it pseudo-haste. Flash can take a game-state-altering enchantment and put it down while a spell is on the stack. Flash can surprise the table with an infinite mana combo in the middle of someone else's game-winning turn. In short, flash can turn the tides of games, in an instant. The only problem is, most cards don't have it!

If you've ever watched The Command Zone, you're probably fully aware that there are some great options out there to help give your cards that instant-speed panache! There's certainly an obvious standout, but might there be more where it came from? Turns out, there are quite a few flash-enablers over the history of Magic, so why don't we see what they are?

Criteria: Cards that can allow you to cast spells of some kind at instant speed. As is tradition, all results are ordered by EDHREC score.

The newest flash addition to the pile, Tidal Barracuda is often referred to in my local play group as "Fair Teferi", which might actually make it sound too nice. Tidal Barracuda still protects you from unwelcome interaction during your turn, but also allows for tricks on everyone else's turns with any spells from any player. Effectively, this most often results in all sorts of shenanigans on every turn but your own, putting you in the driver's seat of the game and spending everyone's resources on other players. Honestly, it's one of the most subtle yet powerful effects I've ever run into in Commander, so the fact that I rarely ever see it outside of Group Hug strategies seems like a huge miss by the brewers of the world. Throw this thing in your more mainstream blue decks and give it a try, folks. I think you'll be impressed!

If you're ever looking to put together a full set of mono-colored Commander decks, I would highly suggest looking at Yeva, Nature's Herald as your green commander. Playing normal creatures at any time leads to all sorts of crazy shenanigans you'd never imagine a green deck to be capable of. If you think Hornet Queen affects the board at sorcery speed, just wait until you see it cast after someone declares an all-out attack. Similarly, using enters-the-battlefield removal effects at instant speed makes stuff like Foundation Breaker and Manglehorn a lot more impactful. Even outside of the command zone, Yeva is a great addition to any mono-green or even dual-color deck that has a lot of green creatures. As is the case with every card on this list, giving flash to a whole subset of your deck lets you have great flexibility that can instantly turn the tide of a game.

If you're looking for a broader category than just green creatures, might I suggest Shimmer Myr? Expanding your flash shenanigans out to artifacts allows you to still have access to creature shenanigans while also letting you play general utility or even stax-piece artifacts in response to other player's actions. Also, flashing in a Sad Robot to block is one of the best feelings ever. If you think a Torpor Orb makes people salty under normal conditions, you haven't lived until you flash it in while an Eternal Witness is on the stack. Even if all you're doing is keeping two blue mana up through everyone's turn and then playing an Ichor Wellspring before you untap, that's some intimidation worth paying for!

More restrictive than either Shimmer Myr or Yeva, Nature's Herald, Sigarda's Aid makes up for it by only costing a single mana to give all your Auras and Equipment flash. If that's not enough for you, it also automatically attaches your Equipment, meaning you can play Blackblade Reforged as a combat trick to buff up a blocker after you prevented the scarier creature from swinging at you in the first place with your instant-speed Pacifism.

Unlike Fair Teferi, Teferi, Time Raveler is as unfair an effect as you can get. For three mana, you make everyone's Counterspells worthless while also restricting their other interaction to their own main phases. Meanwhile, you can cast any sorcery you want at instant speed, or just bounce away crucial portions of other players' board states while drawing cards. All in all, you won't find a better deal for three mana, except that in Commander specifically, that deal comes with the entire table coming after you.

5. Vivien, Champion of the Wilds

If you liked Yeva in the 99, you're going to love Vivien, Champion of the Wilds. Not only is she cheaper to cast, she also lets your non-green creatures get in on the fun while you use her loyalty abilities to make them better or "draw" more of them. The only downside is she's not allowed in the command zone (outside of Oathbreaker or Brawl).

Much ink has been spilled on Vedalken Orrery. The Command Zone podcast have certainly made their love for the card known, and plenty of players have responded that they don't think the Orrery is quite as good as it's made out to be. Honestly, though, I get the love. Casting any spell you want at instant speed is a bit of an omniscient feeling, allowing you to go back to the Type II days of "Land, Go", no matter your deck's strategy. Sure, it's a four-mana artifact that doesn't do anything on its own, which is a legitimate criticism for the high-powered tables out there. For everyone else, however, it's hard to see a reason outside of theming or cashflow that you wouldn't be playing this card.

Even if you do have concerns about a "do-nothing" four-mana artifact, there's another option for the Simic players among us. Alchemist's Refuge comes down as an untapped utility land, just waiting for when you have enough excess mana to surprise a table with an unexpected end-of-turn Progenitor Mimic. The only downside (aside from requiring three extra mana on the turn you're looking to do your shenanigans) is that it only lasts for that turn, rather than being an ever-present force throughout the entire rotation of the table. Well, that and the land slot. Those things aren't so free anymore.

If you do find yourself with an excess land slot and want an even cheaper way to give everything flash for a turn (even outside of Simic), then Emergence Zone is here for you! The effect can only be utilized once (outside of lands decks which will be able to recur it repeatedly), but honestly they're probably more interested in doing so with a Wasteland anyhow. Still, once can be enough, as those of us that have flashed in a Solitary Confinement in response to a game-winning spell can tell you. It's not quite Teferi's Protection, but then, what is?

If you're looking to have that true omnipotent feeling of Vedalken Orrery but aren't looking to have the four-mana do-nothing problem, then how would a free "do-nothing" enchantment sit with you? The math says it's rare you'll actually pull off getting a Leyline of Anticipation down on turn zero, but if that's true, then why does someone seem to have a turn-one Sol Ring every game? Anyway, regardless of whether it's a good probabilistic decision, there's few feelings in the game as good as living the Leyline dream, except maybe when it actually sticks around for the long haul.

While "Cards That Grant Flash" is still a rather small category overall, there's enough that we couldn't fit them all on a top ten list. So with that in mind, let's finish it out, shall we?

As they say, go where the clicks are!

Let us know in the comments, and we'll see you at the lightning quick commander table that appears during the BYE round.