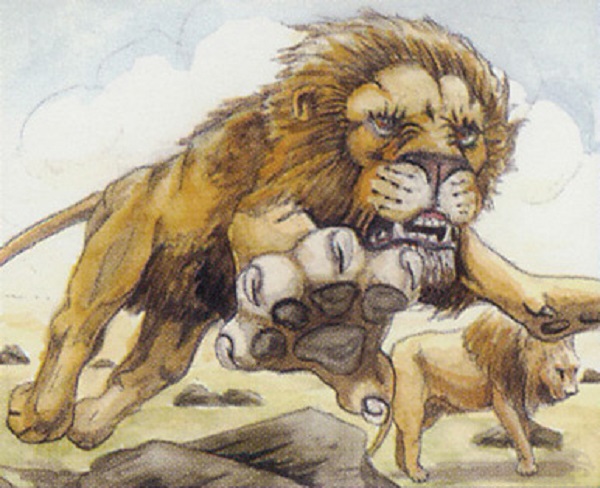 Welcome to Too-Specific Top 10, where if there isn’t a category to rank our pet card at the top of, we’ll just make one up! (Did you know that Loyal Pegasus is the only 2/1 for one that can't attack or block alone?)

Before I'd given up on trade binders completely (seriously, just bring a box, folks), I always made sure to include one particular rare on the first page of each of my binders: Savannah Lions

Yeah, that's right, that vanilla 2/1 for one mana was a rare. Not only that, it was a good rare for the longest of times, once fetching the same value as Birds of Paradise. In fact, if you ever find an old-timer like me bringing up power creep, it's extremely possible that their go-to example will be Savannah Lions, and it's not hard to see why:

The once benchmark rare of Alpha was itself reduced to an uncommon as the ravages of time sped on, and now has only not been replaced entirely by a common because it's become one itself in both Masters 25 and Mystery Booster. Along the way, we started seeing rares and mythics tack on strict upsides to the beloved Lion's framework, until today, where it's fairly commonplace to see one-mana 2/1s, and white might not even be the best color for them anymore.

Which of course, got me thinking....

There're usually a lot of corner cases to wax philosophical about, and truthfully I did have a small speech about Werewolves and the like prepared, but I think we can fairly easily keep this one simple:

Criteria: One-mana creatures with an initial power of 2 and a toughness of 1. As is tradition, all results are ordered by EDHREC score.

We as EDH brewers are always looking for a means to empty out the graveyards of our foes, but also don't necessarily want it to interfere with our gameplan. For Warrior, lifegain, and aggro decks, Mardu Woe-Reaper provides exactly that. While you're not likely to play it down turn one and get to remove anything, you do at least have a turn-one 2/1 that can start pressuring life totals, which aggro decks are going to love. On the other hand, if you get it later in the game, you should be able to gain a life and remove the biggest recursion target from a graveyard before blocking to kill a token, which isn't the worst deal.

As far as an example of power creep, Mardu Woe-Reaper is fairly innocuous, if annoying. Falkenrath Gorger, on the other hand, feels like a slap in the face. In the heyday of Savannah Lions, Jackal Pup was the red aggro creature of choice! Red isn't supposed to be good at small, efficient creatures, because it already has small, efficient burn spells! No wonder mono-red has been the only aggro deck around in Standard for a decade!

Okay, I don't know if that's actually true, and I'm too lazy to check. My point is, Falkenrath Gorger isn't just a 2/1 for one. It's a 2/1 for one with a very good ability. Sure, not every deck is a Vampire deck, but if your deck is even loosely Vampiric, Falkenrath Gorger goes in it. Don't believe me? Just check out the list of Vampires that care about discard. Giving all of them (and all your other Vampires besides) Madness isn't just relevant, it's good.

Which is why Gorger feels so offensive to me. That ability is good. Good enough that if you want it, you would have gladly paid two mana for it, or accepted a single power instead of two. So why push the envelope? Do we just need to expect that things will ever creep onward, until we have one-mana 4/4s a decade from now?

Honestly, I think that's exactly what we should expect, and I don't at all understand the reasons why.

Maybe I'm just mad because the Gorger isn't my flavor of card. I have to admit, as mad as Falkenrath Gorger and some of the later entrants to this list make me, I do love Hexdrinker. Its derpy Snake face brings me unequivocal joy, its Level Up shout-out to Progenitus feels like you're powering up the Death Star, and I am happy to shove it into any green pile where I can even halfway excuse the slot.

So there we are. From angry zealot to ecstatic consumer, all in one Top Ten rank. So I guess carry on, Wizards. The customer may always be right, but it's also apparent that we have no idea what we actually want.

The first thing that comes to mind when you initially read Norin the Wary is immediate confusion: what exactly are you supposed to do with this card? Even in a regular 1v1 game of Magic, it can't even attack properly to take advantage of the 2/1 stats, because it'll exile itself.

If you haven't gotten to play against a Norin the Wary deck, you might still be asking that question. If you have played against one, or even if you just got curious and looked at his EDHREC page, you'd know the deck has nothing to do with attacking and everything to do with enter-the-battlefield effects.

Norin's constant skittering away and slinking back essentially guarantees you four enter-the-battlefield triggers with every rotation of the table, not to mention the extra ones you'll get from, you know, actually playing your deck. That adds up quickly with an Impact Tremors on the battlefield, doubles up easily with Genesis Chamber out, and just starts stealing the entire board with a Confusion in the Ranks in the mix.

Widely regarded as the worst of the flip planeswalkers, Kytheon, Hero of Akros gets a bad rap, and I think it has everything to do with folks just... not playing Aggro. It's true, a 2/1 for one is largely forgettable in a game of Commander, but that's less true when it can make itself indestructible and then flip into a planeswalker that can make your other creatures indestructible, force other creatures to attack, or just become an even larger indestructible creature!

Kytheon is great in any deck looking to utilize combat. It turns out, most of us just aren't doing that. Which is a shame, honestly.

However, if you're looking to have Kytheon/Gideon's indestructible ability immediately on hand with your 2/1, then there's always Dauntless Bodyguard! It is a little more choosy up front, but there's no doubting the efficiency, and everyone knows those Aristocrats decks love them a one mana creature that can sacrifice itself!

Speaking of Aristocrats, here's Gutterbones! If you need some sacrifice fodder that can get itself into and out of the graveyard easily, then look no further! Limiting Gutterbones to sacrifice fodder is a bit inefficient, however. Where it really shines is as discard fodder, ensuring that you don't have to pay that extra mana to do anything fussy like putting it in play.

If instead you would rather have a creature come directly back into play after you've sacrificed it, then might I suggest Bloodsoaked Champion? It might not be able to block, like Gutterbones technically can, but when do either of them live long enough for that to matter?

Then there's the Monkey. Don't get me wrong, I was definitely one of the folks clamoring for Kari Zev's Pirate companion to get an actual card, rather than just a token. 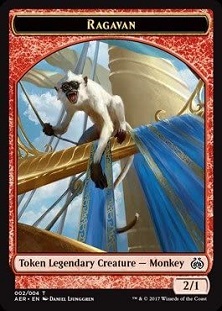 It's great that they did it, and it's wonderful that it exists. Only... did Ragavan, Nimble Pilferer have to be this pushed? Ragavan could have the exact same text at three mana and it would have been a fun commander and a great inclusion in all sorts of Treasure decks, or even just Boros decks looking for ramp. Instead, now we have a $75 card considered a "must-play" in any high-powered build. Sure, it was printed to be in Modern, but can you really tell me with a straight face that if it cost two mana instead of one, it wouldn't still see Modern play?

That right there is the full evolution. From rare Savannah Lions to common Savannah Lions to a Monkey that gives you a mana and a card whenever it swings, and all for the same mana cost (unless, of course, you'd rather pay two mana instead to give it haste).

People will say I'm overreacting and being an Old Fogey here for constantly spouting about power creep. To them, I say: read Ragavan again. It'll be at the top of this list by New Years, and will probably cost $100 before it's ever reprinted. This card feels like a big problem. There are short-term benefits, but they overshadow the long-term health of the game.

Gravecrawler is pushed as well, although definitely to a lesser extent than Ragavan. Despite two reprints, however, it is still currently sitting at $20, and for a very good reason: it is, without a doubt, the best self-recurring creature in Magic. It can come down early and be aggro, and when it's killed or sacrificed it can immediately recast itself as long as you can meet the low, low bar of having a Zombie in play. That regularly translates to 'pay one black mana: repeat any sacrifice or enter-the-battlefield effects you have in play.' That's X scrys with Viscera Seer, X -1/-1s with Phyrexian Plaguelord, a way to get all of your opponents Hellbent with Sadistic Hypnotist, and infinite enters/dies triggers with Phyrexian Altar. Add a Rooftop Storm and it's even crazier.

Whether it be the popularity of Cat tribal or just general nostalgia, we actually got fairly close to the OG Savannah Lions appearing on this list! With that in mind, I'd be remiss if we didn't finish out the Top 25:

This list ends one short of Edric all-star Uktabi Drake. Alas, every list is always just too short.

Finally, what is your favorite Savannah Lions? Do you think that they should have been a "hard stop" on how good a one mana creature can get? Do you think we'll see a 3/1 for one with no drawback someday?

Let us know in the comments, and we'll see you at the tiny table with just enough room for a 1v1.