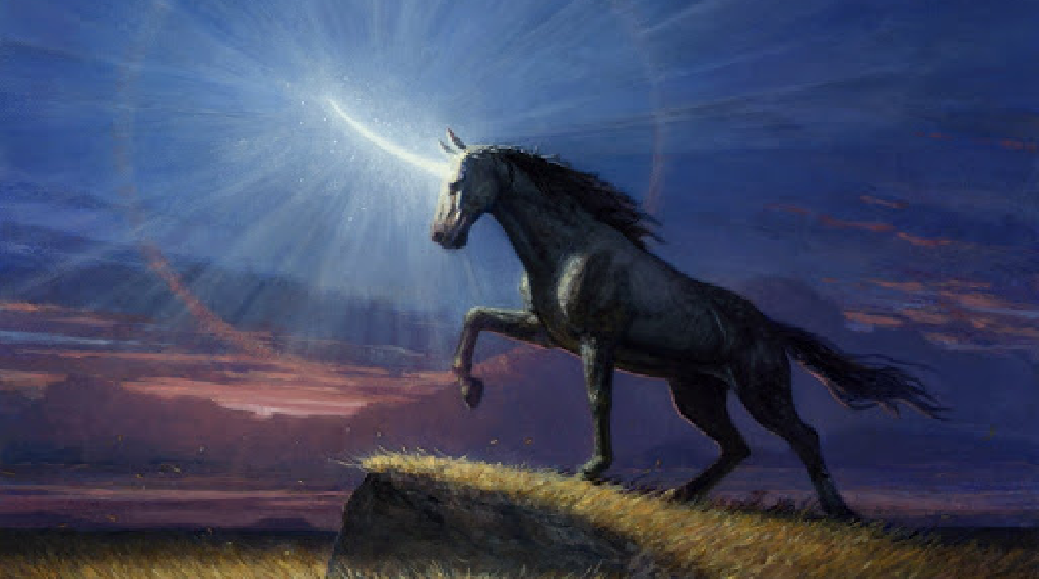 A new year brings new experiences, new motivation, new goals. One goal I've heard when talking with people or lurking on Twitter is reining in their spending on Magic. So, here I am, a month in, reminding you that you don't have to spend every last penny you have on this game we enjoy. In fact, you can still participate and compete while spending much, much less than you think. Part of the reason I write Ultra Budget Brews is because I enjoy writing. I get joy out of being creative and expressive, and that's reason enough, but my other motivation has always been to help people be fiscally responsible while still doing things they love. My hope is that writing a monthly article that builds decks using cheap pieces of cardboard can impact my small corner of the world in a positive way.

Speaking of positive impacts, how about that Commander Legends (that sort of transition is why I get paid the big bucks)? I naturally gravitate towards focusing on cards that are not in the spotlight, and, as a result, I typically don't build around the most recent legends, instead choosing to wait until the spotlight is on something else and I get to feel all special and unique. Thankfully, since Commander Legends has 70ish new legends, a few were bound to fall between the cracks; it would be impossible to give every legend the attention they deserve. That being said, I'd be hard-pressed to find a more overlooked commander than Lathiel, the Bounteous Dawn.

There has been a push in the last few years to combine engines with payoffs. The reason cards like Korvold, Fae-Cursed King, Chulane, Teller of Tales, and Aesi, Tyrant of Gyre Strait get so many sideways glances is precisely because of this. Doing what should be the work of two cards in one card, especially one that you always have access to, is, perhaps unsurprisingly, quite powerful. When balanced correctly, it can also be equally fun. I think Lathiel absolutely nails this balance.

Lifegain decks have access to many, many engine cards. Soul's Attendant, Rhox Faithmender, Kambal, Consul of Allocation, and anything with Extort or lifelink all are cards that serve as engines. Lifegain decks also have access to many payoffs. Some good examples are Sanguine Bond, Well of Lost Dreams, Ajani's Pridemate, and Cliffhaven Vampire. Basically anything that reads "do a lifegain, get a treat" qualifies.

There are definitely a few examples of combining engine with payoff, but they are either inefficient, like Vizkopa Guildmage, Dawn of Hope, Vito, Thorn of the Dusk Rose, and Felidar Sovereign, or are (for our purposes at least) prohibitively expensive, like Aetherflux Reservoir, Serra Ascendant, or Archangel of Thune. Lathiel bridges this gap nicely by being cheap to acquire and fairly efficient.

One of the things that sets Lathiel apart from many of the lifegain engines that we have access to is that it doesn't care how many times you gain life, but instead how much life you gained. If you look at a card like Heliod, Sun-Crowned, you see the phrase "whenever you gain life". This phrase is the Golden Corral of lifegain, prizing quantity over quality.

"I don't care about the quality of the steak, so long as you keep 'em coming." -Jeff Foxworthy, probably

This is not to say there is necessarily anything wrong with Golden Corral. One of the best meals I have ever eaten was the time I went to Golden Corral after running my first marathon. Half-drunk on finish-line beer, and fully drunk on achievement, I filled multiple plates to the brim with biscuits, eggs, hash browns, and gravy, finisher's medal still draped around my neck. Can quantity be quality? Sometimes.

Lathiel encourages us to go for quality, but certainly isn't going to say no to quantity. It doesn't necessarily care how many times we gain life so long as a lot of life is gained. Whether we gain 20 life from 20 different Soul Warden triggers or 20 life from casting a single Beacon of Immortality is immaterial. Both have the same outcome, namely a whole pile of Lathiel counters. This opens us up to a bunch of cards that do nothing but gain life, like Sanguine Sacrament, Oracle of Nectars and Congregate. These are cheap because, outside of very specific decks, they aren't very good in Commander.

This focus on quality is also helpful because many of the cards that gain a little bit of life at a time are actually a bit too expensive for us. Lifegain staples, like Soul's Attendant, Essence Warden, and Sunscorch Regent, aren't far over the $1 limit, but they still didn't make the cut. We still do play cards that give us a little life at a time, like Soul Warden, Ajani's Mantra, and Healer of the Pride, because they are still great cards in this deck, and the value that they provide adds up rather quickly.

There is also a +1/+1 counters theme running through our deck. The main way we get paid off for all of our lifegain is by growing our creatures. Lathiel does this admirably, spreading the love around, but we also play Good-Fortune Unicorn, Cradle of Vitality, and Inscription of Abundance to help in this department. Abzan Battle Priest, Tuskguard Captain, and Abzan Falconer are great at making your pumped creatures significantly more formidable. Inspiring Call serves as card draw and protection for our pumped creatures while Conclave Mentor makes them all that much bigger.

The rest of our deck is full of effects that every deck needs access to, namely, ramp, wraths, spot removal, and card draw. Here are examples of cards I've included for each of these:

This basically gives you version of Lathiel's ability that happens instantaneously, though you are unable to spread the counters around at will. Also, this is simply a cheaper version of Sunbond, which is also in the deck and is three times as popular as Light of Promise, for some reason. You won't always have access to Lathiel, so having a backup plan is important.

This isn't removal on the level of staples such as Path to Exile or Swords to Plowshares, but it is absolutely a solid card. It's an instant for two mana and will often be able to remove the creature you need removed. It's also modal, allowing you to protect whatever creature you need to. When your commander is an important cog in your deck, protection is doubly important.

Everyone should experience blasting someone into the deep reaches of space with Evra at least once. Is it risky? Absolutely. Is it fun? Also absolutely. The risk is what makes it fun. Also, if you manage this with Lathiel on board, the sheer amount of life you'll gain will be wonderful to behold.

This has an efficiently sized body that gains you life, but this isn't enough for this to make the cut in EDH, typically. What does help this make the cut is the regeneration ability. We're running five wraths in this deck, and none of them have the "creatures destroyed this way can't be regenerated" clause that Wrath of God and Damnation have. This can lead to ridiculous one-sided wraths. Also, although it's an on-board trick, Hierarch sees little enough play that there is a non-zero chance that your opponents forget about the ability as well. It's not something you can count on, but it will certainly come up.

This was $4 as recently as a year ago, but reprintings in Commander 2019 and Jumpstart have helped bring this down to our level.

Welcome back. We've missed you.

This has the potential to draw an entire grip of cards while also gaining a ton of life. "Sure, Dennis, you can definitely Pongify my 10/10 Lathiel. In response, I'll cast this, draw 10 cards, and use my Cradle of Vitality or Light of Promise to make something huge. Same time next week?" This card is great. Get it while it's price is low.

As always, these are cards that I would add if I were looking to up the power level of the deck, were unconcerned with a strict budget limitation, or simply had easy access to a copy.

Angel of Destiny is one of my favorite cards from Zendikar, and it interacts with lifegain decks in an interesting way. It acts like lifelink, gaining life equal to the combat damage your creatures do, but your creatures with lifelink will also gain life from that, essentially giving you double lifelink. DoubleLife. DoubleLink? I'm going with DoubleLink.

It also gains your opponents a ton of life, but that isn't something we're overly concerned about since we get to straight-up murder anyone we attacked with Angel of Destiny if we have 55 life at our end step. This card is equal parts strange and effective and would be a slam-dunk inclusion here.

If you wanted to call this white's Craterhoof Behemoth, I wouldn't argue with you. If you don't have your commander out, this is a great finisher, giving your team double strike and flying, which should be enough to kill a player if you have a couple of creatures. If you have Lathiel out, this gets truly ridiculous, giving protection, indestructible, and lifelink as well. This can even be an overcosted Heroic Intervention in a pinch. This card has a high floor and ceiling. If you can play it, you absolutely should.

Sometimes there are cards that are no-brainers. This is a lifegain deck. Rhox Faithmender doubles all of the life that you would gain. This card has incredible synergy with our decks gameplan and the deck is better with this in it. FIN.

Sanguine Sacrament is in this deck, but frankly, it's not a good card. That's not to say that it doesn't deserve to be in this deck; it does and it overperforms here, but if you want to see what a more palatable version of Sanguine Sacrament looks like, look no farther than Heliod's Intervention. It costs the exact same, is at instant speed, and gains the same amount of life. Sacrament technically can be cast a second time since it goes back in to your deck, but I'll take the artifact and enchantment destruction on Heliod's Intervention over the possibility of looping Sacrament 105 times out of 100, please and thank you.

Wall of Reverence allows you to gain life at your end step equal to the greatest power among creatures you control. It counts itself, so you will always gain at least one life, but it's entirely possible to gain 10-20 life later in the game. You can also stack this trigger with Lathiel's end step trigger so that you'll grow your creatures that much more.

This card is not without a caveat, however: because of the 'if' in Lathiel's trigger, it only happens if you gained life before you go to your end step. If Wall of Reverence's end step trigger is your only source of lifegain happening that turn, Lathiel won't trigger, and won't gain any counters from Wall's trigger.

That being said, if you aren't gaining life in this deck on each of your turns, you probably weren't winning that game anyways.

What do you think of this deck? Is it the kind of deck you'd enjoy playing? Were there any slam-dunk cards that I missed? Let me know below! In other news, after many months off, the poll returns! Let me know which of these commanders you'd like to see get the Ultra Budget treatment. Until next time!