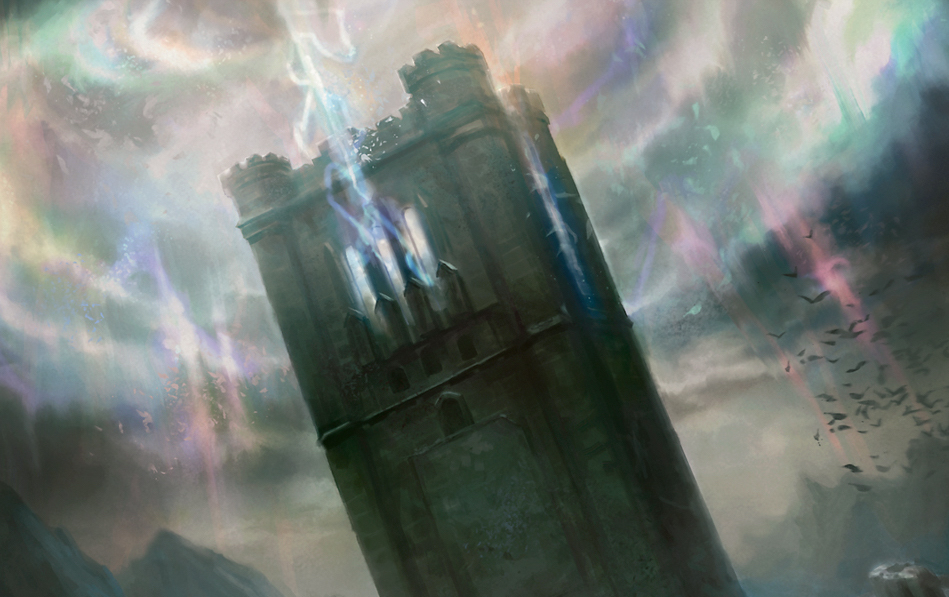 Think Inside the Cube

My name is Kyle and I have a problem. It’s about deckbuilding.

See, whenever I find a cool commander (this happens frequently), I can't help but build a deck around it. Online lists aren't enough; I need to lay out the cards, shuffle the deck, and play some games. Fortunately, I have a solution to my problem. It's called a Commander Cube.

What the Heck is a Commander Cube?

A Cube is simply a custom draft set. They tend to be 360 or 720 cards in total, usually singleton. One player designs the Cube, but multiple players draft and build decks from it. Think of it as a greatest hits collection of Magic’s best cards.

Cubes are usually themed by format. For example, if you subject yourself to Magic Online, you’re probably familiar with their Modern, Legacy, and Vintage Cubes. I don't have the money for Moxen, and I'm an EDH player at heart, so I designed mine with the help of EDHREC. Say hello to the Commander Cube!

In my Cube, I strive to combine the spontaneity of Booster Draft with the raw power of EDH. If you've played a Commander Legends Booster Draft, you might recognize that I lifted my rules from them. If you didn't, here's the gist: each player randomly draws three 20-card packs. Select two cards from pack one, then pass the rest to the player on your left. Repeat until no cards remain. Do the same for pack two, except this time you pass to your right. On pack three, pass to your left once again.

You now have 60 cards to build a 60-card deck (your commander counts toward that count, and that doesn't include basic lands). Remember, you're playing EDH, so all the same rules apply, including color identity, commander tax, and salty snacks in a centralized location.

A few stats on my Cube:

Note: The Prismatic Piper does not go into the main draft pool. Any player can pair it with any Partner whenever they like. It's basically a failsafe against drafting unplayable decks.

Now let's examine our commanders (the good ones, not the Piper).

I don't believe this Cube would work nearly as well as it does without the mono-colored Partner commander from Commander Legends. Each acts as half a two-color pair, allowing players to pivot in the draft portion. Plus, many of them synergize super well with each other. To find those synergies, I consulted EDHREC's Partner page.

Clicking any of the displayed Partners reveals some of their best buds. For example, Akroma, Vision of Ixidor is one of my favorite commanders. Her three most popular Partners are Rograkh, Son of Rohgahh, Kamahl, Heart of Krosa, and Sakashima of a Thousand Faces. I made sure to include all three.

Here we can see why Partners are so important to the Cube. Depending on what they're paired with, they can form several two-color combinations (or even go mono-color). If you build your own Commander Cube, I can't recommend these cards enough.

In addition to five mono-colored Partners for each color, there's one non-Partner mono-color commander for each color (plus Gisela, the Broken Blade in mono-white to go with Bruna, the Fading Light), one for each guild, one for each wedge and shard, and two WUBRGs. I've also added three two-color Partner commanders from Commander 2016 (I found them in my closet). You could add more of these to your Cube, though I find the mono-color Partners are a bit more interesting than their two-color counterparts.

I started with the staples on the Top Cards page. You'll see many of these classics in my list, such as Arcane Signet, Swords to Plowshares, and the ubiquitous Sol Ring.

One card you will not see on my list, however, is Cyclonic Rift. That's another great thing about Cube: you can include—or exclude—any cards you like. I'm not a fan of games that end with the ol' Rift, so I didn't include it in my Cube. You can do the same with Sol Ring, Rhystic Study, or whatever EDH staples annoy you most. And speaking of annoying cards, you could always check out the Saltiest Cards list and consider avoiding them so they don't bug your friends.

Anyhoo, the rest of the cards are dictated by the commanders. You'll want most cards in your Cube to slot into several decks. If you have a card in mind, begin by searching it on EDHREC to see how many commanders it pairs well with.

Of course, you can and should include a handful of cards that only pair with specific commanders as well. I think Pyrohemia is an excellent example. In my Cube, this card really only works with Jared Carthalion, True Heir and Zurgo Helmsmasher. That makes it a fun build-around and the sort of card you can safely pass, since you're likely to get it back later in the draft.

However, if every card only goes into one deck, the draft becomes far less interesting. Be careful!

This becomes extra fun in draft because it's sort of like collecting puzzle pieces. For example, imagine you first-pick Muldrotha, the Gravetide, then second-pick Verdant Catacombs. Now, if you can draft Watery Grave, Overgrown Tomb, and/or Breeding Pool, your fetch land becomes, in the words of Pink Floyd, any color you like!

My other lands are slightly unconventional, particularly the Vivid lands from Lorwyn. They're present because they fit into any 2+ color deck, making them perfect for most drafters at the table. Though the Triomes are popular on EDHREC's Color Fixing Lands page, I wouldn't recommend using them, since they only fit into a handful of decks.

I chose my offbeat mana rocks for the same reason. Cultivator's Caravan and Hedron Archive aren't super popular cards, but they do slot into any deck. I had the Signets in an earlier draft of my Cube, but I found they were too narrow; even most two-color decks couldn't run them.

If you skipped ahead, you might've noticed there are some (a lot) of Un- cards in my Cube. Since this isn't a sanctioned format, you can add any cards you want! Do yourself a favor and add Richard Garfield, PhD. to yours.

I've also included several cards from the Conspiracy sets, such as Paliano, the High City and Regicide. For those who never played them, Conspiracy and its sequel set, Conspiracy: Take the Crown, were multiplayer draft-only sets designed for casual play. It's the only set in Magic's history with mechanics that influence the draft itself. Plus, Take the Crown gave us the Monarch mechanic, which remains one of the very best for multiplayer.

Though most are too underpowered for EDH, a handful of Conspiracy cards are super fun in Cube, which is why I've added them to mine. Plus, if you drafted a ton of those sets like I did, it's the only way to use those cards (aside from converting them into bookmarks).

Finally, Cube affords you the opportunity to add your own custom cards. For example, I'm currently workshopping an Azorius commander who allows you to play with Planechase cards. His name: Murph, Interplanar Hitchhiker. Just as Garfield intended.

Design your Cube with your playgroup in mind. For instance, if you read my previous articles, you might know I'm not the biggest fan of group hug archetypes, so it might confuse you to see one of the huggiest of group huggers, Kwain, Itinerant Meddler, in the mix. That one's in there for friends, since some of them dig that particular archetype.

If you decide to make a Commander Cube, try doing the same. There may be some commanders in there you find distasteful, but that's the great part about draft: you can pass 'em to the chumps downstream!

Furthermore, supporting differing strategies gives everyone at the table a chance to try commanders they may never have used otherwise. Amareth, the Lustrous, for example, is a fun Bant-mander that oftentimes gets overlooked in favor of more glitzy options (Chulane, Teller of Tales, cough cough). Here's a chance for you and your friends to try it out.

Like with food, the presentation of your Cube is key. If you have the means, I'd recommend sleeving yours. I know, that's a heck of a lot of sleeves, but it contributes to the longevity of your cards, since you'll be sharing them with so many of your friends.

Even if you opt for the smaller 360-card Cube, remember to buy additional sleeves for basic lands. Since players should have access to as many basics as they need, I'd recommend at least 25 of each, if not more. Feel free to get fancy with these. I used to employ full-art Zendikar lands, but I've recently switched to Lorwyn basics. My dream is to get a full set of Unstable lands. Wish me luck!

The Future of My Cube

I haven't bought new paper cards in a while, so I could definitely make some additions. That's yet another fun thing to do with your Cube: add some new support cards or commanders and see how they impact your format.

Start at the All Sets page. I'm very interested in adding Satoru Umezawa from Kamigawa: Neon Dynasty and Jetmir, Nexus of Revels from New Capenna to my Cube. Just note that when you do add new commanders, you should tinker with the rest of the cards to make sure they're properly supported. For Jetmir, for instance, I should ensure Naya tokens is properly supported. Otherwise, people might try to draft the new guy and find there aren't enough cards to make it work!

This is more than three-and-a-half EDH decks, so you might want to view this on a desktop:

Excited to build you own Cube? Explore EDHREC and see what you can find. Share you ideas with us below, or share your lists if you already have a Commander Cube of your own. Happy deckbuilding!