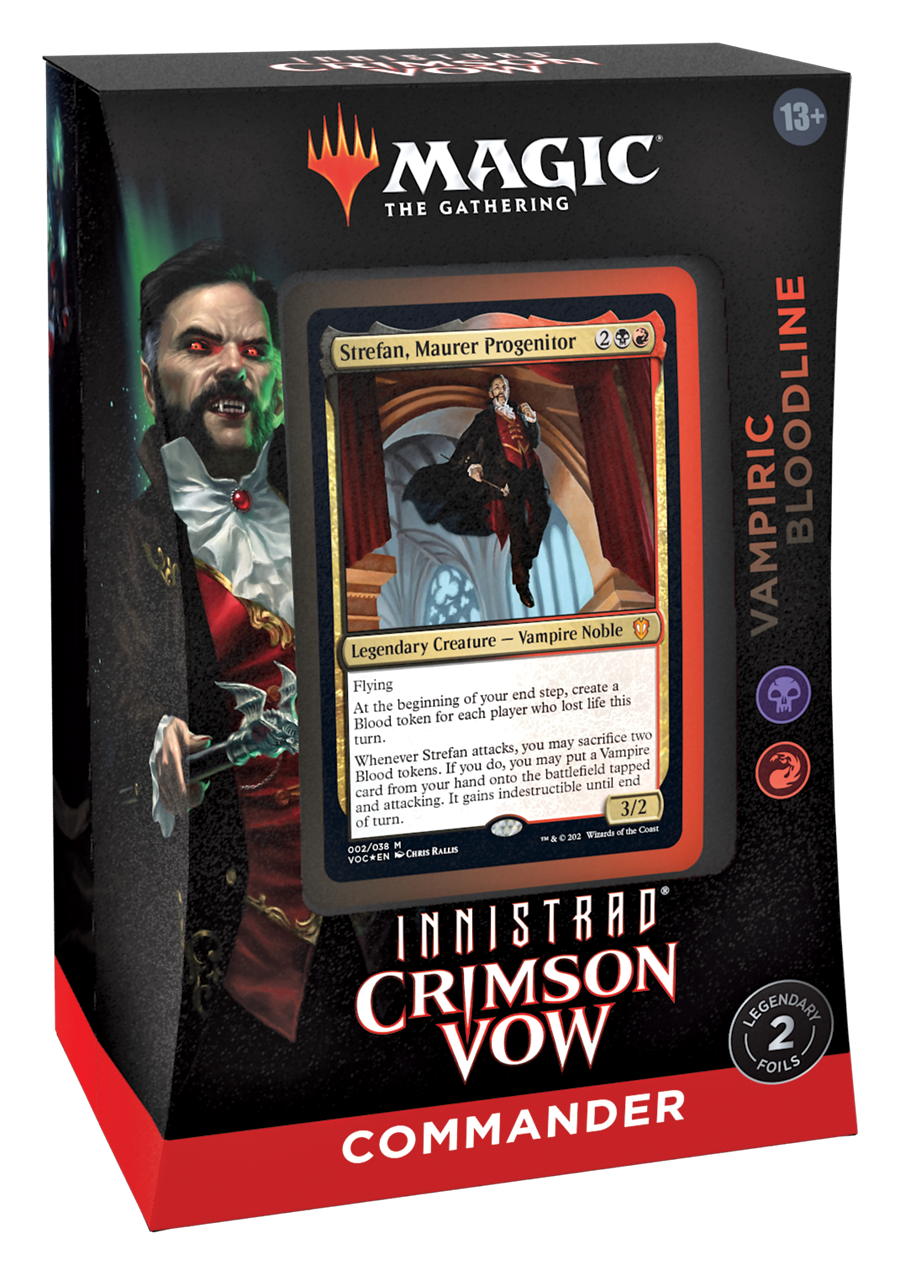 Welcome to the Nitpicking Nerds Precon Upgrade Guide for the Vampiric Bloodline deck, where we remove the suboptimal cards and replace them with synergy, power, and consistency in order for this deck to turn into an unstoppable Blood factory!

When upgrading any Commander precon, it’s important to stick pretty closely to this basic checklist:

This deck is all about damaging each player to stock up on Blood, so it can use them for Madness synergies or to cheat out expensive Vampires with Strefan’s ability! Once we have enough Vampires in play, we will be able to dominate the game.

The first thing to do with all of these precons is to cut all of the cards that don’t fit our main strategy.

The Blood theme in this deck is extremely shallow; we are going to be taking full advantage of Blood tokens with our upgraded deck, but some of the worse payoffs need to come out in order to make space.

The next things to trim are the Vampires. We want a critical mass in play, but we can certainly do better than what the precon offers initially.

With the Vampires and Blood synergy finished, it’s time to examine the ramp, removal, and card draw.

Finally, the last thing to do is to get rid of a solid chunk of the lands.

After all of those cuts comes the best part: adding in the synergistic and powerful cards! We’re going to start by introducing a much more robust Blood package.

As for other Vampires and Vampire tribal synergies, we have a few additions in that category as well.

That does it for this deck upgrade of Vampiric Bloodline; once you remove the extra fluff and power up those Blood synergies, you’ll be due for plenty of Victories!