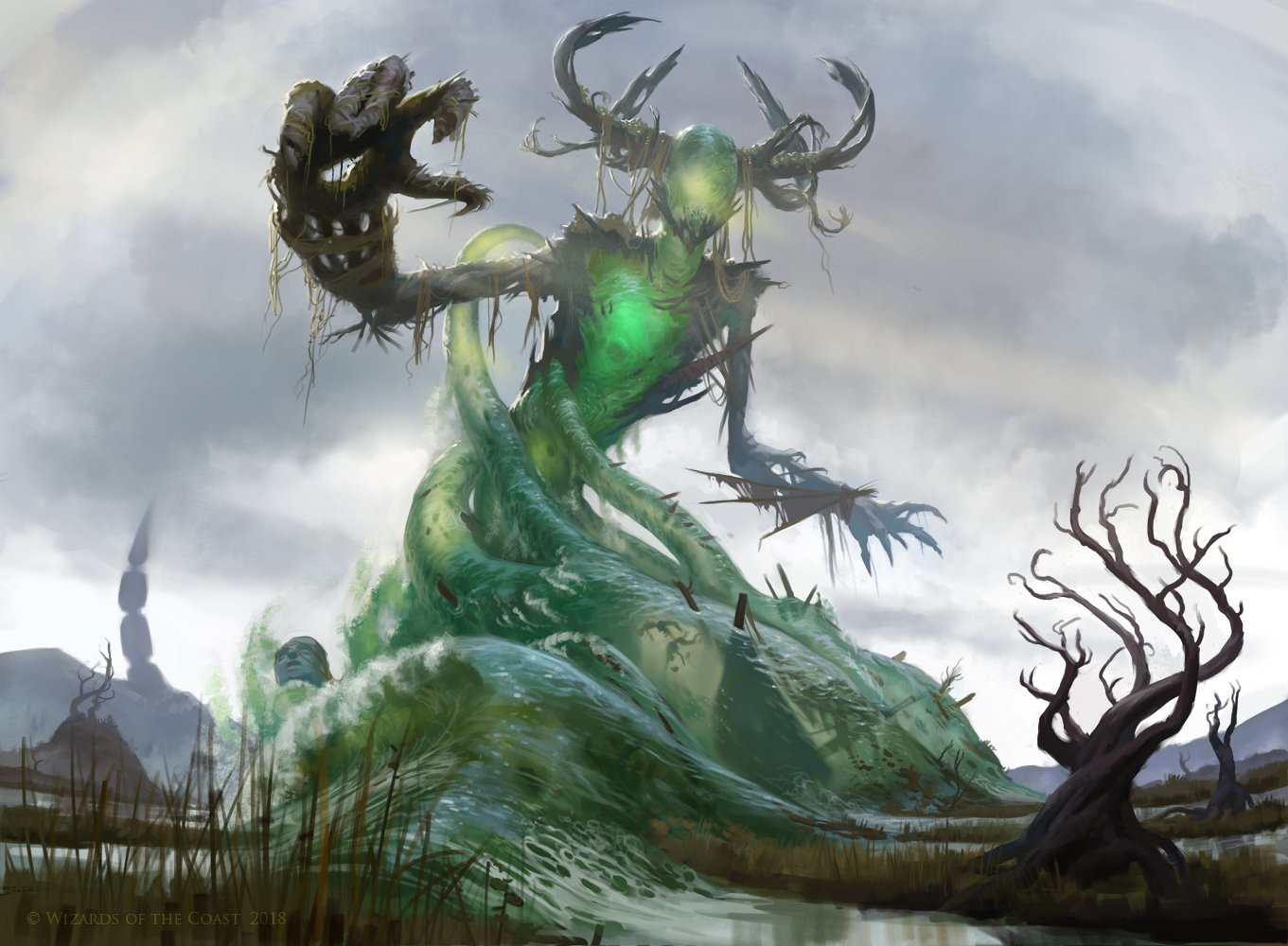 Well hey there party people! It's been a while hasn't it? Hopefully you didn't miss our forays and fun too much. I'm back this week with a deck that, of course, I love because if you've been listening to the EDHRECast(which you should be!) you'll know that I was so confident in this being the most popular commander from Dominaria that I even made a gentlemen's wager on it. Muldrotha, the Gravetide is a value machine in colors that are primed for their own Karador, Ghost Chieftain-esque commander to use and abuse the graveyard.

It just so happens there is a Standard deck that has been making the rounds for a while that I happen to think would be spectacular at the helm of one of our signature adaptations. One thing I am extra pumped about though is that it has nothing to do with what a majority of Muldrotha players are building right now. Let's not get ahead of ourselves, so let's take a look-see at what we're building off of.

Black/green midrange you say? Color me intrigued already. Winding Constrictor is a fun card giving extra counters to all of your things, along with other cards to add some synergy like Walking Ballista and Verdurous Gearhulk to pack the big fat punches. Rishkar, Peema Renegade is a card I really enjoy in these types of decks as well. But how does this tie to Muldrotha, the Gravetide you ask? Well thanks for your question, let me tell you!

Since we are not limited to just black and green in our 100-card edition of the Winding Constrictor special it opens up who can be our commander. Simic colored decks are known for being incredible at +1/+1 counter themes due to all the help from the actual Simic guild-themed cards being all about doubling counters, drawing cards and making things generally get out of hand quickly. Whether you're a Prime Speaker Zegana type or a real savage and like Ezuri, Claw of Progress you're never in short supply of blue/green cards to dump out the counters. Making the switch from black and green to Sultai colors gives us lots of opportunity to inflate our creatures beyond what our namesnake (see what I did there?!) card allows.

Unfortunately, there isn't really a good Sultai commander for playing a +1/+1 counter strategy. The Mimeoplasm can put counters on itself, but it doesn't do much for the team. This is where EDHREC really has a chance to shine for you though! Heading over to the "Themes," tab and digging through other +1/+1 counter themed decks and commanders will show you a little something neat... Some partners using a legend who lines up perfectly with Winding Constrictor. By going to Partner decks using Reyhan, Last of the Abzan and another blue partner we can get some valuable insight for what we can play with +1/+1 counters in a Sultai colored shell.

We're cooking with fire now! How about that!? Just because we're not playing Atraxa, Praetors' Voice counter shenanigans doesn't mean we can't build a mean deck here! One unique feature we are going to have over all the partner decks and other +1/+1 counter style decks is that even though our commander doesn't explicitly say "PLAY ALL THE COUNTERS!" is that we are able to do some massive recursion on some cards that don't get enough love. That doesn't mean they aren't good cards, but sometimes their effect isn't worth using again and again and again. People locking themselves into value and only value builds of Muldrotha, the Gravetide are really doing themselves a disservice since Muldrotha lends to building in several different ways.

I Think I've Been Here Before...

Now, I'm not here to tell you that in a deck like this, Fathom Mage is going to draw you a heap of cards. You know that already, and 47% of folks building decks with +1/+1 counters know that. I would be wasting your time telling you about all the staples; they're already staples. But what I will tell you about is some data that lies a bit further down on Reyhan/Thrasios decks that Muldrotha is better equipped to abuse.

From Standard way back when Theros was a thing, there was a deck built around Heroic creatures and stacking lots of counters on a hard to kill threat. Ordeal of Thassa was a backbone of that deck to keep drawing fuel. That effect of the ordeal cycle though is only a one time effect, that is unless you have a way to recur enchantments....which we do! Ordeal of Nylea acts as a recursive source of ramp to pair with the blue ordeal drawing us cards. Being able to swap the enchantments into under-costed spells of that effect is big game, 2-mana for drawing a couple cards or getting a couple basics is a fantastic rate. Putting your opponents through quite the ordeal...

These naturally continue feeding into our +1/+1 counter theme as well, meaning they are able to pull triple duty when looped with Muldrotha's ability to recast a card of each type a turn. Even commons can get exciting when you're able to chain them together for some utility and their cantrip effect. Implement of Ferocity is a card that I've been waiting to slot into decks and this seems like a perfect chance. Add in some powerful graveyard hate in Nihil Spell that let's the good times keep rolling and you have all the utility artifacts a deck could ever need! The yin to the ordeal's yang

Two of my absolute favorite cards for beefing up a team are others that happen to slot right into our unique Muldrotha brew. Cultivator of Blades is like a Pathbreaker Ibex that decided it didn't know what it wanted to do. If we need to make a baby army, deal. Do we need a beater to push the army we already have over the top? Done. Cultivator is our friend. To pair with the army as they come along Master Biomancer also love to spread the lover and/or counters to your team. He's like that creepy cousin who was always offering to give shoulder rubs to your family at Christmas, except instead of awkwardness Master Biomancer is sharing some muscle. Like, Angus beef muscle. Maybe add in a Bloodspore Thrinax if you feel like getting wild. Live a little. Boom. There it is. Muldrotha, the Gravetide that won't make your friends hate you and take 3 hours per turn. If you're #teammuldrotha you probably don't care what the brew looks like though, but seriously, this deck looks like a ton of fun that doesn't durdle for durdles sake and actually goes about winning the game. Triumph of the Hordes tends to do that though.

Let me know what non-traditional routes you like taking for commanders! Are there any decks of your own that you enjoy playing that don't take a commander down the usual deckbuilding path? Let me know in the comments! Thanks everyone!