Archetune-Up - A Taste of Madness

May I Take Your Order? 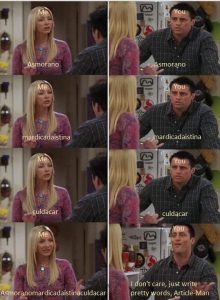 Of course, of course, your praise is appreciated, but no need to thank me, I'm just happy to help!

With that out of the way, the catalyst for this article was born from a common criticism I hear when discussing the Commander 2019 Preconstructed decks and the Anje Falkenrath Madness deck in particular. The criticism levied here is that while the intent with Anje was to promote a value-based Madness theme commander, she is best utilized as a combo-enabler, allowing you to pitch your Madness cards, chain them together without casting them, and then churn through your deck, digging down to something like a Worldgorger Dragon + Animate Dead combo.

Of course, Anje doesn't have to be played that way, and you can build her in whatever manner you choose, but the criticism is still valid no matter how you would prefer to build her: she's undeniably better at enabling combos than she is at enabling a value-based gameplan.

Enter Asmoranomardicadaistinaculdacar. Not only is she cheap to cast, but she's powerful, has the potential to provide interaction in the form of removal, and she also tutors up The Underworld Cookbook to help enable her and other Madness payoffs, while incidentally creating Food Tokens to boot! Now this is a value-enabler!

Now, Asmoranomardicadaistinaculdacar's average deck list is quite similar to Anje's, aside from some Food payoffs and some extra discard outlets.

That said, I think there are some cards that we can trim since they aren't worth the slot, things like Giant's Skewer or Tempting Witch, or Madness cards that just don't jive with what I want to do with the deck, such as Blazing Rootwalla or Kitchen Imp. So let's get cooking.

Needless to say, for this jaunt through EDHREC's theme pages, I'll be consulting the site's Madness Theme. This theme has been populated with data from Anje Falkenrath, Olivia, Mobilized for War, and Chainer, Nightmare Adept for a number of years now, so let's see what goodies they have in their kitchens!

Since I pulled a few Madness cards from the deck, I wanted to make sure I added some to help keep the density up. Madness decks are a classification I refer to as "cerebral". What I mean by this is that there will often be more things going on in the pilot's head than there is on their board. In Madness decks, there's a lot of shuffling cards from your deck, to your hand, to your graveyard, back to your hand, onto the battlefield, then to the graveyard, etc., and its main gameplan doesn't often involve committing to the board. This is perfectly fine when you plan on having some kind of combo finish with Anje, but for Asmoranomardicadaistinaculdacar, we want to be chock-full of interaction since we plan on the game going long.

That's where Violent Eruption and Ichor Slick come in.

While these are underwhelming removal spells at first glace, thanks to The Underworld Cookbook, each subpar removal spell we discard for its Madness cost will also produce a Food token, which then also provides half the cost for Asmoranomardicadaistinaculdacar's last ability! While these spells lack the ubiquity of something like Hagra Mauling, they help fuel our engine, and provide value, giving us something that is more than the sum of its parts.

Ichor Slick in particular is a great utility piece for this deck, as its Cycling ability will count as you discarding a card, allowing you to cast Asmoranomardicadaistinaculdacar early game if you haven't gotten your engine set up yet!

The final Madness card I added into the deck unsurprisingly hasn't populated the page since it is so new, but I don't expect it to stay that way for long.

Revolutionist is a new version of Anarchist, and a much welcomed value piece that helps us recur any of our draw spells or interaction. Its role here is simple and clean, and I expect other Madness decks to start including it once more players get their hands on Modern Horizons 2.

Unlike other Madness commanders, Asmoranomardicadaistinaculdacar has an extra hoop to jump through before we can kick our engine into high gear: unless we are able to discard a card, we won't be able to cast Asmoranomardicadaistinaculdacar, and subsequently, we will be unable to tutor for The Underworld Cookbook. Luckily, we have plenty of crafty ways to discard cards!

Street Wraith's main purpose in this deck is as mana-less means to meet Asmoranomardicadaistinaculdacar's cast restriction. For a mere two life, we now have access to cast our commander, and we get to draw a card to boot! Great! Street Wraith, Ichor Slick, and other cards with Cycling are great ways to enable the casting of Asmoranomardicadaistinaculdacar, and a just a fantastic way of smoothing the deck out.

Another mechanic that incidentally discards cards is Transmute. Shred Memory is the only listed Transmute card on this Madness theme page, but it is great for what we need. An instant that provides incidental grave-hate or a tutor for any two-drop in the deck is a lovely amount of flexibility. When we discard Shred Memory, not only do we get access to cast Asmoranomardicadaistinaculdacar, we also get to search through our deck for cards like Tectonic Reformation, Conspiracy Theorist, Feed the Swarm, or Thrill of Possibility, just to name a few. If you're interested in this kind of toolbox-y tutoring, there are other black Transmute cards that may pique your interest, so check them out!

The final card I included is the enabler of enablers: Tortured Existence. For a single black mana, we can discard a creature, Disentomb another one from our 'yard, and then have access to Asmoranomardicadaistinaculdacar out of the command zone. Tortured Existence can also trigger payoffs like Surly Badgersaur and Bone Miser multiple times a turn as well, giving us a way to either accrue value over time, or get out of hand incredibly quickly by juggling cards from the hand to the 'yard and vice-versa.

Instead of the usual "10 cards in, 10 cards out" I normally do, I went a bit over this time and swapped 13. It may not sound like a lot, but I've only gone through half of them so far! So, to prevent this article from going on forever, let's quickly go through the last few cards!

There we have it, an appetizer, main course, and a dessert! I hope you've enjoyed!

I can't say that Asmoranomardicadaistinaculdacar is more powerful than Anje Falkenrath, but I do think she ends up being more interesting than the latter's linear playstyle. Asmoranomardicadaistinaculdacar essentially having "Partner with The Underworld Cookbook" is an interesting angle that can even be a tad more focused on if you were looking to add in some more minor artifact synergies, like Goblin Welder or Daretti, Scrap Savant.

I think Asmoranomardicadaistinaculdacar has quite a bit of depth and is a fantastic addition to the Madness theme in our format, but what about you? Do you like Asmoranomardicadaistinaculdacar's slower, grindier way of enabling Madness, or do you prefer Anje's fast and loose style? Is there something in the middle with a different legend, like Chainer, Nightmare Adept? Make sure you let me know down below, I'd love to hear your thoughts!