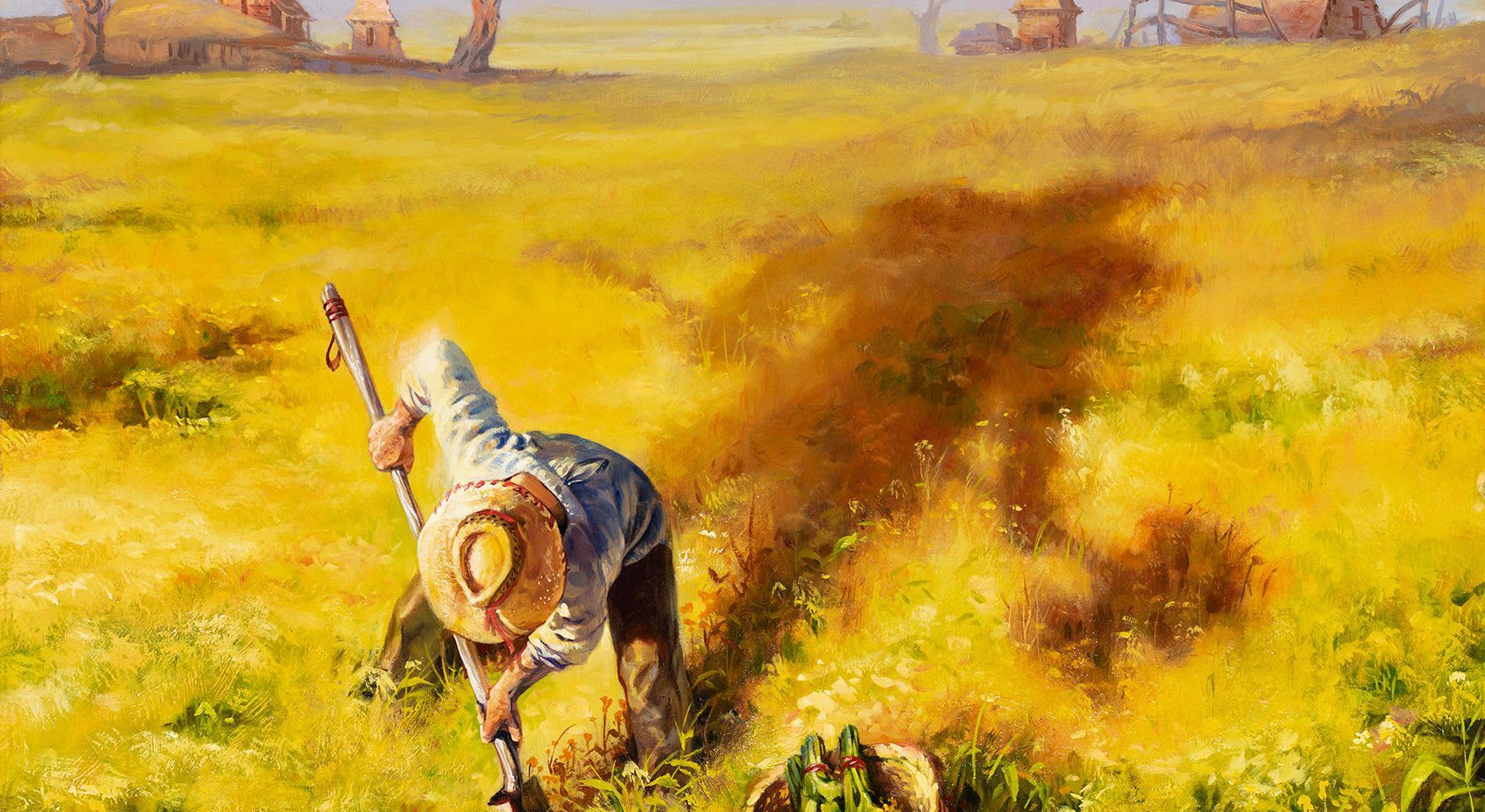 Let's Get This Party Started!

Hello, and welcome to the set review for the Commander Legends: Baldur's Gate preconstructed deck Party Time! We'll be joining the festivities and seeing how this Orzhov deck builds on the party mechanic that was first introduced in Zendikar Rising.

With the introductions out of the way, let's meet the one throwing this shindig!

Our host for the evening is Nalia de'Arnise. To understand what she does, we have to remember what the party mechanic even was. In order to have a full party, we must control a Cleric, a Rogue, a Warrior, and a Wizard. Once we've collected them all, then we can benefit from effects that care about having a full party. Party is a unique take on tribal decks, as we need four different creature types to make it work. Once the party has gathered, however, Nalia will give our guests party gifts in the form of +1/+1 counters and deathtouch; sheesh, that's a toxic party.

On top of that, she gives us the ability to look at the top card of our library and the chance to cast creatures off the top if they happen to be one of the party types. I'll be honest, Nalia doesn't seem that impressive. We could work with a counters theme since that's what she gives out, but she only does so when we have the four party members. Keep in mind that she's also a Rogue, so it'll be interesting to see if we'll even need too many additional Rogues to begin with.

Lastly, the deathtouch is okay. It'll be a good incentive for our creatures to get through, and I look forward to pairing them with Archetype of Courage to ensure they survive combat.

Thematically, Burakos, Party Leader is perfect to lead a party-themed deck. What makes them such a great leader is how they can fill any role that might be missing. By themselves, they can only generate one Treasure token, but this will scale as we grow our party. Only being able to make one player lose 4 life, at max, is a tad insignificant, so we'll need to rely a little more on our 99 in order to win. The Treasure production is where I think the main focus will be. We can pair Burakos with all the new Treasure synergies that we've gotten in the past few sets. Plus, if we pair them with Guild Artisan, we'll be accelerating our gameplan faster than any of our opponents, especially with cards like Rain of Riches.

And our new tribal stable is Folk Hero. White has been gaining more and more cool ways to draw cards, and I think this one will be a solid inclusion in any tribal deck with white. I don't think the "once per turn" clause is much of a downside since we'll most likely be casting one creature per turn for most of the early-to-mid game anyway, and it's so cheap to cast, too! Burakos, Party Leader, unsurprisingly, is probably our best choice to pair with Folk Hero, given they have five creature types to take advantage of. Our other choices, that I could see at a glance, were Ganax, Astral Hunter, Renari, Merchant of Marvels, and Skanos Dragonheart; each one forms pretty unique color pairings for what would be Dragon tribal decks.

New Phyrexian Arena??? I read this card a few times before I realized it even says "one or more"! That's an insane value at a hefty cost to our life total if we choose all three modes. In most black decks, I can see this being lose 3 life, make a Treasure, and a draw a card. The Changeling mode is a perfect fit in tribal decks. I like that we're seeing it here in the party deck as Changelings will help us meet our full party requirements, but in most cases, it'll be a way to have more Vampires... or Dragons... or Demons, etc, etc.

Solemn Doomguide is pretty narrow. It'll be another way to recur Changelings, but outside of tribal tribal decks, which already have Dregscape Sliver as an option, it'll mostly see play in the respective tribes that care about it.

I mentioned earlier that white card draw has been getting better, but holy cow, white has been getting some love in the ramp category. That being said, I think the community will see a white card that puts lands into play and call it the best ramp spell in white to ever grace the earth, and so in order to evaluate how strong Deep Gnome Terramancer is, I want to compare it to last year's best white ramp spell, Archaeomancer's Map. When the Strixhaven precons came out, we thought this was the best it was going to get for white, but there are some notable limitations to Archaeomancer's Map. Don't get me wrong, it's still an amazing card, but we're limited on two fronts: one, we're limited by what lands we have in hand, and two, by how many lands our opponents control. I've played Archaeomancer's Map, and after a few turns of getting it to trigger and putting me ahead, it stops working. Once we're ahead on mana, it doesn't do anything. And that's fine! Cultivate only gets one land into play and one to hand, so the fact that Archaeomancer's Map can do more than that is huge, but let's compare that to Deep Gnome Terramancer. The fact that it doesn't care if our opponents control more lands means this doesn't have a stopping point. It'll ramp us continuously and see every fetchland, Rampant Growth, and Archaeomancer's Map.

I think the two limitations Terramancer does have actually stop it from being the best ramp spell in the game. It only triggers once each turn and only if our opponents put in a land onto the battlefield that wasn't played, so it doesn't trigger with Exploration. However, getting to tutor for any land with a Plains type just means this card will see play in just about any deck that can afford it.

Harper Recruiter falls into the same niche that Solemn Doomguide does. It's an evasive creature that has the potential to draw up to four cards, but they must be one of the four party types. One thing I find interesting about Harper Recruiter is that it only draws on attack, so if we're playing it in Nalia de'Arnise or Burakos, Party Leader, it doesn't help us meet our full party requirement before the combat step, which feels a bit awkward given that Harper Recruiter was designed with these commanders in mind.

Unlike some of the other party-specific cards that we've received in this precon, I believe Seasoned Dungeoneer is the most applicable to commanders outside of party or any specific tribal deck. Did you forget that Kaalia of the Vast is also a Cleric? Or that Alesha, Who Smiles at Death is a Warrior? If any of your commanders in white happen to be a Cleric, a Rogue, a Warrior, or a Wizard, I'd highly suggest looking to see if Seasoned Dungeoneer can be slotted in, especially if the commander cares about attacking. Among the top 100 commanders on EDHREC, ten happen to be one of the party types that can also run Seasoned Dungeoneer. Not all of them should, but decks like Ardenn, Intrepid Archaeologist and Rograkh, Son of Rohgahh will welcome the chance to make Rograkh unblockable, and Sefris of the Hidden Ways decks will be happy to see a powerful card that'll help them complete more dungeons.

Stick Together is a possible one-sided Tragic Arrogance. Even if we don't have any of those creature types, this is just a five-mana sorcery that makes everyone sacrifice their creatures, and what makes it better than By Invitation Only is the chance that we'll have creatures that can survive through it. Similar to Seasoned Dungeoneer, if your commander happens to be one of the party types, this could be a great board wipe that keeps your commander around and wipes away everything else. Any creatures you happen to control with party types will be a bonus, but unfortunately, that can also be true for your opponents. While there are better options, I'm glad we're seeing new one-sided boardwipes that work with more specific commanders.

Multiclass Baldric is a fairly cheap Equipment that can either do nothing at all or be an effective tool for protecting your key creature, and it's busted with Burakos, Party Leader, turning them into a keyword soup creature. We'll still need three other creatures to trigger the full party ability, but that won't be hard to do in a party deck. Outside of this precon, however, I don't see it popping up in many decks. If there's one specific keyword we care about for a commander, there'll probably be better options. Cliffhaven Kitesail is a better fit if we care about the evasion and it's even able to cheat the equip cost, so unless you're including a ton of creatures from this new set that incidentally have party types, it's unlikely you'll want this Equipment for just one keyword.

This Party's Coming to a Close

I think this precon is solid, from incredible new cards to some impressive reprints. It appears that the deck has an aristocrat subtheme, which I'm digging with all this focus on the combat step. It's well-rounded without being broken in any way.

Which precon are you picking up from this set? Do you think the party mechanic is becoming a stronger archetype in commander, or does it still lack in power? Let me know in the comments!