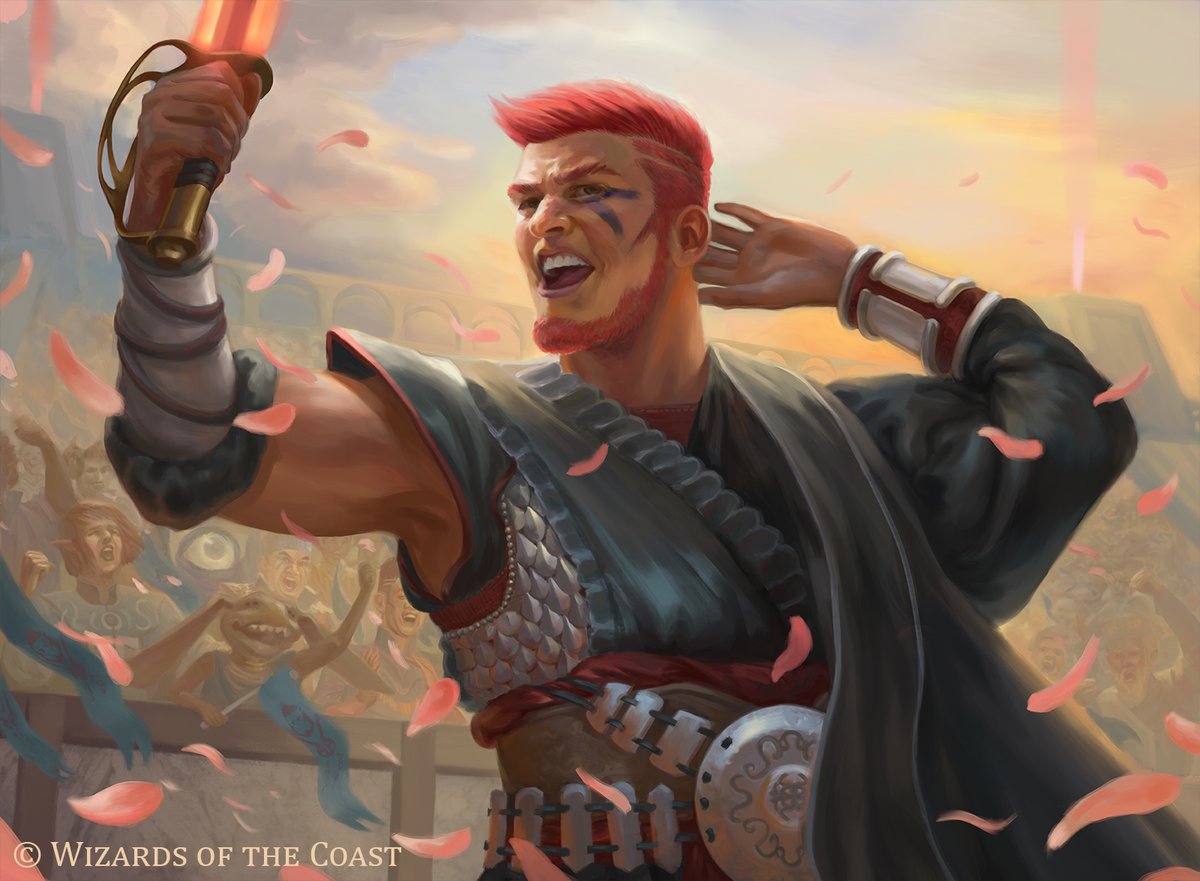 Battlebond is upon us, and Wizards has been kind. We've got sick reprints; sweet new cards; the return of partner, but with a twist; friend or foe cards; and more! Even if you aren't interested in playing Two-Headed Giant, the format Battlebond was designed for, you can't not be excited about the set. Let's jump right into the multicolor cards of Battlebond! Man, Wizards has been knocking it out of the park with these three-mana wraths lately. We got Bontu's Last Reckoning in Hour of Devastation, Slaughter the Strong in Rivals of Ixalan, and now Last One Standing in Battlebond! Now at three mana they all come with some downside. Bontu's Last Reckoning is probably the harshest downside of the three, while Slaughter the Strong's is the easiest to build around. But Last One Standing does something a little more unique than the other two. One random creature gets to stick around, and the rest bite it. This card looks like a fun board wipe, if a little complicated to resolve, as you have to factor every creature into the random selection — I already asked, no you can't pick a player at random and then pick one of their creatures. I hope you don't play in a meta with lots of token generation. Azra Oddsmaker is an uncommon, three-mana card drawing engine for aggro decks. Um..wow!? Your engine does require your attacker to connect, but in these colors you have access to menace, flying, deathtouch, skulk, and trample, which should make the—odds—of getting through pretty good. Being in black/red also helps you get added value out of the discard, you could reanimate the cards you discard, or flash them back, or eternalize them, or cast them for their aftermath cost, or...well, you get the idea. Even if you have to suck it up and discard a land or something, that's fine, you've just turned that card into two cards. A 5/6 body with flying. vigilance and trample for six mana is already really good, but Archon of Valor's Reach takes it a step further, allowing you to name a non-creature card type, and lock all players out of being able to cast that card type. Commanders like Gaddock Teeg, Sigarda, Host of Herons, Dragonlord Dromoka, and the new Shalai, Voice of Plenty tend to have a hatebears theme or package, and this card is a hatebear all growed up—a hatedirebear, if you will. He slots perfectly into the 99 of these decks, and, unlike most of his restrictive brethren, has no problem swinging in for tons of damage. Regrowing an instant, sorcery or creature in blue/black seems like an effect you would see a lot of, but the only other time we've seen this particular effect before was during Origins with Possessed Skaab, which isn't terribly playable since it exiles itself whenever it would die. Now, the rate on Vampire Charmseeker is considerably worse than the Skaab, but the abundance of discard and reanimate effects in Dimir makes it relatively easy to cheat the high converted mana cost. Also, Charmseeker does have assist allowing an opponent to pay up to six of its generic mana cost but don't expect your opponents to pitch in unless you find yourself in an archenemy situation and you're getting the one spell back from a graveyard that can save the table. The master bargaineer is back, Gwafa Hazid, Profiteer will make your opponents an offer they can't refuse. A quick rules refresher: Gwafa's bribery counter's don't work quite the same way as Obsidian Fireheart's blaze counters work. That is, if Gwafa leaves the battlefield, creatures with bribery counters can attack and block as usual. Still, a fun, political commander for any play group. The cost might be a little steep at six mana, but stapling Recoil to a 4/4 body isn't bad by any means. Dinrova Horror is in great reanimation/flicker colors, so once you get it out, it shouldn't be hard to recur the effect multiple times. If you can get your opponents hands to just a few cards, this can be a great way to permanently remove artifacts and enchantments in a color combination that ordinarily can't deal with those permanent types. Holy clone staple reprint, Batman! Evil Twin has never been an expensive card, but the effect is excellent, basically acting as a Dimir Gideon's Intervention. It's easier to remove than Gideon's intervention simply because it's a creature, but it also gives you a copy of your opponent's big threat, letting you use it against the table yourself. If you haven't had the chance to run this in your UBx decks yet now is your chance to pick up a copy or two. Speaking of clone effects, break out your bant lists, because cloning an Enduring Scalelord and putting a +1/+1 counter on any creature—like maybe a Toothy, Imaginary Friend?—will allow you to create two arbitrarily large Enduring Scalelords. May I recommend Stunt Double so you can flash in your Scalelord copy at the end of someone else's turn? Or perhaps Progenitor Mimic for an increasing army of giant dragons? Even without clones, this guy is a house in any +1/+1 counter-themed deck. Unflinching Courage has been a staple in GWx decks for years, especially aura-centric commanders like Uril, the Miststalker. The addition of recent cards like Tiana, Ship's Caretaker and Sram, Senior Edificer continue to make aura strategies more viable in commander by taking out some of the sting of the inherent card disadvantage of auras. Here's a reprint for your Grand Warlord Radha decks that mirrors her effect nicely. I've been running this card in my Ruric Thar, the Unbowed for awhile now, and the ramp you can get off of this card is pretty sweet. Assuming you cast it fairly, it doubles your mana production on the following turn and then continues to pump six mana out while dishing out four damage in the air. If you're running Aggravated Assault or Hellkite Charger—and one other mana source—you've got infinite combat phases. Here's a classic card that may have fallen out of favor a bit. Apocalypse Hydra may have slowly dropped from its $5 average to about $2, but it still sees play in 1,305 decks. Dropping this into the same deck as Savage Ventmaw can let bump that X in its casting cost way up, making a huge beater/pinger. It still does the same work it did back in the day, picking off tiny creatures and dumping all of its counters to finish off an opponent with low life. If battlecruiser magic is your thing, Apocalypse Hydra is a card you should try.

For the action today, I figured I'd take Archon of Valor's Reach out for a spin in my Dragonlord Dromoka deck. It's a twist on hatebears, where most of the bears are considerably bigger than 2/2 and have flying to boot. Archon slots into the deck pretty nicely, though I am slightly unsure how it'll hold up long-term since my card types are somewhat diverse. Let me know what you think of the list, and of the card, and how you're planning to use it.