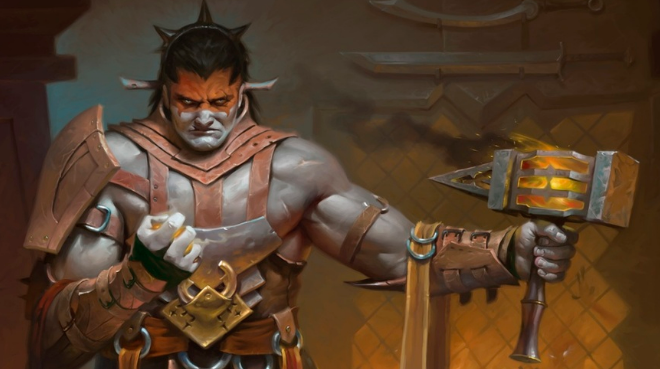 (Valduk, Keeper of the Flame | Art by Victor Adame Minguez)

In this article we’ll take a look into an aggressive mono-red commander, one that, because of its powerful kit, hasn’t been fully explored yet. I’m talking about Valduk, Keeper of the Flame.

At the beginning of combat on your turn, for each Aura and Equipment attached to Valduk, Keeper of the Flame, create a 3/1 red Elemental creature token with trample and haste. Exile those tokens at the beginning of the next end step.

While it’s pretty easy to just put Equipment onto Valduk and aggro people out of the game, I think that the consistent flow of enter- and leave-the battlefield triggers, not to mention the number of bodies on the battlefield, can be exploited to our advantage in a less obvious way.

It’s a shame that red lacks a proper Aura support. Valduk’s ability also counts Auras, which is a nice added bonus, but it’s hard to compete with the support that Equipment gets from red cards. Auras can potentially be more explosive, though, since they almost always will cost less mana to get onto Valduk than an Equipment. 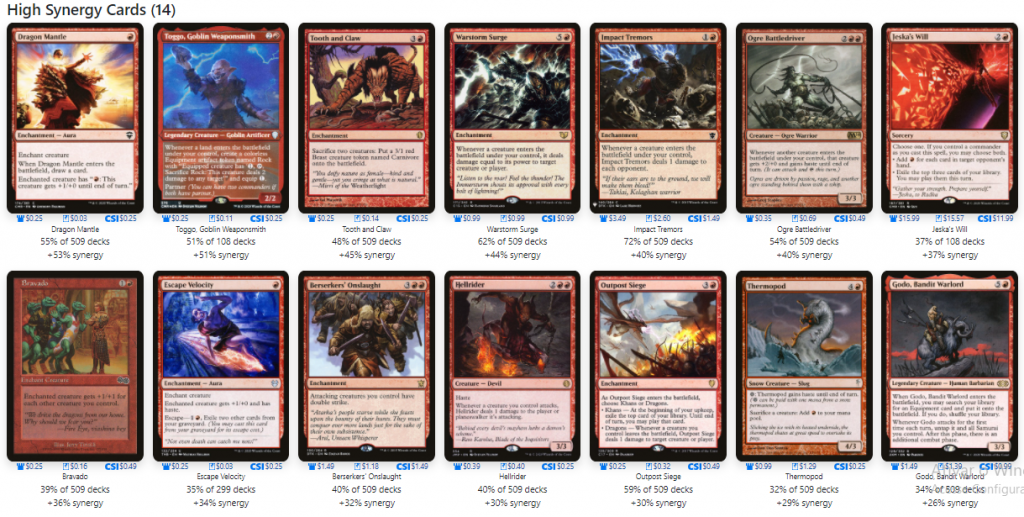 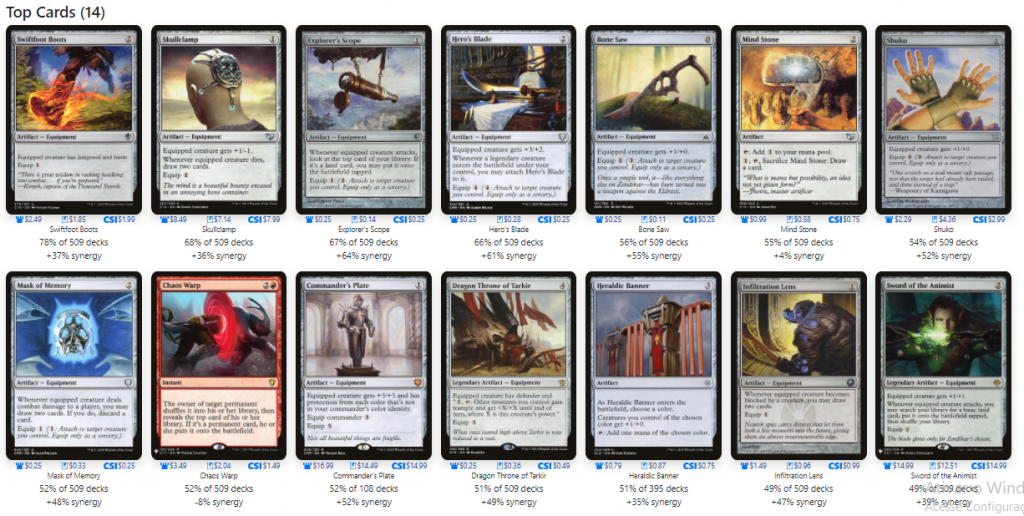 Most Valduk lists are heavily invested in enabling both the combat and non-combat aspects of creating a huge token army. It’s important to note that this is only one half of Valduk; it only explains the ‘why’ and not the ‘how’.

Additionally, most lists are more heavily biased towards Equipment, which isn’t a surprise, since red offers a ton in the way of artifact support.

Valduk’s ability to put lots of bodies on the field is powerful in a color like red, where we have some great go-wide support. However, we could use the bodies to fuel a completely different archetype: Vehicles. Valduk’s kit is great for the archetype because the tokens that we create all have 3 power, which is a very good value to Crew almost all the relevant Vehicles out there. This allows us to tune our Equipment suite to be mostly about protecting our commander, and, as a result, we get some added consistency because we’re not as threatened by removal as we would normally be.

Vehicles are cheap threats that, very often, dodge board wipes by being noncreatures on everyone else’s turns. Cultivator’s Caravan is one of the best Vehicles in the deck: it both ramps and provides a threat in a very cheap body. Smuggler’s Copter and Weatherlight give us a much-needed way to dig for new cards. Mizzium Tank is a powerful self-piloting Vehicle that grows even when we’re developing a board state. Skysovereign, Consul Flagship is a powerful “titan-esque” threat that threatens to Bolt something every turn.

Our Equipment suite is mainly there to protect our commander. Making sure our commander is always available to create tokens is crucial for our deck to run smoothly. Hammer of Nazahn is a great source of indestructibility that not only protects our commander but also makes future Equipment that much more effective. Champion’s Helm, Swiftfoot Boots, and Mirror Shield all help us dodge spot removal, while Darksteel Plate and Shield of Kaldra are both crucial pieces that let our commander avoid board wipes, just like our Vehicles do.

Aside from the protection suite, we need to run a few more Equipment to give a bit more consistency to our commander. We’re running some cheap options that are only there as a way to get more bodies on the field faster. Some, like Sai of the Shinobi and Cliffhaven Kitesail, are cheap Equipment that attach when they enter the battlefield, and there are others, like Bone Saw, Shuko, and Skullclamp, that are just cheap Equipment with a cheap Equip cost. Epiphany Storm and Prophetic Ravings are the only Auras in the deck, but they offer a very useful looting ability for our commander.

For our opening hand, we’re looking for one or two Vehicles to get things going. We can worry about having Equipment later as our Vehicle army grows.

In the early game, we usually have two lines of play: aggressive, playing Vehicles first, or passive, playing mana rocks first. The first line is better when we have a tight curve for turns two, three, and four, which reduces the immediate need for extra mana from mana rocks. The passive line is where we’re mostly trying to accelerate to one of our bigger Vehicles, or we’re just fishing and betting on a more explosive turn. Sometimes it’s efficient because we get to play our commander on curve and then an expensive Equipment plus its Equip cost.

By the mid game, we should have a few Vehicles out and should always be looking to hit someone with our creatures. At this point it starts to show the importance of finding one of our indestructible Equipment because losing our commander is a huge hit in our tempo. This is where we risk running out of steam, but if we can protect our commander, we can reach the point that just our tokens alone are a significant threat.

In the late game, random Vandalblasts aside, we can dish out some consistent damage. One area we’re lacking is big haymakers – between Equipment and Vehicles, finding deck slots without compromising is a hard task – but lucky for us, with the right amount of support, our commander can help us grind through longer games, because we’re now attacking on three different axes, so one of them is bound to burst through.

The good thing about our commander is that there are plenty of ways to take advantage of his tokens. Investing in non-combat-related ones, like Purphoros, God of the Forge and Warstorm Surge, is a good way to help us chip down our opponents, relieving some of the pressure on our Vehicles.

With almost half of our deck as artifacts, there’s a lot in the payoff department that we can use. Some recursion, like Goblin Welder, can go a long way to help us fight against removal, while cards like Ghirapur Aether Grid and Reckless Fireweaver are more thematic ways to chip our opponents.