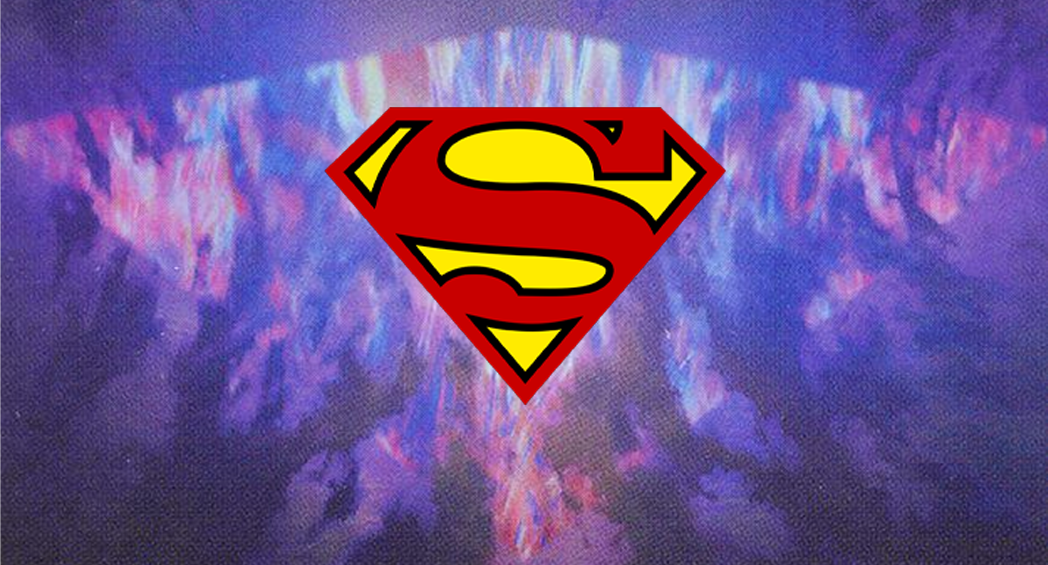 Look! Up in the Sky!

Hello, friends! In lieu of the usual Archetune-Up, today I bring you a special article thanks to the awesome folks at Dragon Shield!

Dragon Shield is releasing brand-new sleeves based on four superheroes from the DCCU, and they've asked us to create a deck based around each one of these heroes, and then write an article about it! In addition to that, they're sponsoring a giveaway! Check out our announcement video here, or stick around til the end of the article to learn more!

I'd love to be coy and clever with who I was I was assigned, but I'm sure you can guess by the banner who I'll be writing about. Today I'll showing off a deck built around The Man of Steel himself: Superman! Check out these new sleeves! When approaching this deck, I had quite a few options available to me. This is a top-down designed deck, so we're putting flavor first. As such, after much discussion and deliberation, I decided to take this deck in the direction of Superfriends. Superman has a lot of skills, powers, and abilities, but one that is most often overlooked is his ability to reach out to people, offer companionship, and team up with them to fight threats bigger than any one person. It's that idea which is the inspiration for this deck.

The Man, the Myth, the Legend

It's important to state outright that Gideon is going to be our Superman equivalent, and due to that, he will not be the headliner of the deck. I wanted to make sure we had access to other colors to get the full scope of Superman's character. I could have easily had Kytheon, Hero of Akros lead the deck, but that seemed like a bit of a disservice to him. To make up for not having access to Gideon in the command zone, I decided to include every Gideon into the deck. From the Golden Age Gideon Jura, to the Bronze Age Gideon of the Trials, they're all in here and all ready to mete out justice!

Due to Gideon being our Superman, he is the only planeswalker that shows up more than once in our deck. This is important to help us get our theme across.

Gideon and Superman have a bunch of important qualities in common; their sense of unwavering justice and always looking to do the right thing, their incredible strength and invulnerability, and their willingness to put their own life on the line and sacrifice themselves if doing so protects people, especially those they care about. See, I didn't just pick Gideon because he is nearly as handsome and attractive as Henry Cavill... though that obviously didn't hurt....

I did my best to fit as many Gideons and Gideon-themed cards into the deck as possible, as long as they made sense, of course. Cards like Gideon's Triumph, Gideon's Reproach, Gideon's Sacrifice, and Gideon's Defeat make sense in the context of both Gideon and Superman, especially since in the DCCU, we saw The Death of Superman arc play out between Batman vs Superman and Justice League.

Enough about making obvious comparisons between the two, let's look at some of the more specific Superman references baked into the deck, ones that encompass different aspects of The Last Son of Krypton.

Faster than a Speeding Bullet! More Powerful than...

Here's when we get into the fun part of the deck. It's all well and good to say Gideon is Superman, but what spells were printed throughout Magic's history that can relate solely to him?

Let's start off with my earliest picks for the deck. When I think of Superman's powers, a few specific ones come to mind: his Frost Breath, his Heat Rays, his Invulnerability and Indestructibility, his ability to fly and Levitate, his Brute Strength, and his Uncanny Speed. All of these are simple and have nearly perfect one-for-one analogues in Magic, which made them the first cards to go into the deck after Gideon.

Some more references that are packed into the deck include Superman's dog, Krypto, represented by Isamaru, Hound of Konda; Spark Double, referencing the various attempts to clone Superman, whether it is with Superboy or Bizarro; and Approach of the Second Sun, representing the power that our yellow sun gives Superman. Not only does our sun allow him to perform feats of incredible strength and provide him with superhuman powers, but it also gives him incredible perceptiveness and Overflowing Insight. His brawn heightened by the sun's rays, and so is his mind!

Taking some inspiration from the horrifying dystopia of the Injustice universe, we have a few more selections as well. For those unaware, in this universe, The Joker commits unspeakable, heinous deeds. These include tricking Superman into killing Lois Lane due to his own Tragic Arrogance, and nuking Metropolis in order to test Superman's moral compass. In the end, Superman breaks his morals, and he decides to Take Vengeance on the Clown Prince of Crime, finally killing him. He then decides to become a fascist tyrant, willing to do whatever is necessary to satisfy his sense of justice. He is nearly omnipotent, Always Watching for anyone or anything that would disrupt his Mandate of Peace. He's also not above doling out capital punishments and Supreme Verdicts against those who he perceives are against him. In this iteration, Superman is the villain, and a terrifying one at that, since he believes he isn't doing anything wrong and is doing everything for the greater good.

Finally, we have Superman's Fortress of Solitude, or in our case, our commander: Pramikon, Sky Rampart. Pramikon is our analogue to the Secret Citadel, forming our deck's base of operations. Pramikon provides an impregnable fortress from which we can seek to do good and snuff out evil at a moment's notice. Our Sky Rampart also allows us to help our friends by sparing them from problematic combat situations. We can selflessly offer ourselves as targets in their stead, or perhaps direct another player towards someone else who had been wreaking havoc up until that point in the game. The bottom line here is that Pramikon is our Secret Sanctuary, and it will help us fight against the forces of evil and provide important tools that are necessary for fighting crime!

The Most Super of Friends

As I alluded to earlier, one of the themes of this deck that I wanted to play up was Superman's ability to team up and work with other superheroes. We've seen this in multiple different forms of media: the DCCU's Justice League, the Justice League animated series, Young Justice... there are plenty of examples of Superman's penchant for camaraderie, so I wanted to make sure I captured that. To that end, I assembled our own Justice League of Magic planeswalkers!

We have seven members to our Justice League, not including Superman himself, so let's get to know them a bit better!

Both flavorful and powerful, these seven walkers make a great addition to our bevy of Gideons, bringing our Planeswalker count to a hearty fourteen.

To go along with these super pals, we have ways to call them when we are in need! Gideon's Resolve, Call the Gatewatch, and Ignite the Beacon are all ways that we can signal to our heroes that we are in dire straits. We are also reaffirming three of our member's oaths: Oath of Gideon, Oath of Jace, and Oath of Teferi. By having these three members of our team recite their oaths to fight villainy and defend justice, we can bolster our own strength with extra loyalty, card advantage, and the ability to have our heroes double their actions without worrying about fatigue!

Despite this fantastic line-up, Superman is always looking for more members to add to the Justice League. He always has his eyes open, scanning for potential recruits or honorary members. He isn't looking for them to take an oath; no, he seeks something a bit less formal: a vow.

Utilizing Vow of Duty, Vow of Flight, and Vow of Lightning, we can add to our allies and add honorary members to our team whenever we see fit! Is Ulamog's Crusher conducting themselves like an exemplary citizen? Well, perhaps they should join us! How about a Blightsteel Colossus who has done exceptional work cleaning up crime and dastardly criminals at your table? Perhaps by pledging themselves to truth and order, our friend Blightsteel can affirm their Vow of Flight, and continue their glorious work on the rest of the board! Anything is possible with friendship and justice!

When I was originally assigned to build a deck around The Man of Steel, I thought it would be a hugely difficult task. I thought I would have to scrape the bottom of the barrel for card choices and references, but it was much simpler and much more fun than I thought! Thanks to Magic being such a long-standing brand, we have plenty of cards that can work as stand-ins for Superman's abilities, or even Superman himself! While not every card is one I would play in a regular EDH deck, all of them are perfect for this theme and character.

I hope you enjoyed this entirely top-down take on a deck. Are there any cards I missed, or any you would add? Would you put together an entirely different deck? Let me know what you think in the comments below! As always, If you’d like to reach me I’m quite active on Twitter (@thejesguy), where you can always hit me up for Magic- or Jeskai-related shenanigans 24/7. If you have any comments, questions, concerns, or anything else of the sort, please don’t hesitate to leave them below or get in touch!

We hope you've enjoyed this first look at EDHREC's exclusive first look at Dragon Shield's newest line of Justice League sleeves, and don't forget that the best comment on each of our DC articles this week will win a FREE pack of the corresponding sleeve! Check back again on Tuesday, Wednesday, and Thursday to see the newest sleeve. The best comment on all four articles (or on our YouTube announcement) will win the full set of ALL FOUR sleeves, so we're excited to hear from you! Stay safe, wash your hands, and keep it super, friends!