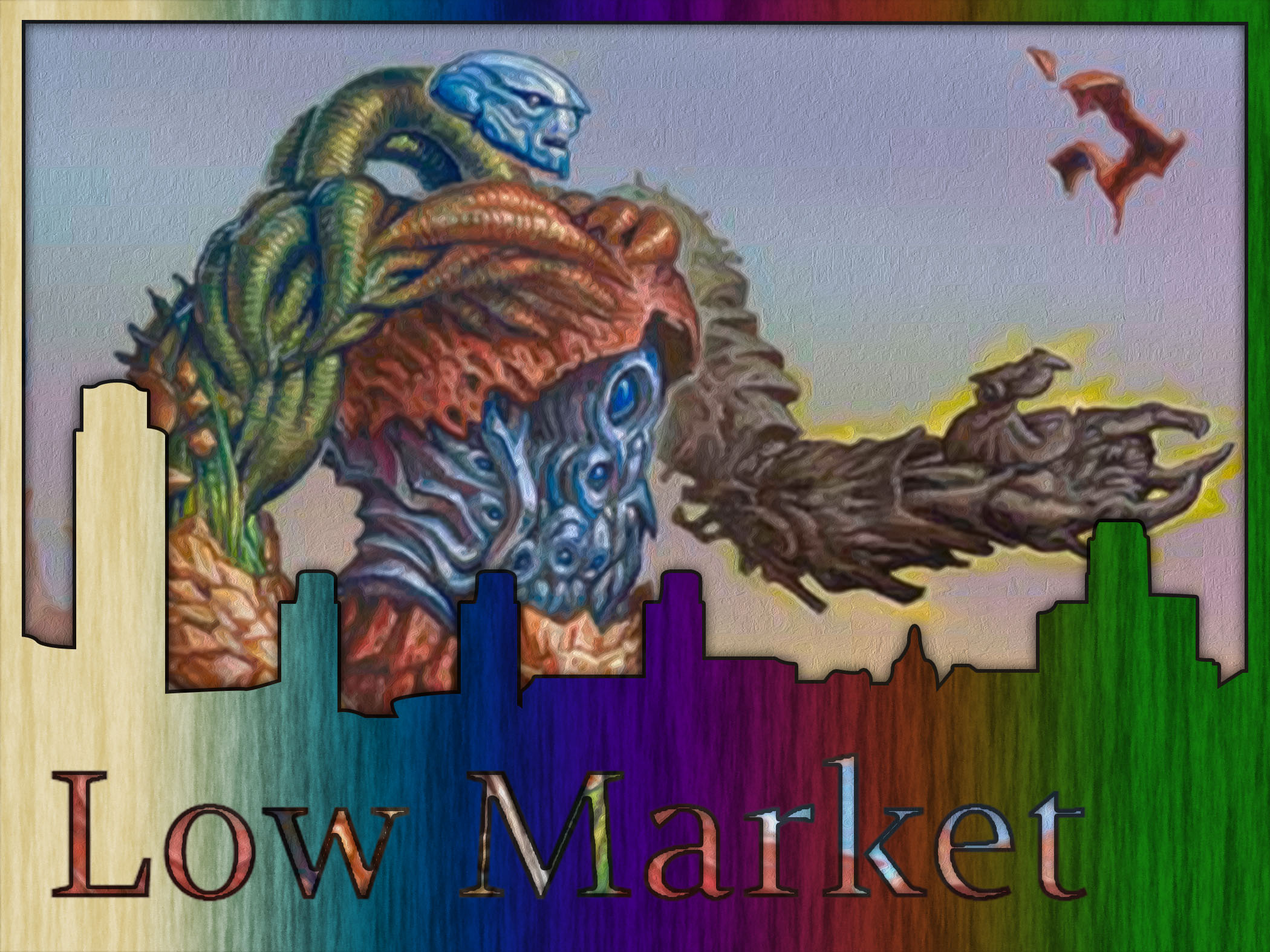 Many moons ago, we here at Low Market made a brief double-foray into Pauper Commander, a Commander subformat where any Uncommon creature can be at the helm of deck composed entirely of Commons. My love for this obscure little format has not diminished, so we're bringing you the triumphant (?) return of the Pauper Commander Double Feature. Our decks this time around: Composite Golem Zubera Combo, and Nyx Weaver Dredge! Let's start things off in five colors with Composite Golem. The broad workings of this Composite Golem Zubera deck should smell faintly familiar, for those who recall my five-color Hondens Enchantress article. Each Honden triggers an ability at each of your upkeeps, and these abilities scale with the number of Hondens you control. The five common Zubera (Zuberas?) have the same abilities as their Honden counterparts, but scale off of the number of Zubera that died this turn. Whereas Hondens thrive in a grindy, pillowfort deck, Zubera lean towards combo and reanimation. Our commander, Composite Golem, exists primarily as a way to build up mana for an explosive turn. Necessarily, we are playing all five of these Zubera... and then some. There are only five Commons with "Zubera" written on the typeline, but for more, we turn to our old friends the Changelings from Lorwyn, who are simultaneously every creature type. Our usual gameplan involves building a boardstate of at least one honest-to-goodness Zubera and as many additional Changelings / Zubera as possible, and sacrificing them all at once for maximum damage / card draw / et cetera.

In Pauper Commander, tutor effects are few and far between. This makes the mechanic Transmute especially valuable: a card with Transmute can be discarded to search for a card with the same converted mana cost. Conveniently, there are three Transmute cards with a converted mana cost of two: Muddle the Mixture, Dimir Infiltrator, and Shred Memory. These act as our sixth-through-eighth copies of our favorite Zubera, since we require a minimum of one Zubera to do anything impactful.

If we're already going to play all those Transmute spells, we might as well build a small package around them. Creature recursion like Disturbed Burial or Death Denied helps pump up our bursty combo, or rebuild if it went awry. Occasionally, we can use one-off sacrifice effects such as Fling or Altar's Reap. If we need repeatable sacrifice outlets, we go for one of our creature sac outlets, most notably Bloodthrone Vampire.

We would do well to recall that the second half of a Zubera's typeline is "Spirit". Kamigawa block is rife with Spirit-matters effects, and is home to the mechanic Soulshift, which is all about recurring our Spirits. Elder Pine of Jukai is efficient for providing excellent land-securing for the duration of its life, followed by probable Zubera recursion upon its death. Ribbons of the Reikai and Distant Melody are nearly identical for us, providing huge bursts of card draw (especially in a creature-heavy format like this one). Devouring Greed is one of the most niche cards that works fantastically in this particular deck, and contributes to some of our most destruction game-conclusions. We're not done with Pauper Commander yet: we're not even done playing in the mud (that is, the graveyard). Nyx Weaver is the perfect card for a Dredge-themed deck. It self-mills, it's in the most prominent self-mill colors, and it provides unconditional recursion, an effect that is extraordinarily hard to come by in Pauper Commander. (Also, I have a soft spot for enchantment creatures). Let's get to the deck!

Back to the Grind

A word of warning for the Weaver: this is one grindy, control-y deck. It tends to slowly build up its graveyard while landing bigger and bigger threats, efficiently employing its endless removal to keep the game going long. Even its alpha strikes take forever to build up to. Two of the more prominent win conditions are Undergrowth Scavenger or Soulshriek, both of which scale with the number of creatures in our graveyard. If we've been filling our 'yard for long enough, then we can flashback Traitor's Clutch to turn either of the previous cards into near-guaranteed direct hits.

The other sure(ish) way to defeat your opponents–potentially by making them concede from boredom, is to dismantle their access to resources. Y'know, like cards in hand. A surprising number of commons creatures like Mournwhelk and Augur of Skulls cause a player to discard multiple cards, which is further helped by creatures being the easiest card type to recur in this format. If you're worried about feeding into opposing graveyard decks (like, I don't know, 5C Zubera Combo), Nihil Spellbomb is just one piece of excellnt graveyard-hate available.

Pauper Commander is so boardstate-focused since mass removal is (understandably) difficult to come by at common. Fortunately for Nyx Weaver, at least two quasi-boardwipes exist at common: Evincar's Justice (which is by no means efficient) and Pestilence (which belongs firmly in the category of, "WHO THOUGHT THIS MADE SENSE TO PRINT AT COMMON?!") If you happen to find yourself besieged by auras–more common in PDH than in EDH–then Hush should address your concerns.

Broke from the Holidays?

My gift to you this holiday season: a pair of fun decks in an odd little subformat. Composite Golem checks out for $14.00 by TCG Mid pricing, and Nyx Weaver checks out for $24.00. Here are the two decklists on TappedOut. Care to chat about PDH, or share your own killer decks? Find me on Twitter, or shoot me an email. And, until next we meet, enjoy your time browsing the Low Market.