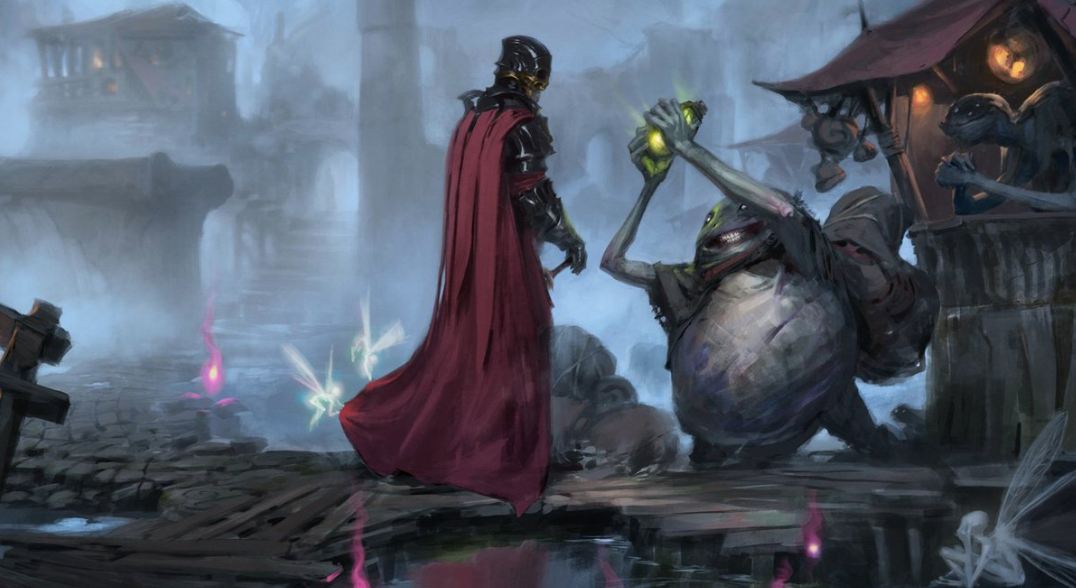 It’s My Necromancy and I Need It Now

Greetings everyone, and welcome back to Monomania. In this article series we build mono-colored decks as a way to explore ramp and draw packages that are synergistic with our particular deck’s strategy, and as a way to challenge staples and misconceptions about the color pie.

Today, we’re calling a lawyer for uncivil arbitration with a gaggle of seriously gnarly Demons. Once all parties are at the table, we’ll work something out.

Balthor is serious business. At first glance, this bomb seems awkward as a commander because of how fast commander tax stacks up because of his one-shot effect. Seeing play at the head of only 106 decks, however, there is certainly some room for exploration. His effect is certainly extremely powerful; asymmetrical mass resurrection can and will end games. Imagine having a Living Death in the command zone and all the possibilities that entails. While a win would be more certain if we were to run two-card combos, why not pursue a more fragile plan that is much more fun?

Namely, why not try to resolve the dispute surrounding Liliana’s Contract?

Liliana’s Contract is one of my favorite cards in EDH, and not because I’ve won with it. I haven’t. I love this card because it's an efficient draw spell with the faint promise of an unexpected win. There's a faint rush of adrenaline you get when sleeving it up, seeing all the possible lines of play that could lead to winning with this card. In this deck, however, we have the distinct chance to make fulfilling that promise a little more tangible. Balthor is a simple Dwarf with simple desires: he wants to fill the graveyard with beefy Demons, then bring them all back. Coincidentally, shadow-dropping multiple Demons onto the board just before our turn is also exactly how Liliana’s Contract will most efficiently win the game. If we can’t arrange this win condition, it might just be good enough to grind out our opponents with an array of massive Demons.

With all that said, let’s seek the legal advice of Balthor the Defiled who specializes in head injuries, diet pill lawsuits, and issues of soul custody.

Are You Suffering Injuries Related to Demonic Consultation?

To fully juice our strategy, we want to both reanimate fat creatures from our graveyard and produce enough mana to cast these creatures for retail price, if necessary. As such, I’ve included a variety of ramp effects to supplement the traditional Big Mana Black package that we associate with Cabal Coffers and Crypt Ghast.

First, we have a few creatures with the potential to power out a lot of mana in our particular strategy: Pawn of Ulamog and Sifter of Skulls both produce Eldrazi creature tokens that we can cash in for some fast mana. These two cards will allow us to sandbag mana to make big plays later in the game.

While these are both powerful cards, Bog Witch might be the sleeper in this deck. Everything about this card facilitates our strategy—discarding a choice reanimation target in order to produce three black mana is exactly what we want to be doing. This card only sees play in 441 decks on EDHREC and deserves a higher rate of play. Bog Witch doesn’t just fit in mono-black, either; consider her for any reanimation strategy with a low color commitment that also wants the ability to hard cast its bombs.

Black Market and Revel in Riches both fit perfectly in our strategy. While Black Market produces the most mana in the long term, Revel in Riches is also extremely potent, even if we’re not pursuing its alternate win condition. Whenever a creature dies, we’ll net one extra black mana every turn with Black Market. While Revel makes Treasure only when a creature dies under an opponent's control, the Treasure it produces is much more flexible. We can choose when to crack each and every Treasure, allowing us to better administer our mana on our turn as well as on our opponents’ turns.

Finally, the man of the hour: K’rrik, Son of Yawgmoth is just the man for this deck. Most of the cards we'll be dropping onto the battlefield include a few black pips in their cost, and Yawgmoth’s kid will accelerate our deck’s most powerful, explosive turns. Phyrexian mana is, indeed, a demented fever dream turned reality, and we’ll be able to abuse its power particularly well.

You May be Entitled to Boundless Power

The best thing about the Demons we most want to reanimate with Balthor is that they all have some sort of card advantage attached. This means that when we do spend resources reanimating creatures, they'll propel us forward, sifting through our deck for even more bombs. Whether its Vilis, Broker of Blood or Harvester of Souls, most of our Demons are certain to net us at least a card or two for our trouble.

I'll highlight two Demons that exemplify this principle: though perhaps one of the weakest of these effects, basically functioning as Phyrexian Arena copied and pasted onto a five-mana Demon, Bloodgift Demon is one of the cheaper Demons in our list, and it deserves a spot both for its playability and its ability to be reanimated. Razaketh, on the other hand, is the most powerful card advantage effect available to us. A repeatable tutor will not only allow us to dig, but also find exactly what we want and need for the moment. Need to review the fine print? Go grab Liliana’s Contract. Is the board a bit cluttered? Decree of Pain is only a search away. Time to trawl up every creature in the graveyard? Rise of the Dark Realms.

While we’re on our way toward those bigger creature-based draw effects, though, we can also leverage other ways to gain card advantage. Dark Bargain is an underrated draw effect in black, seeing play in only 589 decks. Ambition’s Cost is included in 3,353 decks, and Ancient Craving in 2,718. Dark Bargain is better, in my opinion. While you only get to keep two of the three cards you see with Dark Bargain, it is an instant and it puts a card directly into your graveyard, a definite upside with Balthor. I’d take that deal any day.

Final Parting, another underrated card from Dominaria, is also very powerful here. Entomb and Diabolic Tutor stapled together may not seem amazing, but it is strong. Any time two good effects are packaged together on one card, the result is worth consideration. Finally, Oversold Cemetery is incredible in EDH. Every turn, we’ll be able to return a utility creature from our graveyard to our hand to further fuel our plan. This type of card is the engine that keeps a reanimator strategy chugging along.

Now that we’ve examined our ramp and draw strategies for this commander, let’s see how it looks all together. It's important to note that this style of deck has some serious weaknesses, chief among them being vulnerability to graveyard hate. Even so, it's also a lot of fun to pilot. Built as it is with a decent amount of powerful ramp effects, we should still be able to play fairly if somebody decides to nuke our graveyard.

Among the other notable inclusions here, we have a few different auxiliary strategies to support our main game plan. Crook of Condemnation finds a place here alongside Bojuka Bog and Nihil Spellbomb. Although Balthor only returns black and red creatures to the battlefield, we want to ensure that this effect is as asymmetrical as possible. These cards will all help ensure that we benefit the most from our mass reanimation.

To fill our graveyard, we also have a suite of effects including Golgari Thug, Stinkweed Imp, Dakmor Salvage, Stitcher’s Supplier, and Buried Alive. Beyond Balthor, we also have several other mass resurrection effects such as Finale of Eternity, Rise of the Dark Realms, and Living Death. In conjunction, these cards should help us dump our library into our graveyard and spit it all back up onto the battlefield. Here’s what I came up with; as always, season to taste.

What do you think of Balthor? Are there any notable omissions—bombs, facilitators, or alternative strategies? Do you tend to build around alternative win conditions? Let me know in the comments below! Remember to EDHREC responsibly: always dig a little beyond the statistics. I’ll see you all on down the road.