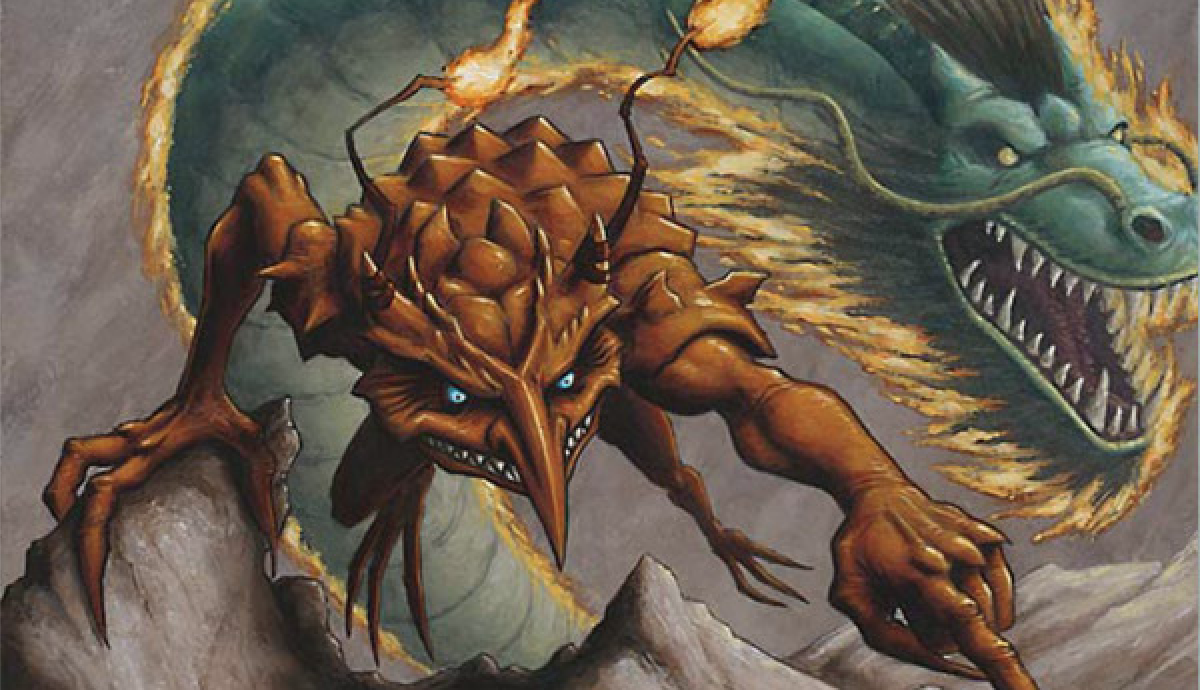 Greetings everyone, and welcome back to Monomania. In this article series we build mono-color decks as a way to explore ramp and draw packages that are synergistic with our particular deck’s strategy. In these articles I try to challenge staples of and misconceptions about the color pie. Today, we're making off like bandits and flirting with the infinite.

Kiki-Jiki is an infamous card in the history of Magic: the Gathering, notorious as a linchpin in various two-card infinite combos. Chances are that if you bring up Kiki, the majority of Magic players will immediately recognize the name. It may even call to mind his most salient partners in crime: Pestermite and Deceiver Exarch. In Commander, we can’t include either of these cards with him at the helm. Perhaps that is why Kiki’s reputation in competitive formats hasn’t translated into EDH popularity—his most familiar combos aren’t available to him. Shockingly, Kiki only leads 192 decks listed on EDHREC. For such a unique effect, this card sees very little play in the format. Let’s see if this is justified. Is Kiki a monotonous combo-in-a-can? Or is he sufficiently nuanced to lead a fun and interesting deck?

Outside of the combo potential, three types of effects seem like they will play well with our general: creatures with potent “enters the battlefield” triggers, sacrifice outlets, and Threaten effects. Creatures with powerful ETB triggers make great targets for Kiki’s ability. Sacrifice outlets allow us to gain advantage out of tokens that are going to the graveyard anyway. Finally, ways to steal our opponents' minions until end of turn become very powerful in combination with a high density of sacrifice outlets. If an opponent is playing a commander like Yarok, the Desecrated or Brago, King Eternal, we can even steal their creatures, make a token, and then sacrifice the original to try to keep up.

With this direction in mind, let’s take a look at how we’ll abuse Kiki.

I've included several staple mana rocks in this deck to ensure that we can get our general online quickly. We have the Extraplanar Lens package alongside Coldsteel Heart, Fire Diamond, and Star Compass. Outside of the obvious, I've also found several creatures that produce some sort of ramp when they enter the battlefield.

Treasure tokens aren't a permanent form of ramp, but they can supplement our ramp package and fill in gaps. The versatility of these sub-optimal cards comes from their interaction with Kiki. While we would much rather produce more value with our commander's ability, copying creatures that produce Treasure can help us build up to a more explosive turn later in the game. While Emrakul's Hatcher provides more potential mana in theory, the fact that Eldrazi Spawn are more fragile makes them slightly less valuable because they are more liable to be swept up in an errant board wipe. The temporary nature of these mana-producing tokens presents important decision points to the player—how to prioritize plays, which cards are imperative to a particular moment, and how to play around removal such as board wipes.

Finally, as always, I've included some of the Ixalan transform cards. If this is your first time reading Monomania, welcome, and these cards are my darlings. Each of them provides a decent effect on their face, and land ramp on the back end. They are fantastic tools for mono-color decks to overcome ramp shortages. Dowsing Dagger is a card that I haven't written about before, but seems like a good fit here. This deck includes 32 creatures and plenty of ways to steal creatures to clear the way for our attackers, a perfect way to flip this card. Giving an opponent two Plant tokens is also a fun political tool, perhaps making an ally in exchange for a minute amount of value. On top of all this, the Dagger's land variant is among the most powerful in the cycle, impersonating Lotus Vale and the more recent Lotus Field. Any card that can be compared to something with 'Lotus' in its name at least deserves consideration.

In terms of draw effects, we're looking for creatures that can be abused by Kiki. By searching through Scryfall and the EDHREC page for Feldon of the Third Path, I've found a few creatures with card advantage attached to their ETB triggers.

First, we have the rent-before-you-buy effects that have become the classic style of card advantage for red. Dire Fleet Daredevil and Abbot of Keral Keep can be continually abused as Kiki tokens. Dark-Dweller Oracle provides card advantage attached to a sacrifice outlet, an effect we're hungry for. All of these cards cost two mana, a small investment for the potential to gain incremental card advantage over time.

Here we have a suite of artifact creatures that also provide piecemeal card advantage that can become significant if triggered more than once. Filigree Familiar does not draw a card upon entering the battlefield, but because Kiki specifies that you sacrifice rather than exile the token at the end of turn, a token of the familiar will draw us a card.

Finally, we have a few oddball card advantage inclusions. Humble Defector is very entertaining and if you haven't tested it out with your playgroup yet, I highly recommend it. Depending on how your friends play, you can sometimes make deals to pass the Defector back and forth. With Kiki, however, we can avoid the downside. With a sacrifice outlet and Kiki on board we can make a defector token, tap it to put its effect on the stack, sacrifice the token, and draw two cards without giving our opponents anything. If we feel like being more generous, we can fill our opponents' boards with Defector tokens.

Hoarding Dragon tokens can also be an incredible form of card advantage,tutoring for some of our powerful artifacts. Mindclaw Shaman may not look like card advantage, but actually acts as a two for one, filching a spell from an opponent's hand and also casting it. It's a discard effect and an extra spell in our hand at once.

With all of these considerations taken into account, let's put it all together with a decklist.

Among the notable inclusions, we have a mix of combo pieces and fun tech. With a brief examination of Kiki’s EDHREC page, we find a significant combo piece. Zealous Conscripts sees play in 82% of Kiki’s decks and is an instant inclusion here. Our commander couples with the Conscripts for an easy two-card combo that can end the game on the spot by creating infinite Conscript tokens. If we don't want to draw the ire of the table, Zealous Conscripts also plays into our strategy of stealing our opponents' creatures for sacrifice fodder.

Sundial of the Infinite, if activated correctly, can allow us to keep our Kiki tokens. In the end step, when the tokens' sacrifice triggers go on the stack, we can activate the Sundial, end the turn, and cause the triggers to fizzle. Clone Shell is also an extremely fun target for our commander, allowing us to dig for creatures with powerful ETBs turn after turn and put them directly into play. Finally, we have a set of mass Threaten effects with Mass Mutiny, Mob Rule, and Insurrection. Mass Mutiny has less potential to end games, but Mob Rule and Insurrection absolutely can. And if they don't end the game, our sacrifice outlets can also turn these spells into mass removal.

So what do you all think of Kiki-Jiki in the command zone? Is there fun to be had with this general or should he be left to other formats? How would you build this deck? Let me know in the comments below! Now that the deck building is finished, we can answer the most important question:

Remember to EDHREC responsibly: always dig a little beyond the statistics. Have a good one, and I’ll see you on down the road.