Ranking Every Equipment with EDHREC – 2021 Edition 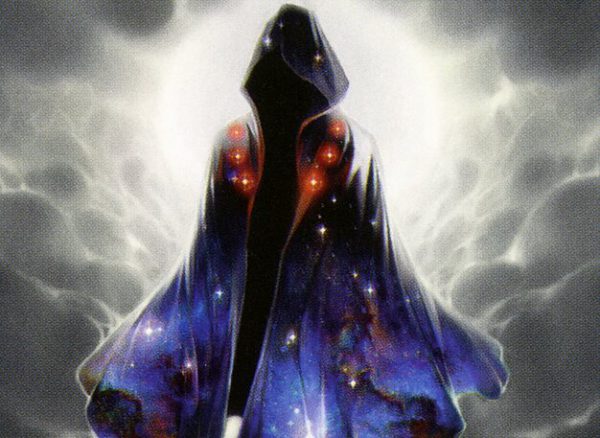 Just A Few Things To Go Over

Welcome back to this little catch-up series thing where we're talking about all the stragglers from 2021 that fit into our various rankings from time gone by! This has been chugging along surprisingly well. I managed to squeeze everything I wanted into the last two articles, so I'm feeling optimistic for whatever else the year throws at me!

What's next? Equipment? Seems simple enough. How many Equipment cards came out in 2021?

Well, that's not gonna work! There's no way I can do over 50 detailed write-ups without finally making my editors snap. We're gonna have to clear the deck of a lot of these before we get into the nitty-gritty.

It's time for a lightning round!

All The Equipment I Didn't Have Space For

I'd say Dancing Sword is the most underplayed Equipment of the year. It's not flashy, but two mana to cast and one to Equip is a pretty good deal even if the extra text on this card never comes up.

The real value, though, is that when your Voltron commander dies, you can then just pay 1 mana and get an evasive body that can wear all your Equipment and finish the job. I like it a lot! Certainly try it over the bajillion random trample Equipment.

Over, Under, or Just Right? Underplayed: Had to get one trample dig outta the way. It's tradition at this point.

This is one of those things where the extra text here hinders the card's playability more than it helps. Ignore the creature text, and Giant's Amulet is one mana for a hexproof Equipment, and it's 25 cents! That's a real solid deal. Similar to Mirror Shield, it's never the best way to give hexproof, but it's always gonna be cheap, and thus it'll always have a home in random decks that need to protect their commander.

Over, Under, or Just Right? Underplayed: This is unrelated, but has anyone played against a Xanathar, Guild Kingpin deck yet? I'm both sad and relieved that I have not.

We're on a hot streak of cards that I'm very happy exist. In this year, we got a lot of flashy Swords of Death and Destruction that the budget decks are never gonna have access to. At least this year those decks got Plate Armor as a large buff with a zero-mana Equip! It doesn't have any fancy damage triggers, but it's incredibly trivial to turn on in Equipment-based decks, which means you can throw Armor in everything from Kemba to Koll to Galea to any other Equipment general you please!

Over, Under, or Just Right? Underplayed: Definitely my favorite Equipment that came out this year.

Kaldra for the modern age! Getting out Hand of Vecna, Eye of Vecna, and The Book of Vile Darkness will not win you the game, but it will definitely impact the game, and it's flashy enough that you will feel rewarded even if your opponent untaps and throws Craterhoof Behemoth at your face. I expect to see a few dedicated Vecna decks to pop up over the next few years.

Although, unlike Kaldra, the individual pieces, like Hand of Vecna, are more playable by themselves. You need a specific deck for Empyrial Plate, but it can singlehandedly make certain commanders lethal, like Eligeth, Crossroads Augur. Hand of Vecna even has free Equip when you need it, which is very silly. If Empyrial Plate is underplayed, then Hand of Vecna is super duper underplayed. Gosh dang.

Over, Under, or Just Right? Underplayed: Also, while we're here, I've been getting very good use out of Eye of Vecna. Back in my day, we had to play Well of Knowledge for our colorless card draw needs.

At first glance, the Belt of Giant Strength looks odd because you obviously want to have a large creature to make the Equip cost cheap, but if you then have an 8/8, this belt only gives +2/+2. It's clunky when played fairly.

Over, Under, or Just Right? Just Right: I do think it's a little bit win-more, but it could also end a game very quickly, so I'll give it a thumbs up.

It's time for another installment of "Why the heck do they keep making good Equipment for Aura decks?" Holy Avenger has a damage trigger that can cheat out Eldrazi Conscription, but it isn't an Aura itself, so it doesn't have synergy with Mesa Enchantress, making it a tough sell to play when you could just play more powerful Auras. I'll probably end up casting those fancy Auras instead, thanks.

Over, Under, or Just Right? Overplayed: I could imagine playing this if you're split down the middle between Auras and Equipment, like Galea, Kindler of Hope, but it's still so awkward. The more Auras you cut to make room for all the Equipment, the worse this trigger is.

Do you remember all those generic flying Equipment we saw before, like Wings of Hubris? Well, Zephyr Boots is miles ahead of any of those. It's a little awkward at two mana to Equip, but that's not a bad rate, and you get good evasion that also loots entirely for free!

Over, Under, or Just Right? Underplayed: When you want a flying Equipment, why not pick the one that smooths out those crunchy draws while you smash face?

Mask of Griselbrand seems very slow. I don't think you want this in commanders like Meren of Clan Nel Toth. Not only is it not the most powerful thing you can do in that deck (even Corpse Augur is gonna do more for you over time), but it doesn't even look that unique or fun. It's kinda dull for what it does in the graveyard-value-style decks.

So if we're not doing that, what are we doing here? You can't really play this in Aristocrats, because again, it costs three to Equip. I guess we can steal Jevin's idea and play it in decks with scalable commanders that we don't mind dying, like Skullbriar, the Walking Grave. The lifelink and flying are gonna matter more there, but at the same time, you still don't want Skullbriar dying randomly. You'd rather protect him than derp around with this.

Over, Under, or Just Right? Overplayed: Where's that leave this card then? Willowdusk, Essence Seer? Greven, Predator Captain? None of these are doing anything for me.

This is the fastest Armory of Iroas I've ever seen, which sounds like a compliment, but it isn't. The Armory Iron is the slowest card I've ever seen, so Fractal Harness is still not something I'm excited to play. It can be super good, but it also can just put two counters on your creature, and that's super mediocre.

Here comes a new challenger in the battle between Neurok Stealthsuit & Lightning Greaves. Ward 4 might not be completely guaranteed protection on Winged Boots, but it makes that Swords to Plowshares cost five mana, and no one is ever gonna take you up on that offer unless things get real bad.

The question is, do you want flying, or haste, or the flexibility of protecting anything? Each of those kinda have their own niche for certain decks, but giving rather good evasion (and also being much cheaper than Greaves) gives Winged Boots some large own advantages in this contest.

Over, Under, or Just Right? Underplayed: Put some boots on your crab!

Over, Under, or Just Right? Just Right: I will 100% call it Sorpal Vword. No reason other than I find it funny.

Kaldra Compleat joins the ranks of Argentum Armor and Colossus Hammer as an Equipment to try and cheat onto a creature. The upside here is that you can cast this as a 5/5 creature with a bunch of dumb abilities. It won't win the game, but it will be pretty annoying. Downside is that it's the hardest to cast. They'll be no turn-three 12/12 here like you might get off a Colossus Hammer.

All of this is fine to poke and speculate on, but when you cheat any of these on a creature, they're all pretty equivocal. They all make whatever is wielding them a massive threat, so you can't really go wrong.

Over, Under, or Just Right? Just Right: Compleat is worth adding to whatever Equipment deck you have that have ways to cheat the Equip cost, but I don't think I'd jam it in the average Equipment deck.

I was not super high on Robe of Stars when it was first spoiled. I saw the utility; Phasing can often play out like a hybrid between indestructible and hexproof, so it might protect it better than either of those would do individually. That's neat, but Robe costs two mana to activate, which means you need to leave up two mana for the rest of the game to protect your creature. That feels like a tougher sell than the free protection of Lightning Greaves and Darksteel Plate, even if they don't protect from everything.

However, now that I've finally seen it a few times in play, I can proudly say... it's been even worse than I thought. Yeah, my contrarian instincts remain implacably annoying!

Not only does it only work when you leave up mana, Phasing removes the creature from combat. It turns an Infernal Grasp into a Fog for your commander. That's better than the commander dying, but hexproof and indestructible would eliminate that possibility entirely. Robe seems far too cute for me. It has some unique application, but it seems seems worse than other options.

Over, Under, or Just Right? Overplayed: Maybe I'll see some better games with it, but for now, I'm way down on this.

Goldvein Pick, on the other hand, has been everything I wanted and more! I think people are getting a bit sick of Treasure tokens, but this isn't a mean old Dockside Extortionist for degenerate combo decks. This is fair ramp for creature decks, and similar to Sword of the Animist, our format needs those quite a bit. Goldvein Pick is such a nice card to have, not only for Voltron decks, but for less competitive strategies to gain the value they need to keep up!

Over, Under, or Just Right? Just Right: I didn't even touch on the synergy in artifact or token decks. Gosh, this card is awesome!

I expect Sword of Hearth and Home to either get close to, or overtake, Sword of Feast and Famine. Turns out Sword of the Animist with a ton of extra text is a real good card! This is one of the few Swords that not only have coolness factor from the format, but also is bananas in Commander, meaning that Timmy/Tammy, Johnny/Jenny, and Spike can all sign off on it.

Over, Under, or Just Right? Just Right: Oh, yeah, and it also blinks, because why shouldn't it be extra bananas in the Roon of the Hidden Realm decks?

There, I Was Nice To A Sword!

Well, three down. One big, hefty, land-themed article remains! In the meantime, let me know whatcha think about this batch. How wrong am I about Robe of Stars? How right am I about Giant's Amulet? What thoughts must be expelled from your brain? Put it all in the comments. Until next week!