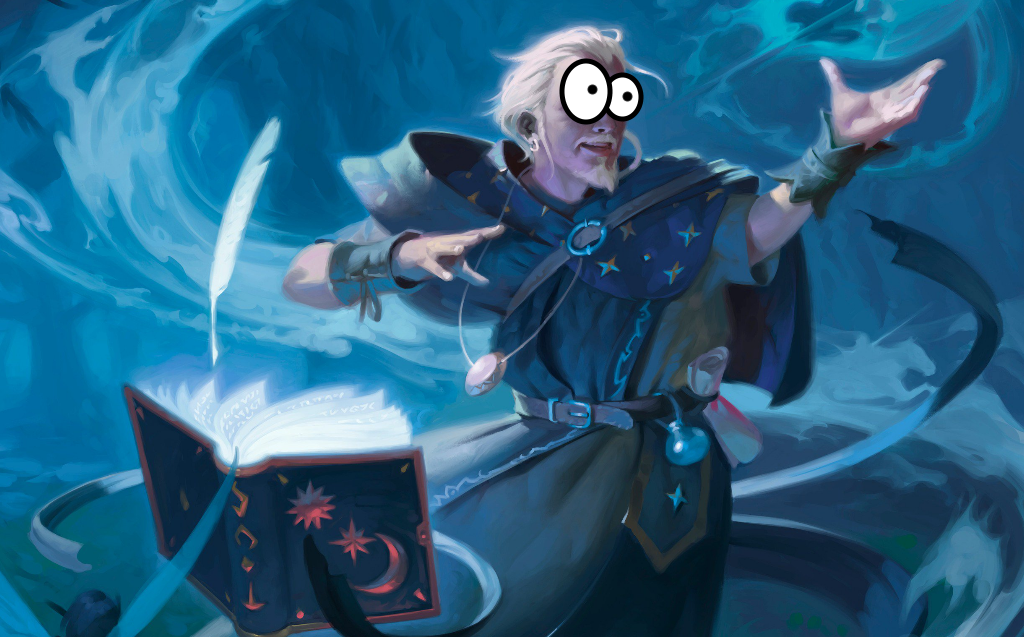 Greetings, fellow EDH addicts. Welcome to another iteration of Shape Anew, where we will create a decklist around super popular commanders, but must use at least 40 cards not featured on their EDHREC main page! Different card choices are explored to find original strategies for these popular commanders. This month, it’s time for none other than:

Get in Your Own Chulane

I think most of us have had a phase in our Magic career where we had a vague idea of different sets, but couldn’t quite place them in the Magic timeline. It was all just a beautiful world to be explored. My most vivid memories of experiencing this concern Kamigawa cards, as their absurd aesthetic and weird names really stood out. Its Spirits especially caught my eye, as I’d never seen such tribal synergy before, except for my brother’s Elf deck, which I loathed.

Ever since then, I’ve tinkered with different Spirit builds. The closest I got was an Aura deck built around Tallowisp which I really enjoyed. Over the years, though, I learned that the Kamigawa Spirits were a meme: nothing good could come of them, and we'll never return to their plane. But maybe that's not even necessary to make them good…

When the Brawl decks were announced all those months ago, my initial opinion of their commanders was quite low. They seemed to be just goodstuff legendary creatures with nothing too interesting to them. I admit now that I was wrong, because after I slept on it for a few weeks it dawned on me: the cast trigger of Chulane, Teller of Tales. Where had I seen such a mechanic before?

Chulane is one of the very few legendary creatures that cares about casting creatures, let alone Spirits. The only other creatures that care are… well… other Spirits: Celestial Kirin, Kodama of the South Tree, Anafenza, Kin-Tree Spirit or Oyobi, Who Split the Heavens, to name a few. They’re lacking as commanders because of their monocolored identity, but are still good inclusions in the 99. Mass removal, mass pump and trample, and 3/3 tokens are nothing to scoff at.

On top of that, there are some non-legendary Spirits. Sire of the Storm or Primordial Sage will draw you cards, and Loam Dweller lets you play extra lands. Together, they form a pseudo-Chulane! Elder Pine of Jukai and Bygone Bishop provide some additional casting value as well.

We want to cast these Spirits as often as humanly (Spiritly?) possible, and Chulane helps us with that by having us continually draw them. Niblis of the Breath and Teardrop Kami untap Chulane so he can return more cards to our hand, himself. However, it’s always nice to have a fallback: Lantern Spirit or Spectral Shepherd return Spirits to our hand for additional casting triggers, and Equilibrium works for both casting triggers and returning (your own) creatures to their owners' hands.

As card draw and mana ramp is provided by our commander, the main thing missing from our toolbox is interaction. We want to make sure that our opponents’ threats keep off of our side of the board, or, barring that, perish. The easiest way to do this is to just let them perish. Creatures die with Hanged Executioner, artifacts with Kataki, War’s Wage and enchantments with Nikko-Onna. Even graveyards fade away with Remorseful Cleric.

We even employ a few Spirits that’ll persuade our opponents to invade another battlefield. Windborn Muse is an obvious example of this, but my favourite Spirit in this category is Permeating Mass. Any opponent would be cautious to swing with their value creatures into it for fear of permeation. It is virtually unblockable for the same reason.

There’re quite a few tribal synergies to abuse while casting Spirits, and they can be even more numerous if we include a few decent "choose a creature type" cards. The artifacts, in particular, fit precisely into our strategy, with Door of Destinies and Vanquisher’s Banner even specifically caring about casting creatures from our tribe! Urza’s Incubator makes the Spirits so cheap that casting multiple a turn becomes considerably easier. All three of them on your side of the table at the same time? Oof…

In addition to the artifacts, we’ll be casting some tribal enchantments. Kindred Discovery is a favourite of mine because it is SO GOOD. With just a few Spirits, we’ll be keeping our hand filled throughout the game. Spirit Bonds increases our Spirit count and protects our most important pieces. Note that both of these benefit from us casting a lot of creatures.

Last but not least, we have Steely Resolve. This is a truly underutilized enchantment, probably because it’s quite old and therefore unknown. When it resolves, any opponent will truly struggle getting rid of our spiritual engines.

We won’t have an infinite supply of Spirits, and Chulane has a target on his head, so we've got to be able to perform even without him around. Digging up our passed-away Spirits from our graveyard (ironically as it might sound) is a good way to keep the value rolling. Angel of Flight Alabaster does so constantly, while Iname, Life Aspect does it once, big-time. Forked-Branch Garami might be a lesser version of the effect, but we’ll take what we can get.

Once our floating friends have returned, we have to keep them safe. This might also be a way to keep Chulane around longer. Hexproof through Drogskol Captain and Rattlechains, or indestructible through Selfless Spirit, are excellent ways to accomplish those goals. I especially like the mini-engine that the latter one creates with Angel of Flight Alabaster. That Spirit is truly selfless.

As mentioned before, the main thing we’re missing is removal. There’re two kinds of removal that benefit our strategy: Arcane removal and mass bounce. Our Kamigawa spirits don’t just love each other, they also enjoy the presence of Arcane spells. Think Rending Vines, Wear Away or Terashi’s Grasp. These'll take care of annoying artifacts or enchantments. Also, don’t forget that Crib Swap counts as a Spirit for casting purposes!

Then we’re left with mass bounce. A card like Coastal Breach can get us out of a pickle while also fuelling our Spirit-casting strategies. Time Wipe permanently removes those creatures, except for one Spirit (or Chulane) of our choice. Dusk is probably my favourite board wipe, as its second mode will get us back most of our cards.

Last article, I commented on playing a tribal theme with a commander that doesn’t spell out that theme initially. This deck does the same in that regard: Chulane cares about casting creatures, and (Kamigawa) Spirits care about casting other Spirits. A deck combining both strategies comes together very easy, and often results in a fresh take on its commander.

For example, these 55 nonland cards in the deck don’t appear on the EDHREC main page:

I found some similarities between playing Chulane, Teller of Tales and Edric, Spymaster of Trest, in that both help mitigate the disadvantages of playing a bunch of creatures. Of course, both do it in their own distinct ways, but I found that I enjoy both commanders for the same reason. The addition of white in Chulane does broaden its possibilities as compared to Edric. A Spirit theme, for example, would be impossible to build around with just green and blue; it’s the addition of white that makes this deck pop.

When I was constructing this deck, I found that there were a few directions to take it. Even when keeping Spirits the central theme, one particular direction kept creeping up: blink. Brago, King Eternal and Soulherder would form the foundation of such a deck. The reason I didn’t include them was because they don’t synergize with the "casting strategy" that Kamigawa Spirits enjoy, but that doesn’t mean a blinking strategy wouldn’t work!

I am very keen to see what you can come up with. If you have any results that you’d like to share, you can send it to me via twitter or reddit (@ellogeyen and /u/ellogeyen). I’m open to any comments and discussion regarding the content of the article as well.

Next time, we’ll make a deck containing Mirror of Fate! See you then!