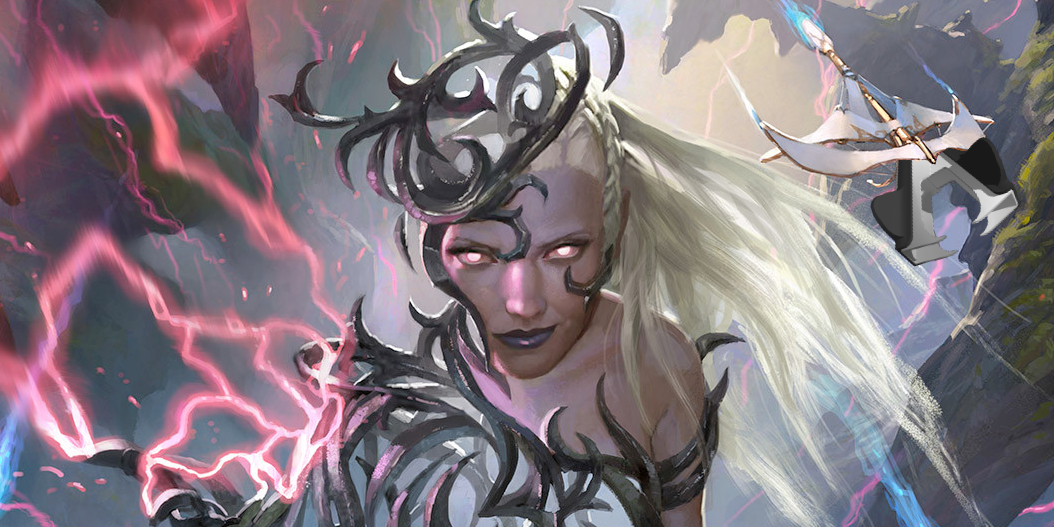 Sit in on a speech conducted by the Ethersworn, and you'll surely be enticed by all of the wonders of Etherium: a magical connection to the Aether, and most importantly, the raw power of aesthetic. But you'll never hear them talk about the downsides - and many artificers wish they had known about the downsides before meeting Breya, Etherium Shaper.

Do you ever think about how much time you spend sitting? You'll quickly realize when your metal rear makes every seat unbearably uncomfortable. Plus, so much stuff gets caught in it! If you have a single tangle in your hair, it'll find its way into your Etherium prosthetics somewhere. Planeswalkers such as Tezzeret run the risk of planeswalking right into a Null Rod, during which the enchantments in your etherium body cease to work and your body slowly shuts down.

Additionally, what even are these "benefits"? Connections to the Aether? Kaladesh has managed just fine without etherium, all they need is an Aetherflux Reservoir - which is, notably, not attached to your body. Yes, the filigree of Master Transmuter is sublime, but what if you want a portrait from a different angle? I don't know if I even want to know what the back of Breya's head looks like.

This is why we would like to extend to you a formal invitation to Artificers Against Etherium, an exclusive union in which we can practice our magical craft without grafting them into our bodies. Our membership boasts some of the multiverse's most legendary artificers, which you'll be pleased to know don't participate in any unethical forced magical experiments or eugenics.

If you're looking for a break from Breya, here are some other artifact commanders, old and new, who can offer fun nuance to that metallic strategy!

Artifact-based archetypes are infamous in Commander. They're at the top of the list of EDHREC's established archetypes, and at the top of that, you can find Breya, Etherium Shaper, beating out Urza, Lord High Artificer thanks to a combination of age, diversity, and flexibility.

Breya's suite of abilities allows you to go all-in on a sort of Artifacts/Aristocrats hybrid, synergizing beautifully with Marionette Master, Reckless Fireweaver, and other artifact-based imitations of Blood Artist. Sacrificing, of course, isn't the only important part - once her ability resolves, it can be a potent control piece as well.

However, Breya is not without her faults: firstly, she's four colors, which can spell trouble for players building on a budget (or players who simply don't like having a ton of colors in their decks). From a mechanical perspective, she's also pretty all-in on building around her, which contributes to the general stigma around artifacts strategies being too linear, and it also turns away players looking to play with the more unique artifact synergies. With over 2,000 different artifacts, a new commander, and a little bit of innovation, we can avoid all of these problems, and make a fun and unique Artifacts build!

The Agents of Artifice 2.0

One route with Breya is what is known as the "Eggs" route, similar to decks such as Modern Eggs, in which you sacrifice a bunch of artifacts and immediately bring them all back with something like Second Sunrise. This strategy was in fact effective enough that it warranted the ban of Second Sunrise in Modern. FOr our purposes in Commander, it's important to note that such an archetype requires two parts: the sacrificing, and the recursion, and since so many artifacts have sacrificing built-in, it might be a good idea to take a look at all of the commanders which can recur artifacts!

Emry, Lurker of the Loch manages to recur artifacts quite elegantly: for a low cost, you get a Merfolk that will dump some cards into your graveyard and allow you to cast any artifacts that might find their way in there. Her cost reduction ability can make her especially resilient, negating her own Commander tax should you have enough artifacts out. And that's a good thing, too, because she can assemble a plethora of fantastic artifacts-based engines, and you'll need to get her out quickly again to re-assemble them.

One commander that excels at providing value with artifacts is Osgir, the Reconstructor, one of the most hyped-up Commanders in recent memory. As it turns out, in a singleton format, getting up to three copies of a single artifact for the price of one is really powerful, even managing to combo with Pull from Eternity, Isochron Scepter, and Ugin's Nexus in a fantastic Boros infinite turns combo.

Another standout commander in this section is Glissa, the Traitor, for two reasons. Namely, she is a Phyrexian, and thus is guilty of many of the same flaws as the folks of Esper in regards to wild experiments on biological flesh and machinery. However, she also holds the unique position of being one of the only green artifacts-based commanders, and likely is the best among those, so she's worth a mention. If you're looking for all the best Golgari graveyard goodies like Skull Prophet to go into your Artifacts deck, she may be the choice for you.

Another archetype that Breya can be built around is a sort of artifact "go-wide" strategy: she needs as many artifacts as possible to fuel her ability, so it's not uncommon to find artifact-creating engines such as Smothering Tithe in her decks. However, for those who want to use the plethora of artifacts they create, rather than serve them up as sacrifice fodder, commanders such as Saheeli, the Gifted work much better.

As with most planeswalkers, it's best to build around Saheeli's first two abilities, as they're the most reliable ones, creating Thopters to fuel additional synergies, and making expensive spells cost much less. The first ability is perfect for strategies that benefit from having a high number of artifacts, which use cards such as Saheeli's Directive as payoffs. Also, since I would be remiss to neglect Brudiclad, Telchor Engineer, both him and Saheeli, Sublime Artificer can be utilized to create dozens of token copies of whatever you choose, much like Osgir, the Reconstructor.

The simplest payoff to having a large number of artifacts is Saheeli's second +1 ability, which can easily be used to quickly get out all of your favorite expensive artifacts. The go-to for many players is Blightsteel Colossus, but over 25 years of Magic cards opens up a ton of possibilities, including the uniquely combo-tastic Chromatic Orrery or Darksteel Forge to protect your Artifacts.

If it's expensive artifacts that entice you, then Muzzio, Visionary Architect excels at getting them out like no other. In order to get the ball rolling, it's probably best to get an expensive artifact out using topdeck manipulation, such as Scroll Rack or Brainstorm, and from there, you can continue flipping cards off the top like artifact-based Cascade.

Because Muzzio's ability is an activated ability, you can also find interesting lines of play by activating it on your opponents' turns. This can give you an edge against board wipes and lethal damage effects by flipping Darksteel Forge or Platinum Emperion off the top of your library at the opportune time.

And, of course, to ensure that you can continue to accrue value off of Muzzio's ability, it could also be prudent to find some ways to untap him, thus activating him multiple times in a turn using cards such as Thousand-Year Elixir and Magewright's Stone. 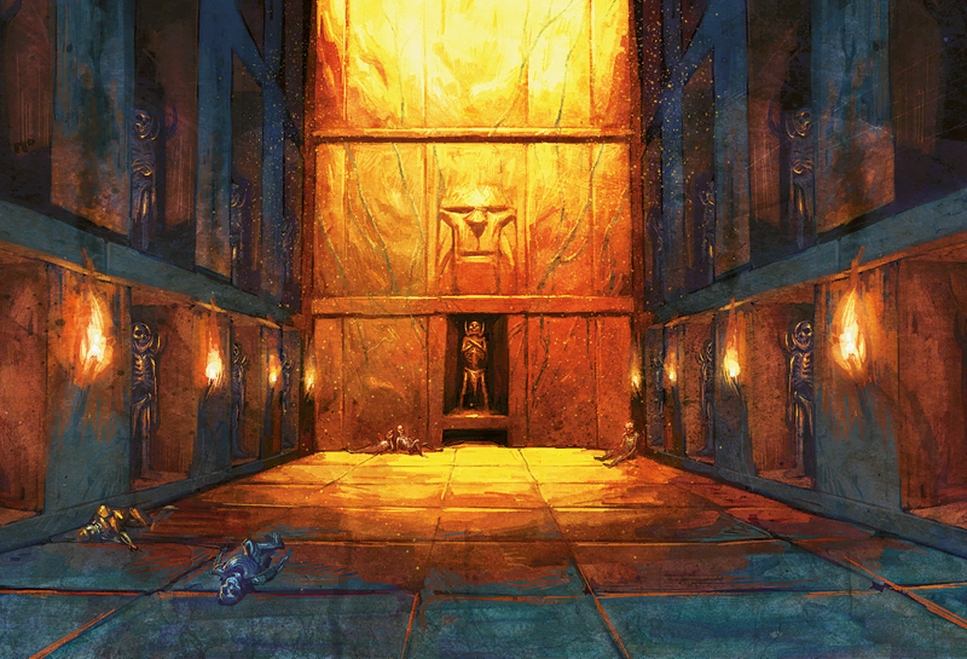 Of all the ways to mess around with artifacts in Commander, my personal favorite has always been Kurkesh, Onakke Ancient. This inconspicuous legend from a core set allows you, for the low price of one red mana, to double up on almost any activation of an artifact you control. This means you get twice as much value from your Endless Atlases, and suddenly it becomes much easier to assemble a win with Kuldotha Forgemaster.

My favorite part of Kurkesh's ability is just how open-ended it is. You could build a Kurkesh deck around nearly any artifact-based synergy besides Equipment. After testing him out with my own build, I've been toying with a Kurkesh Charge Counters build, which utilizes Proliferate effects such as Throne of Geth, or Charge Counter synergies like Coretapper, to gain extra value.

How would you build Kurkesh? Here's my first prototype, which was constructed not long after my first foray into the format.

What's your favorite Artifacts commander? What's the general plan: go-wide, recursion, charge counters, or something else entirely? Feel free to let me know in the comments, and thanks for reading!