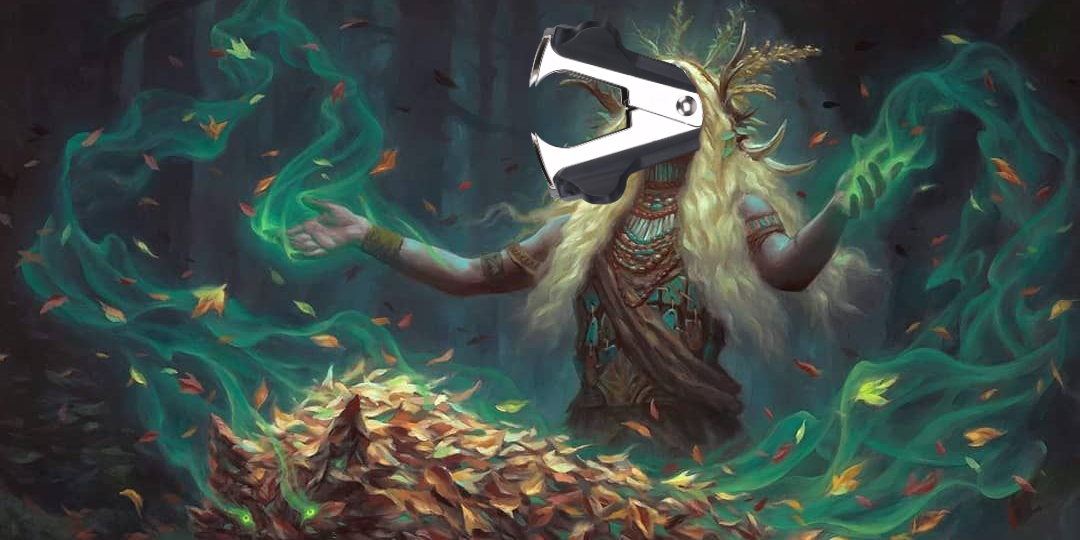 A Message From Eternity

There are few zones in Magic that can be taken advantage of more than the graveyard. From it, creatures can be reanimated, spells can be cast, and cards can be returned to hand, and that's just the beginning. For many decks, the graveyard has earned the nickname "the second hand". The blessings of the graveyard are enabled by cards such as Eternal Witness, allowing sequences of plays that would never be possible otherwise.

Eternal Witness checks a lot of boxes for being a potent (albeit simple) card. It's a creature, which provides both a body and a multitude of potential synergies, and it has an enters-the-battlefield effect, which makes the effect immediate and potentially repeatable. At its worst, it's a chump blocker that "cantrips", and at its best, it's part of an engine.

In layman's terms, the card's pretty good, but its main strengths lie in those synergies; a card-advantage-neutral chump blocker often doesn't make the cut, especially when it has so many other redundant options out there for a similar effect. However, while some of those redundancies may lack the same synergies as Eternal Witness, they also might be more potent on their own, or even have different synergies to tap into. So what are some of these redundancies for this effect?

A Glance at History

The most obvious versions of this effect have almost the same text as Eternal Witness, but with some key differences. Regrowth lacks the synergies that creatures might benefit from, but it comes at a more easily-achievable two mana, rather than three. It also benefits from instant and sorcery synergies (although those are admittedly rarer in green).

Bala Ged Recovery is a bit costlier than Regrowth, but it benefits both from its sorcery status and, most importantly, some added modality. If you're missing a land drop, or you're playing a Landfall deck and would get extra benefit from playing a land, you might instead opt to play Bala Ged Sanctuary.

Life from the Loam is the odd one out here. It comes in at the same cost as Regrowth, but it only grabs lands. This comes with additional benefits, though: it can grab three cards from the graveyard instead of just one, and it can return itself to hand using its Dredge ability. Sometimes, the restriction on which cards we can recur will actually improve the rest of the spell's quality, potentially providing truly fantastic bonuses, as we can see from the land-grabbing, graveyard-filling powerhouse that is Life from the Loam.

All of these classics are staples in and of themselves, and thus aren't the most new or exciting replacements for Eternal Witness, but their power, and the precedent they set, makes them worth mentioning before we tackle the less common replacements. Let's get to some of those now!

As stated previously, one of Eternal Witness's main strengths is its ability to abuse the enters-the-battlefield effect for extra benefit. However, not all decks are capable of taking advantage of this synergy in the first place, and others may not need to reuse it. For those decks, Witness may not be worth the slot (or the price tag).

Our first one-off recursion spell is Fungal Rebirth, which has a lot going for it over our Staple. At the cost of some minor restrictions, it gives twice as many bodies as Eternal Witness, and it does so at instant speed. This makes it a fantastic fit for decks that utilize Aristocrats strategies, but even outside of that, it can provide life-saving blockers.

Evolution Charm, like Bala Ged Recovery, has a lot of modal benefit. Only returning creatures may be a bit of a pain, but in creature-based strategies, both the recursion and the ability to give one creature flying are incredibly relevant, especially considering green's penchant for big creatures with little to no evasion. The ability to get a basic land card into your hand might even save you in a pinch, if you need to fix your mana.

Finally, there's a whole class of one-off effects that can recur large amounts of cards immediately. Featured above is Long Rest, but other contenders in this category are Gaea's Will, Praetor's Counsel, Seasons Past, and more. These spells are especially relevant in their ability to give a large burst of card advantage at once, something green can struggle with without the help of an already-large board state. Playing one of these can especially help if you have a bad habit of overextending your board and you quickly need to recover from a board wipe.

Genesis is a much more straightforward way to repeatedly recur creatures. All you need is to get it into your graveyard. This makes it perfect for graveyard-centric decks that can mill themselves, putting Genesis into the grave alongside a bunch of valuable targets for it. It's a little slow, and a little costly, but it's also of a comparable speed to many of the engines that can be created using Eternal Witness.

The Timmys and Tammys of the Commander community might be enamored by Paleoloth, which can turn the creatures of a green stompy deck into repeatable recursion. Like the aforementioned Long Rest and Co., it can also help you recover from board wipes, or maybe just put an interesting spin on the archetype's normal capabilities.

Holistic Wisdom may just be the most flexible card out of this batch, offering several opportunities to recur cards of all types. Although it doesn't tend to give the same amount of card advantage, and although it's much more difficult to create an engine with it, Holistic Wisdom may just save your bacon should you need to quickly reuse multiple cards from your graveyard. 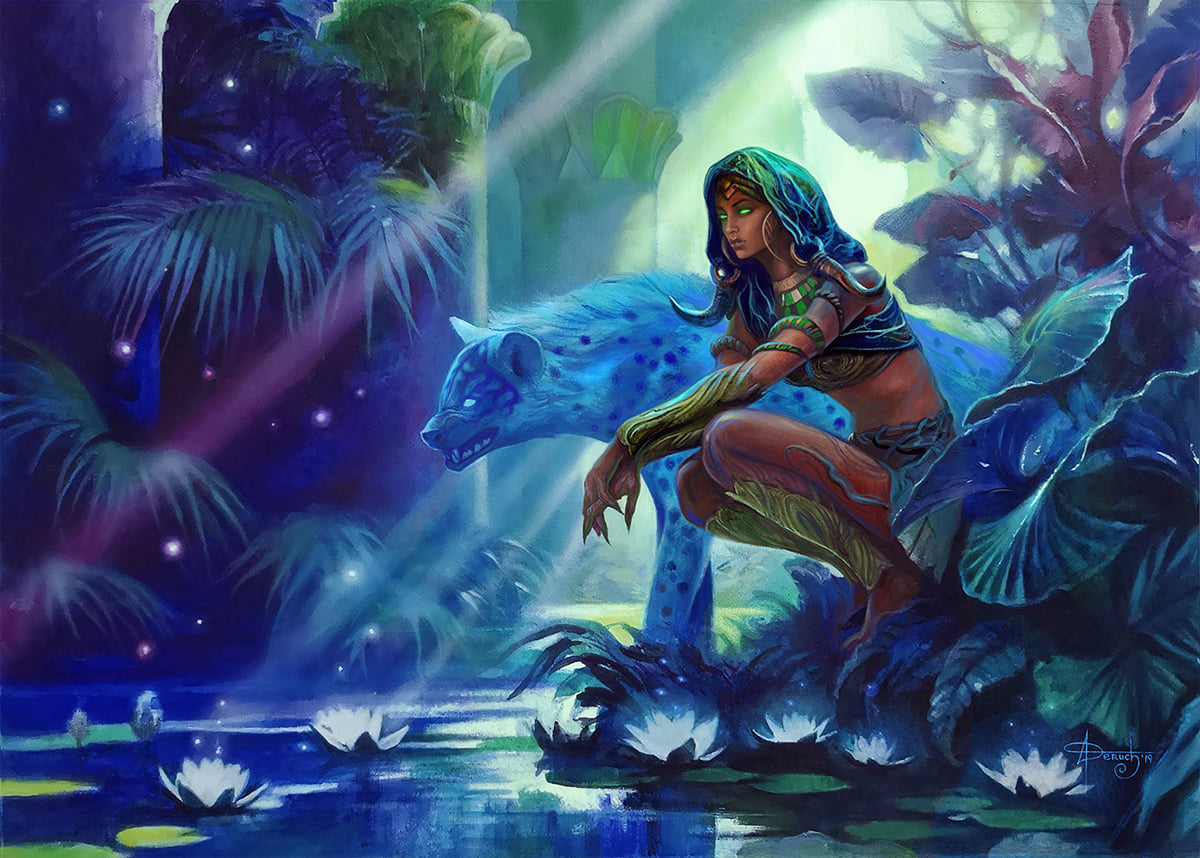 One of the more common ways to abuse an ETB trigger is via reanimation, using cards such as Nethroi, Apex of Death, Reveillark, and many, many more. When utilizing these strategies, the difference in mana cost between Timeless Witness and our Staple is negligible or completely irrelevant. As a bonus, Timeless Witness isn't just stuck in the graveyard if you lack these pieces - it can Eternalize right out of the yard too, and is thus reusable simply by itself.

Some of this card's best synergies are with tokens. Populating the token created by Timeless Witness's Eternalize ability allows one to recur cards with ease. This is especially useful, since Populate is much more common in green than flickering, blinking, reanimating, and bouncing, and token strategies are very common.

There are a lot of places to utilize the recursion spells I've mentioned in this article. The one that I've chosen is Karador, Ghost Chieftain, where the recursion of noncreature cards (using Holistic Wisdom, Regrowth, Timeless Witness, and more) comes at a premium.

How often do you run recursion in your decks? What sort of decks do you feel need them most? What synergistic recursion pieces do you put in these decks? I'd love to hear down in the comments, and as always, thanks for reading!