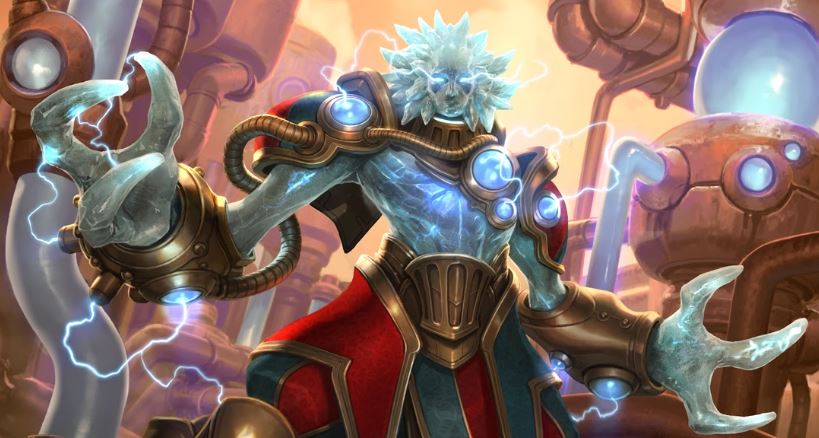 Hello, and welcome to the first ever Strategic Planning, a column where we’ll goldfish a commander’s EDHREC Average Decklist list in order to get a better feeling for their strengths and weaknesses before brewing them ourselves! Let's get to it!

First, some notes about goldfishing. 'Goldfishing' is the process of testing out a deck by piloting it against an opponent (the goldfish) who does nothing. You might also call it 'solitaire.' Goldfishing can help you get an idea of how fast a given list can produce threats and find combo pieces, but it’s also useful for familiarizing yourself with how individual cards fit in to the larger engine of the deck, demonstrating which cards aren’t pulling their weight, and giving a better sense of what hands are actually safe to keep given the density of our draw and ramp effects.

Simply put, our opponents are Unexpectedly Absent while we conduct our Epic Experiment.

Don't forget to throw yourself some curveballs! In addition to being a good way to learn the mechanics of a deck’s operation, goldfishing can be an opportunity to see how a deck handles removal or sweepers. Once a list is tuned enough that it can reliably get its engine started while goldfishing, I like to start throwing disruption at it to see how well it can bounce back. Though the specifics are largely meta-dependent, some threats are very unlikely to go unanswered in a four player format for very long. Simulating that can give you a better idea of how resilient your list is once it makes itself a target for the rest of the table, and how difficult it will be to rebuild if you’re punished for overextending.

The Weird World of Melek, Spellslinger

For today’s exercise in applied goldfishing, we’re going to look at Melek, Izzet Paragon, who hails from the plane of Ravnica and is currently the fourth most popular Izzet commander on EDHREC with 1,148 decks at the time of this writing.

Six mana in blue and red is a hefty investment, and commander tax can easily render Melek unplayably expensive. We’ll have to keep this in mind while evaluating the rest of our brew.

This effect is difficult to evaluate as the extra information given to our opponents can help them play around our upcoming cards, but by the same token, so can we.

Though more limited than Future Sight, this line of text can provide very powerful card advantage in a build with a high enough spell density.

This is a big payoff. Anyone who’s ever untapped with a Swarm Intelligence knows that if an instant or sorcery effect is good enough to want once, it’s even better when you can get it twice. The strength of Melek’s ability combined with his high mana investment means that he will almost certainly be a lightning rod for removal, so protecting him is a high priority.

The average list for Melek, Izzet Paragon on EDHREC is as follows:

This list has an average converted mana cost of 3.48 and a retail price from TCGplayer of $175. Let’s take it for a spin!

The first thing I noticed while goldfishing this average list was how many unkeepable starting hands it produced. Thanks to the high CMC of the commander and our bigger, high-impact spells, many games left us in the 'feels bad' position of spending multiple turns playing nothing with a handful of powerful cards that were too expensive to cast. The hands that allowed us to get the engine up and running before turn seven or eight usually contained at least one peice of low-CMC ramp and card draw to help us to hit our land drops.

To tighten this up, our final brew should contain much cheaper artifact ramp, with an emphasis on two-mana cards like Sky Diamond, Fire Diamond, and the efficiently scalable Everflowing Chalice. This increases our chances of having ramp that we can afford to cast off the lands in our opening hand, which was often the deciding factor in whether the engine could get running quickly, or couldn't get running at all. Both Worn Powerstone and Palladium Myr are also strong inclusions, as playing one on turn three can allow us to drop our commander as early as turn four.

One suite of cards in particular that made an opening hand significantly more likely to get the deck’s engine running were the cheap cantrips.

In addition to saving opening hands, cantrips can be played to dig through our deck when there isn’t a good target for Melek on top of the library, and these particular cantrips also provide us the ability to put something specific on the top of the deck ourselves. Cantrips also generate exceptional card advantage for their mana cost when doublecast with Melek, and can often chain several of themselves together in one turn. Because of this, we’re going to emphasize cantrips in our final brew, which will hopefully add some consistency to our openers and help us dig into relevant interaction and protection in the mid to late game.

One final effect that proved invaluable was repeatable top deck manipulation, which often ended up being the difference between getting a large chain of spells out of Melek or fizzling out and being stuck staring at a top deck Island. When goldfishing a revised brew, I was consistently impressed how much work cards like Merfolk Looter, Enclave Cryptologist, and Crystal Ball did in allowing us to take full advantage of Melek’s ability or to smooth out our draws in the early game. Though Sensei's Divining Top is another popular top deck manipulation effect, I chose not to include it in our list as I’ve yet to see a table that doesn't let out a collective groan when it hits the field. If, however, you think you can use it without it taking up too much of everybody’s time, it’s another strong option.

Once Melek was out, especially with a way to dig through our topdeck for instants and sorceries, the value generated was explosive, but vulnerable to disruption. Simulated board wipes or creature removal while goldfishing often left us with no board state and few or no cards in hand. To try to mitigate this problem, we’ll be including several more pieces of protection for our commander, including the pair of ever-popular Swiftfoot Boots and Lightning Greaves, as well as Diplomatic Immunity and Vanishing. This protection along with a suite of counterspells will hopefully be enough for us to stick Melek long enough to get some value.

3. Closing out the game

Now that we can get our engine running, it’s time to generate enough value to pull out ahead and win. To best mesh with what we’re already doing, our spellslinger payoff cards are going to focus on netting us extra value from every spell we cast. Cards like Metallurgic Summonings, Talrand, Sky Summoner, and Docent of Perfection can help us overwhelm the board with tokens.

Sphinx Bone Wand , Aetherflux Reservoir and Firemind’s Research each tie some additional incremental benefit to our spells. Meanwhile, Swarm Intelligence and Thousand-Year Storm turn our cantrips up to 11. We also have two payoffs that scale based on the total number of instants and sorceries in the graveyard: Rise from the Tides and Runechanter’s Pike. The former can produce serious board presence late game, and the latter can turn our humble 2/4 into a beefy combat threat.

At an average converted mana cost of 3.18 and a TCGplayer estimated price of ~$80, our finished brew has cut down its cost in both mana curve and dollar amount! However, can it succeed where the average lists have failed?

While playtesting this list I was pleasantly surprised at how much of a difference in consistency and resilience the focus on early ramp and cantrips made. I was often able to get a large chunk of value out of Melek on the turn he came out by being able to cast spells that same turn, which made a simulated board wipe after passing priority a much smaller tempo loss. Though the deck still needs to be judicious about committing Melek to the battlefield, it was easier to get him there, easier to get him back out again if necessary, and easier to make sure his ability had a useful target by holding up cantrips to dig further in our top deck.

That’s it for this week! Please let me know in the comments if you think there’s anything I missed or if there’s a particular commander you’d like to see on a future installment of Strategic Planning.

Caleb lives in Florida and shares a small apartment with three people, two dogs, six lizards, and three snakes. After finishing a degree in psychology and computer science he now works as a musician and spends his free time reading nonfiction and doing volunteer work