The Toolbox - Reborn with the New Year 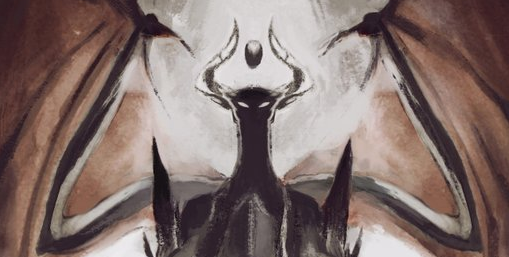 A Saga of Sagas

Hello everybody and welcome to the New Year! For those new to the series, this is The Toolbox! Here we take a look at underplayed cards and evaluate where they should be played. Yes, I do say 'we' because I want to hear what you guys think as well; I am not always right. Please comment and share your thoughts about which cards we should discuss and where they should see more play!

With the New Year, I also have an exciting announcement! Today we are starting a mini-series around the Sagas! A saga of Sagas, if you will. I find this card type as a whole to be a little underrated, so I decided to shed some more light on them. What better way to start the New Year than to be reborn with The Eldest Reborn?

A lot of folks have stated that Sagas are 'sub-par' or 'underwhelming' because their full value is stretched over the course of three turns. Within this time, they can be removed before they reach their final chapters, which means you'd lose value!

However, I feel it's important to draw a comparison to planeswalkers. In Commander, everyone views planeswalkers as a threat precisely because of their gradual value, so they rarely get to stick around for very long. By contrast, Sagas can't be killed with combat damage, and have a specific endpoint, whereupon they die to their own ability. In fact, in my experience, people tend to ignore Sagas because they will inevitably die to themselves; why waste a removal spell on something that removes itself anyway? So why is this new card type so overlooked? Today we're discussing The Eldest Reborn! This is a spicy one. On the first chapter ability, each opponent sacrifices a creature or planeswalker. Fleshbag Marauder effects are great in general, but if one of our opponents is playing superfriends and doesn’t have a creature, bye-bye planeswalker!

On the second chapter ability, each opponent discards a card. Discard isn't great, but has its moments.

Third ability - oh baby - reanimate a creature or planeswalker from any graveyard! I don’t really think I need to explain why that’s good (at least, I hope not). That flexibility, not just in which card type to revive, but also to choose from any graveyard, in combination with the first two chapters, which affect each opponent, really hedges this Saga's playability up a strong amount in Commander.

On its EDHREC page, the commanders who run The Eldest Reborn most often are:

With Muldrotha, this card is busted. Constantly replaying a Saga is amazing! With both Nicol Bolas variants, I'd guess this is mainly a flavorful inclusion, since he is himself The Eldest Reborn. Meanwhile, Animatou can repeatedly blink this Saga before it finalizes for soooo much value! Nath is a discard deck, so it's shocking that he would run such a strong card (that's meant to be read with heavy sarcasm).

Let's find some other good decks that should take advantage of The Eldest Reborn! We're going to Jund our opponents so hard in the face that they won’t know what hit them.

Kresh the Bloodbraided is one bad dude. Whenever another creature dies, he gets a number of +1/+1 counters equal to that creature's power. He’s very straightforward, but also a very effective beater. Why does Kresh want The Eldest Reborn? Well, are you really gonna argue with the guy who has twenty-two bloody braids made out of the bones of his foes? But seriously, a spell that can reliably kill two or three creatures is pretty good. Kresh loves making his enemies sacrifice creatures so he can get bigger, and it would take an obnoxious Angel to get in his way (I’m looking at you, Sigarda, Host of Herons). Kresh already loves the sacrifice effect, but if the spell kills creatures and forces each opponent to discard and reanimates something? Yeah, that sounds pretty good. It also works well with some of his other often-played cards like Yahenni, Undying Partisan, Mazirek, Kraul Death Priest, Reaper of the Wilds, and Mimic Vat.

Basically, we just want to kill EVERYTHING!

That’s right, we still want to kill everything. This time with Mazirek, Kraul Death Priest. Huh, I wonder where we’ve seen this guy before? Anyway, whenever any player sacrifices a permanent, we get to put a +1/+1 counter on EACH creature we control! That is insane! Every fetchland, every Sakura-Tribe Elder, any sacrifice, including ours, triggers Mazirek and pumps the team. This ability is absolutely insane; Maizrek is a supremely underrated commander... but that's not why we're here. We're here to discuss how The Eldest Reborn synergizes so well with yet another commander. Obviously forcing our opponents to sacrifice creatures is fantastic, and the discard and reanimation is just straight value. There's not much cleverness or trickery to it, it's just good sense.

Here's the cherry on top, though: not only does this Saga synergize with Mazirek, but it also goes along with many of the other cards he's likely to run, too! Blood Artist, Poison-Tip Archer, It That Betrays, Harvester of Souls, Revel in Riches, just to name a few. I think it’s pretty safe to say The Eldest Reborn does some pretty good work in this deck. So let’s see it!

Bonus Death? This is a Bit Much

Here’s Malfegor! First off, creature type is Demon Dragon. What more do you want? You want more text than a vanilla demon dragon? Fine, whenever he enters the battlefield, we discard our hand then our opponents sacrifice a creature for each card discarded. This is so risky but so great! What could be more Rakdos than this? Why would a Demon Dragon care about a puny enchantment? Well, value. That’s about all I have. This deck wants to make our opponents utterly miserable. Folks who play Malfegor have taken to using discard effects in addition to sacrifice effects, to keep their opponents on the same playing field, so this Saga is on theme!

Once again, it's not just synergy with the commander, but also the cards in the 99; The Eldest Reborn works with Waste Not, Sangromancer, Harvester of Souls, Megrim, Kothophed, Soul Hoarder, and many more. This deck is basically Rakdos discard-sacrifice-attrition-value, so The Eldest Reborn is perfect! How could we possibly lose? A turn one Kozilek, the Great Distortion, you say? Well, okay, yes, we'd lose to that, but we'd lose to that no matter what deck we're playing. Let’s get to the decklist and not think about getting eaten by a giant Eldrazi.

What do we do after death, though? After all those creatures die and there’s nothing left? Pharika, God of Affliction has you covered! For the low cost of two mana, you can exile a creature card from any graveyard and the owner of said card gets a 1/1 deathtouching Snake. This seems a little odd, but can be extremely useful against any decks with any sort of graveyard recursion, such as Eternal Witness. It can also be used a political tool, giving blockers to friendly opponents to mess with combat, for example. And of course, you can also make your own batch of tokens too! A lot of options available here. Pharika is known to be a bit of an enchantress commander for Golgari, similarly to Karametra, God of Harvests for Selesnya. This makes The Eldest Reborn a natural fit. The discard and sacrifice can be just straight value, but they can also put food into the bin for Pharika to manipulate. Plus, you're never gonna complain about that bonus reanimation in chapter three! Looking at the decklist, the Saga also works well with Golgari Findbroker, Eidolon of Blossoms, Nylea’s Colossus and so many more.

Thank you all so much for reading. It's been an absolute pleasure writing about the underrated Sagas and I am so excited for the rest of this saga to conintue! I am curious to hear what you think about The Eldest Reborn, and Sagas in general? Are they worth the risk of getting them removed? Do you think there is more space on places to play them then what I outlined? Which one should we discuss next? I would love to hear what you guys have to say in the comments below!