The Truth Comes Out At Last

Sunlight streams in through the high windows of the mansion to illuminate the grand ballroom before me. Seated in the largest of the lavish plush armchairs, Don Miner, creator of EDHREC, sighs contentedly as he gently nibbles his caviar.

“Yes, a scam,” he says, his feet lazily propped up on an ottoman made out of Savannahs. “The goal of EDHREC is, and always was, a get-rich-quick scheme that would dismantle the entire Commander format from the inside out.” 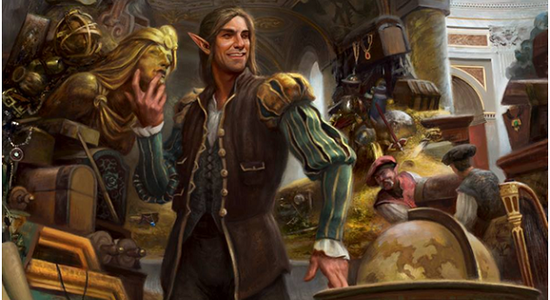 According to the now-billionaire Miner, the website EDHREC, long believed to be a Commander deckbuilding assistance tool for the benefit of the entire Magic: the Gathering community, was never intended to help anyone but himself.

“I’m astonished the idea worked in the first place, to be honest,” Miner says as he counts his 500th pile of $100-bills. “A website that purports to collect data from deckbuilding websites and compile it to show everyone the most common cards played for any given commander? It’s absurd on its face. But all you have to do is say, ‘It helps make sure you don’t forget about obvious cards like Sol Ring,’ and people lap it up.”

When questioned about the members of the Magic community who have accused EDHREC of homogenizing the format, Don chuckles appreciatively and sets his drink down on the Black Lotus he uses as a coaster. “Of course it is. We use subliminal messaging in the frame of every single part of the website that forces players into using the cards we want them to. There’s no personal choice involved whatsoever.” 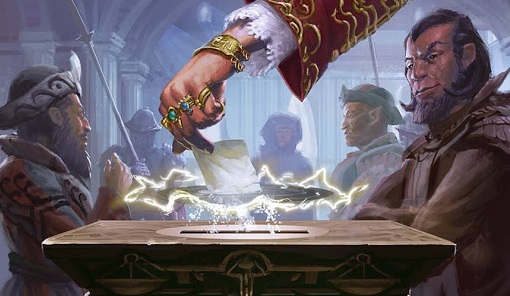 “The data is made up, obviously,” he continues as he sprinkles gold flakes on his steak tartare, which a butler serves to him on a platter made out of Kaladesh Masterpieces. “There’s no algorithm in the world that could come up with all that fluff. The numbers all originate from the brains of my cohorts. In fact, you have no idea how far up this goes.”

The format-ruining monster appears to derive a great deal of delight from withholding precisely what he means by this statement, but eventually he relents.

“I have people inside Wizards of the Coast who decide on the numbers for me. When they want some set to sell, they send me encrypted messages, asking me to tweak the data. All I have to do is press a couple of buttons, and bam. Suddenly Golos is #1, or Atraxa, or Muldrotha. Now everyone is encouraged to go buy more packs from some new set, or rushes to get the latest precon.”

“Naturally, it’s not just about feigning popularity,” he continues after notifying his assistant to refuel his second yacht. “When they don’t want people to think white is any good in Commander, for instance, we suppress the data for all the new Boros legends. Sultai is actually extremely unpopular in paper, but I guess someone at WotC loves making Sultai commanders, so we make sure to always pump up the numbers on them.”

When asked for specific names within Wizards of the Coast that have assisted him in this elaborate ruse, Don hesitates between puffs of his Wyrmwood-crafted smoking pipe.

“I won’t name names, but if they have #WotCStaff in their profiles, I’d be wary if I were you.” He exhales, eventually extinguishing his pipe by gently stuffing unused Dragonshield matte sleeves into it. “Wizards hates Commander, always has. All those Commander-oriented cards that get banned in other formats, like Omnath, or the Companions? It’s all a part of the plan, to help get Standard and Modern players to hate Commander-focused cards, too.”

Spying the shocked expression on my face, Mr. Miner can’t help but chortle.

“You all really have no one to blame but yourselves,” he insists, curtly blowing his nose on a handkerchief made out of the original art print for Underground Sea. “It’s been right there in your faces the whole time. Why do you think it’s called EDHREC? It’s here to wreck the format.” 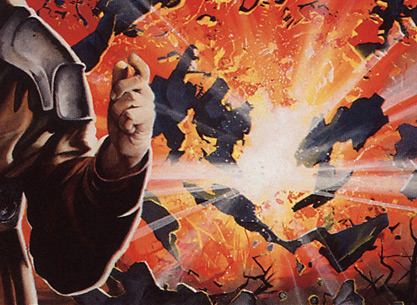 Mr. Miner briefly pauses our interview to sign the deed to his fourth private island. When he returns, the conversation turns to alternative names for the website.

“We considered EDHCON for a while, which we’d allege stood for deck ‘Construction’ but it just didn’t fit. We definitely didn’t want to use “Commander” in the name at all, or else people might correctly deduce that we, just like the Rules Committee, were deep in the company’s pockets. Using ‘EDH’ provided a small but significant mental barrier that kept everyone from uncovering the truth.”

He smiles to himself, eyes glittering with a malice that only the ownership of 85% of the world’s supply of Reserved List cards can provide.

“In fact, I bet none of you peons ever cracked the code. EDHREC doesn’t stand for Elder Dragon Highlander Recommendations at all. It stands for Everyone Dumbly Homogenizing my Ridiculously Expensive Cash-Cow.” 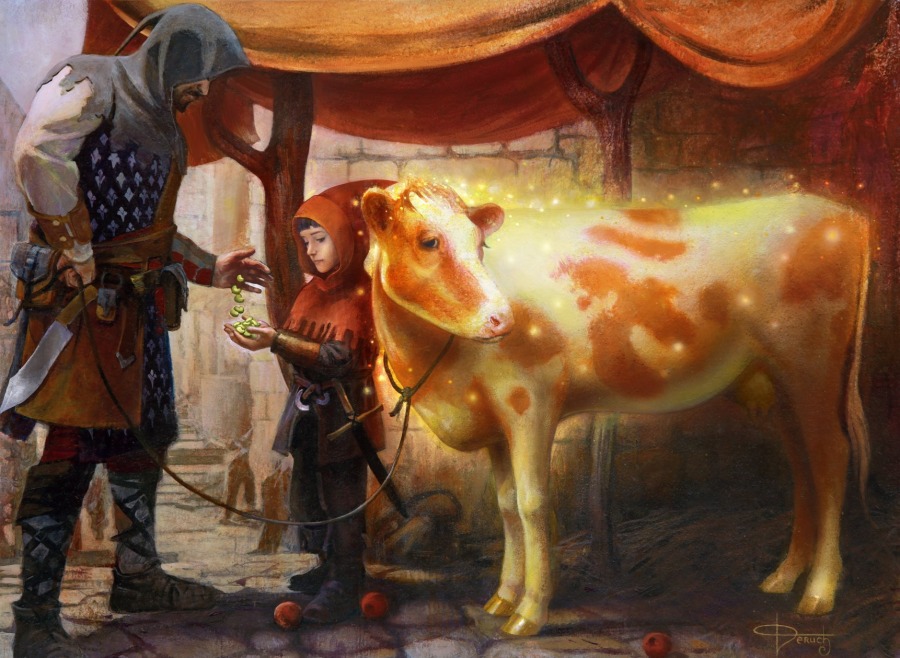 Eventually, I find myself left with only one question to ask: Why? Why do this?

“Because once, a long time ago, I played against someone who used a card in her deck that I’d never heard of before, and I never got over my incessant need to outsmart everybody else and tell them what to do.” He crosses his arms and gives me a pouty glare from across the table, which is propped up by a stack of dozens of stolen trading binders.

I was informed later by his limousine driver that the card in question that Mr. Miner had never heard of before was an obscure, esoteric card called ‘Plains’. Though I have reached out to Wizards of the Coast to ask if there are any formats where this card sees play, they have declined to comment.

It’s safe to say I learned a lot from my interview at the Miner mansion. Though I have been assured by Mr. Miner that my reporting is unlikely to land me in hot water with Wizards of the Coast, I confess that I did spy a higher-than-average number of cars following me home with conspicuously Magic-related license plates and bumper stickers, such as “Simic 4 Life”, “JACELVR”, and the word “Coexist” written entirely in Phyrexian script.

But now you know the truth. One can only hope this scandal will bring men like Miner to justice. For now, I am left with nothing but a vague sense of fear and hope, as well as the memory of Mr. Miner’s final comments to me, when he told me to keep an eye out for his upcoming projects, WOWREC, LOLREC, and POKE-REC.