Better Than Bird Brains, I Suppose...

Welcome to Too-Specific Top 10, where if there isn’t a category to rank our pet card at the top of, we’ll just make one up! (Did you know that Keeper of the Nine Gales is the only Tradewind Rider variant that has both wings and arms?)

I think you know which time this is.

For those not in on the joke/delight, there is a robust community of folks that enjoy depicting everyday birds... with arms. I know that sounds more weird than funny or delightful, but just look: 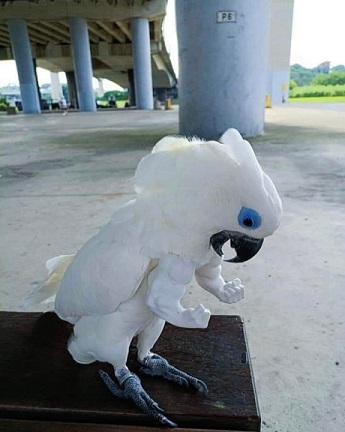 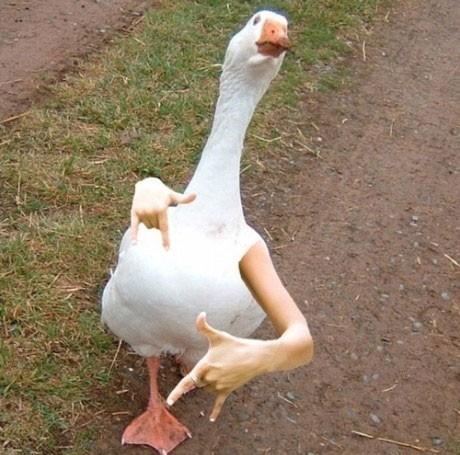 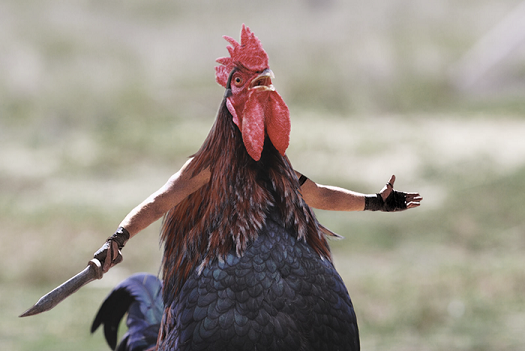 In regards to Magic, what even is a bird with arms? It might seem like the name answers the question, and for the most part, it does, but there are a few corner cases that must be considered. Let me lay them out for you in scientific fashion. 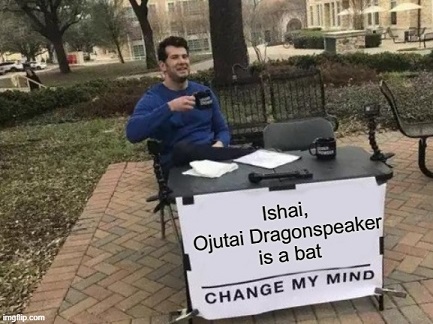 For those still formulating their argument, let me help you out: in similar fashion to 'dragons versus wyverns', bats and birds-with-arms are loosely related, but not the same. You see, birds-with-arms have an entirely separate pair of appendages, unique from the wings, like dragons. Bats, on the other hand, have hands built into their wings, like wyverns.

What about actual birds that have more than one pair of arms?

Thrummingbird has appendages... but ain't nobody got time for that kind of Bird Horror. Let's restrict this to more-or-less humanoid arms, just to keep our general sanity intact. After all, if we start counting weird insect appendages, then I also have to consider Shabraz, the Skyshark, and that way lies madness.

So, I think that about wraps it up. Let's see what we've got!

Criteria: Creatures with art featuring a bird that has humanoid arms that are independent of their wings (get outta here, bats!) that is obviously intended to be the creature the card is representing. As is tradition, all results are ordered by EDHREC score.

Warden of Evos Isle is a flier that makes your other fliers cheaper. That's it, and it's enough, given the existence of both Flying Tribal decks and multiple tribes that mostly feature flying creatures (like Birds!).

Curiosity Crafter is a bit less of a niche card, although obviously you're mostly going to see it in token decks, like Brudiclad, Telchor Engineer. However, tokens are fairly ubiquitous, and there are a lot of decks that both have a lot of incidental tokens and that also wouldn't mind having no maximum hand size. Since the printing of this Human-Owl hybrid was just back in Commander 2021, I wouldn't be surprised if it continues to climb this list fairly quickly.

While a three-mana 5/5 isn't usually anything to write home about in EDH, Kefnet, the Mindful is pretty useful on its aggro stats alone. Five in the air every turn adds up quickly, even if it's not commander damage. Even outside of the more aggressive decks, Kefnet is everything a control deck has ever wanted. It's resilient, evasive, and can dig for answers or just plain get you card advantage. While many are scared off by its costly activated ability, they should instead be looking at how easy it is to fulfill its seven-card requirement when you can pay four mana to put two cards in your hand.

If you're looking to stick to some Staxy nonsense, then Teshar, Ancestor's Apostle is actually a helluva Hatebears commander. Most, however, are simply content to find the multitude of infinite combos that Teshar's triggered ability allows, and they're mostly really fair. Spicy, but pretty fair. They essentially all go "cast free artifact, get creature back with it that gets back free artifact, repeat." They also all need at least four cards to work, so while I'm not saying that you can just let a Teshar, Blasting Station, or a Lotus Petal exist if you want to win the game, you do have quite a lot of chances to interrupt various pieces of any given combo.

What I am seeing as a trend with all of our Birds-With-Arms commanders so far, however, is that they all appear to be kill-on-sight. I wonder if that trend will continue?

Well, that would be an absolute "yes". Kykar, Wind's Fury gives you both mana and creatures, all in one package, which is one too many things to be any kind of balanced. Triggering that ability is as easy as it gets, to the point where you could have Kykar, 30 lands, and nothing but cantrips, and you would have a viable deck. If you do decide to get more inventive than that, however, then you'll find that Kykar is also as flexible as they come, helming everything from Spellslinger to Spirit Tribal to Superfriends to Artifacts Matter and more. Looking through Kykar's top cards, there's no overarching strategy to be found, just the best cards available in Jeskai, which is exactly why Kykar is the most played Jeskai commander. You can build absolutely anything you want with it. If you're looking for something a bit more specific than powerful, you might want to look elsewhere.

Speaking of specific, Nimble Obstructionist is an absolute monster in a Cycling deck. The only problem is that its triggered ability is so good you won't want to actually Cycle it without making use of that cool effect. This is exactly why this Bird Wizard sees all sorts of play even outside of the Cycling strategy. It's the ultimate in flexibility: a flier with pseudo-haste if you just need to shave those last few life points off an opponent, a cantrip if you're just looking for answers, or a Stifle that replaces itself when someone activates that planeswalker ultimate. It's exactly the kind of card that gets cut from initial drafts of decks because you need to get down to 100, unless you've actually played with it before and know just how good it feels to have in your hand.

Well, if we were looking for the ultimate Bird-with-Arms, we've found it! In its second appearance on this list, this version of God-Eternal Kefnet is a creature all the time, a hypothetical copy effect every turn, and is still a beater in the air that's hard to kill. While it's not very popular as a commander (mostly because folks will assume you're playing extra turn tribal and kill you), it is a huge hit in the 99, and rightfully so. If you're heavy on spells and looking to get to cast them twice, then God-Eternal Kefnet is the Bird God for you (despite not technically being a Bird).

Wonder almost got kicked off the list for the artistic liberty Rebecca Guay took with its wings, but I decided to give Wonder the benefit of the doubt and let it ride. After all, we're talking about one of the most iconic birds out there, despite it, again, not technically being a Bird. Whatever its status, however, this Incarnation is an inclusion in decks around the world that are looking to give their hordes of creatures flying without having to spend any kind of pesky mana. Whether you're milling or discarding, Wonder does work from the graveyard, especially when it hits it just in time for an alpha strike.

Ironically, however, the most popular Bird-with-Arms on the list didn't get that way because it's that good, but rather because of how good something else is - that something else being tutors. Whether it be of the Demonic, Vampiric, or general ramp variety, Aven Mindcensor hoses it, and very possibly even makes it do nothing at all (particularly great if you're looking to punish those tacky people playing off-color fetches). The fact that you can do it in response to a tutor is just gravy, but luckily this flier sticks around for the long haul to make sure no one is getting too streamlined.

While there are certainly more Birds-with-Arms to be considered, I think the more interesting question I can leave you with is this: what is the best commander for your Birds-with-Arms tribal deck?

Well, it's probably Kykar, because of course it is, but that's the Golos all over again. So instead, say that you wanted to branch out.

A strong contender, Breena, the Demagogue will not only provide you with two colors (although don't expect to be blown away by your black Birds-with-Arms options), but will also make your fliers absolutely huge while incentivizing your opponents to send attackers elsewhere. This leads to easy aggro and alpha strikes, along with having the best removal package available. It also doesn't get a whole lot simpler than having the two most plentiful colors for Birds-with-Arms and also making them bigger, so Kangee, Sky Warden definitely deserves a mention[/el].

Meanwhile, Mavinda only gives you white to work with, and is sure to distract you from your tribal mission along the way. With that said, if you're going to repeatedly play a bunch of buff spells on your own creatures already, it does make a lot of sense for them to have evasion....

Commander Eesha doesn't play well with others, but she is unblockable. It's not really what you're looking for in a leader, necessarily, but it is an option.

Finally, the original Bird commander, Kangee, Aerie Keeper still costs way too much mana. However, it's nice that you can go forth with your Birds-with-Arms plan without Kangee in play for the entire early and mid-game, and then just use her as an alpha strike once you get a dozen lands or so. That's not nothing.

As I will forever be in the Jank corner, and it's getting to be a lonely place, I just have to know...

Finally, what's your favorite off-the-wall theme? Do you ever use or contribute to the wonderful Scryfall art tagger that makes them possible? What would you build if you could find a playgroup that wouldn't just immediately smash it into the ground?

Let us know in the comments, and we'll see you at the intricately carved wooden table with two birds holding up the top with both their arms and wings.