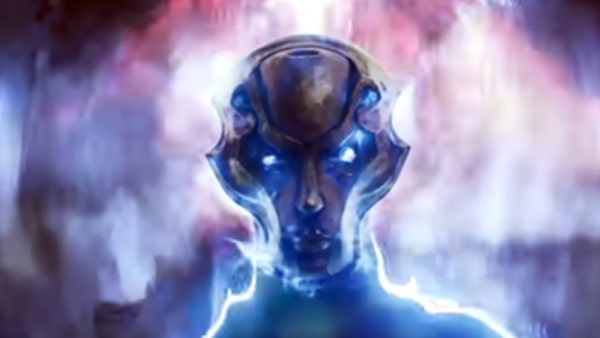 Welcome to Too-Specific Top 10, where if there isn’t a category to rank our pet card at the top of, we’ll just make one up! (Did you know that Grim Guardian is the only black "Enchantress" with four toughness?)

Okay, how many of them were Gods? All of them? Yeah, that's what I thought.

Any top ten list that just looks at the best enchantment creatures is going to be rife with the indestructible Theros Gods, which isn't a bad thing... but doesn't exactly make for an exciting list, either. As such, we'll be eliminating them from consideration, but of course not without giving you a taste first:

Iroas, God of Victory being the best of the multicolored gods was a bit of a surprise for me, but other than that this is about what you'd expect. The mono-colored gods top the list because they're able to be included in more decks by their nature, but the mono-white god is still the least played. Purphoros, God of the Forge is the go-to Pandemonium effect these days, Erebos, God of the Dead is an indestructible Greed with a very relevant "opponents can't gain life" rider, and Thassa, God of the Sea provides everything you could want to ensure card quality for an entire game while also allowing you to swing through for the win in the late game.

So, with the Gods out of the way, let's jump right in with our official criteria for this week's list:

Criteria: Cards that have both the enchantment and creature types, but not the specific "God" creature type. As is tradition, all results are ordered by how many decks they are included in on EDHREC.

While first strike is often seen as an underwhelming keyword, it cannot be overstated how relevant to combat it is when all of your creatures can deal damage first, no matter what. Ensuring that trades become entirely one-sided losses is worth a lot when it comes to swinging in en masse, and the nightmares this can cause for your opponents when it comes to whether they need to save their life or their resources are real. And that's just on offense. Have you ever tried thinking about swinging into a board full of first strike creatures? Double and triple blocks can do some real work when they don't have to worry at all about taking damage. Did I mention that all of this comes at the low low price of three mana, as opposed to the seven or eight you're seeing for some of the other Archetypes?

One of the last words when it comes to Hatebears, Eidolon of Rhetoric does a great impression of Rule of Law, keeping those crazy turns that tend to crop up in the late game under control while also keeping you alive in the early game with its very relevant four toughness. Sure, it's by definition easier to remove than its only-an-enchantment counterpart, but since when was taking up your opponents' removal a bad thing?

Perplexing Chimera is one of those cards that you read and just seems sort of... bad, at first glance. It has you wondering what all the hulabaloo is about, all the way up until an opponent casually slides one onto the table and then says you can take your turn. From then on, you realize that it's an all too aptly named creature, as it makes every decision anyone makes for the rest of the game a living and breathing question mark. Should I play my engine piece? How about my draw spell? Is Eternal Witness better for me or for my opponent right now? Perplexing Chimera makes it so that the only safe moves are playing removal or mass removal, and even half of that can still go sideways if the original owner of the Chimera says "Okay, I'll take that Swords to Plowshares and you can have the Chimera." What are they up to? Can they blink it somehow? Do they have the Wrath of God you've been digging for for three turns? Only time will tell.

In similar fashion to Eidolon of Rhetoric, Underworld Dreams is harder to remove than Fate Unraveler by definition, but is also much harder to splash in three-color decks like Nekusar, the Mindrazer, although currently, both are played in over two-thirds of Nekusar decks, at an even higher rate than any of the Wheel of Fortune effects that the archetype is named for.

Speaking of Archetypes, we get our second one already at number six on the list, and while I've always personally felt that it would make more sense in green than red, there's no denying that Archetype of Aggression is extremely powerful. Giving all of your creatures trample has been a known excellent move ever since the first printing of Overrun back in Tempest, but denying your go-wide-green opponent exactly that effect can be a huge advantage as well. Take that, Craterhoof Behemoth!

While it's not quite Eternal Witness, Nyx Weaver does a decent impression while also being a better blocker and a self-contained means to mill cards into your graveyard. Sure, that means it generally takes a backseat to both E-Wit and Stitcher's Supplier, but if you play in a deck that cares about enchantments or a meta that actually sees the proper amount of Torpor Orb play, Nyx Weaver is worth the consideration. And then of course, there's always the "why not both" defense...

While it takes a bit of imagination to see why the cheaper Archetype of Aggression and Archetype of Courage are excellent at messing with combat on both offense and defense, no imagination is needed with Archetype of Imagination. All your creatures fly, and none of your opponents' do. This means all of your creatures are unblockable for whatever length of time Archetype of Imagination manages to stay in play, and the most common form of evasion doesn't work at all for your opponents when you're thinking about defense. The bar is high for a six-mana creature these days, especially when it only has a 3/2 body... but this not only meets it, it exceeds it.

So in the intro I made a small joke about my pet card Grim Guardian being an enchantress, and many of you probably didn't like that classification. Which is fine; we all have our own ideas about what an archetype or a strategy entails. That said, by any definition other than not having the "enchantress" title in the name, Eidolon of Blossoms makes the cut, often even blowing the actual two- and three-mana enchantresses that draw cards on cast out of the water. Being able to blink enchantments or recur them from the graveyard en masse with a Replenish effect are already things you see in enchantment decks anyway. Being able to draw a card every time you do it for every enchantment that enters the battlefield is just nuts.

Eight mana is a lot of mana. A creature that costs that much should go a long way towards winning you the game. For me personally, I don't know that Archetype of Endurance actually achieves that goal, but there is still no doubting that it's a big deal when an opponent manages to resolve one. Board wipes still work for the most part, but you're never quite fully aware of how many of your cards say "target" on them until you can't target a full quarter of the board. The fact that it also every once in a while finds a relevant opposing creature that (used to) have hexproof is really just gravy for the person playing this very expensive yet very powerful Boar.

I know for myself, Courser of Kruphix is so ubiquitous that I'd actually forgotten that it was from Theros block at all, much less the fact that it'is an enchantment creature. It's just a staple for green decks now, one more hyper-efficient means to get lands into play illegitimately and immediately benefit from them. More than anything else, it reminds us of what the enchantment creature card type is: a disadvantage. Wizards of the Coast Research & Development were very aware that this card was extremely pushed, and wanted it to be even easier to deal with than usual. As such, adding on the enchantment type to the creature makes it removable by both spells and abilities that target creatures along with spells and abilities which target enchantments. In other words, your Naturalize Return to Nature can take care of Courser of Kruphix just as easily as a Doom Blade can. That is... if you remember that Courser is an enchantment. So consider this your reminder, not only for the number one on this list, but for its entirety!

Even without considering the new additions from Theros Beyond Death, there are a whole bunch of enchantment creatures that still deserve a little praise despite not making our top ten. These seemed to fall into relevant categories, so I've gone ahead and grouped them as such.

Having hexproof as a player can really affect a game in a lot of unforeseen ways, most notably when it comes to burn spells like Jaya's Immolating Inferno, which players often use to close out games. That makes Aegis of the Gods relevant for a lot of decks looking to interrupt strategies so they can swing in with small efficient creatures, although not really as much so as Spirit of the Labyrinth. Denying players card advantage is especially crucial in the Hatebears strategy, as it's not difficult for opponents to simply remove all of your threats as they crop up, especially if a table unites against you (as they are wont to do when it comes to seeing a Gaddock Teeg on the table).

For those of us who don't play Kestia, the Cultivator, the intricacies of the Bestow mechanic might be a bit unfamiliar. The basic gist of it is that you can play a creature as an Aura, which then becomes a creature itself with the same abilities if the enchanted creature leaves the battlefield. It was an obvious attempt to fix Licids, but hasn't been a very popular mechanic, probably due to the generally high Bestow costs overall. This also proves true of even the best of them, as they didn't quite crack their way into the top ten and are instead relegated to niche positions just outside of it.

An Enchantress, By Any Other Name

Constellation was a full mechanic based around triggered abilities from enchantments entering the battlefield, in the vein of the popular Enchantress cards from Magic: The Gathering's history. You will note, however, that the only enchantment creature with Constellation to make the top ten list did have the word "draw" in its text box, whereas these ones do not. That is not a coincidence.

Do these count? Probably not. Am I a huge fan of them anyway? Absolutely.

Are you excited about the new Enchantment Creatures out of Theros Beyond Death? I know I am, but I also can't help wondering...

And finally, what are your favorite enchantment creatures, from new sets and old ones? Do you like what Wizards is doing with the Theros focus on enchantments? Have you ever remembered that you can indeed remove a Courser of Kruphix with that Disenchant rotting away in your hand? Let us know in the comments, and we'll see you at the multipurpose tables.