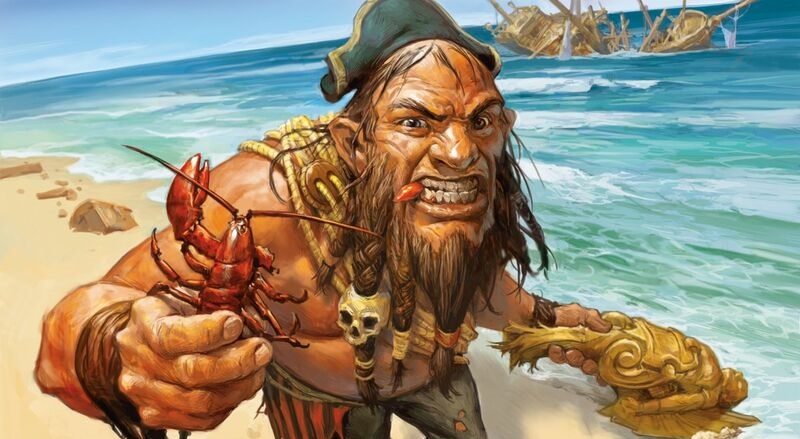 “Each man delights in the work that suits him best.”

Hello, and welcome back to another edition of Ultra Budget Brews, the series that builds entire EDH decks in which no card costs more than $1 (commander(s) excluded). It's been a minute since I've written a normal budget article. If you missed it, I just finished a mini-series of mono-colored budget decks that were geared towards teaching new players, whether by lending the deck to them or playing it against them. I do love teaching new players, but sometimes, I want to build something a bit more complicated, and I almost always want to build with new cards. Enter Commander Legends.

If you've been living under a rock (unlikely, if you are reading this article, but I digress), Commander Legends is unprecedented: it is a full set, like a Standard or Masters set, but instead of being geared towards those constructed formats, it's geared entirely towards EDH. Whether this is good for our format or not isn't within the purview of this piece, but suffice to say, with one or two exceptions, the set is an absolute home run. It's also filled to the gills with interesting legends to build around, but instead of all being relegated to rare and mythic, there are 44 uncommon Partners to build around. Budget brewers, rejoice!

The question quickly became not whether I would build a deck around some of the legends, but rather, which ones? Finding a pair that could be built in interesting, powerful way while still staying "Ultra Budget" was a bit of a challenge, but I think I cracked it. I hope you'll agree!

“There is nothing more admirable than two people who see eye to eye... confounding their enemies and delighting their friends.”

Dargo was the uncommon commander that first jumped out at me. I think he's a bit less meme-y than Kediss, Emberclaw Familiar, Toggo, Goblin Weaponsmith, and Rograkh, Son of Rohgahh, and he got a bit short-shifted as a result, but I think he's arguably more interesting/easier to make work than the others.

Keskit looks potentially powerful, but suffers due to a lack of haste and a tap cost to use his sacrifice ability. In EDH, players typically really, really want their sacrifice outlets to be instant-speed and free; the difference in play between Barrage of Expendables (424 decks) and Goblin Bombardment (13,726 decks) illustrates this nicely. That, paired with the sheer number of other exciting legends, has caused Keskit to be overlooked.

I decided to pair them up because Dargo wants three artifacts or creatures to be sacrificed so he can become a one-mana 7/5 trampler. Meanwhile, Keskit wants to sacrifice three artifacts or creatures. Biscuit, meet gravy. Once you have them nailed down, you can focus on the eggs, hash browns, coffee, and bacon, and so it goes with the rest of our Dargo and Keskit deck. Let's check it out!

If you can't tell, we're playing an artifact Aristocrats deck with a bit of a Voltron backup plan. We have around 35 different cards that are either artifacts themselves, or that make artifacts, plus 29 creature cards. This should ensure that we have enough sacrifice fodder to make our deck work.

Possibly my favorite parts of the deck are the Treasure cards. I'm a huge fan of Treasures. They're great for ramp, and they often enable other artifact shenanigans. An amazing interaction in this deck is that you can sacrifice two Treasures for mana to essentially pay six of Dargo's cost. We only have nine ways to create Treasures in this deck, but I was loathe to add some of the more Limited-focused Treasure-producers like Wily Goblin and Brazen Freebooter, and the best of the best, Dockside Extortionist, costs more than this entire deck.

The deck has a number of win conditions. One of my favorite cards recently is Reckless Fireweaver. It doesn't look like much on its face, but if you're playing a deck with lots of artifacts, the card does quite a bit of damage over the course of the game. There are also a number of ways to turn all of our artifact sacrifice in to damage, namely Disciple of the Vault, Marionette Master, and Mayhem Devil. As a quick aside, Marionette Master does damage to TARGET opponent, not every opponent. If you mix this up, you are liable to embarrass yourself on stream... not that I've ever done anything like that.

The other way that this deck can win is by using Dargo, the Shipwrecker to bash your opponents into paste. A 7/5 trampler for one red mana is silly efficient. We have a few ways to support this gameplan. Gift of Doom allows you to surprise someone by making your Dargo indestructible in a way that doesn't use the stack. It also gives deathtouch, meaning that you can deal a single damage to any blockers, and trample the rest of the damage through. Blood Mist allows Dargo to repeatedly bop for significantly more damage, while Buccaneer's Bravado and Temur Battle Rage do the same thing, except at instant speed.

You'll notice I haven't talked too much about Keskit, the Flesh Sculptor, and that's because it won't be doing anything too splashy, though it will often be the reason that you are able to keep up and position yourself to possibly win the game. The card draw that it provides you will make sure that you never run out of gas, but it does so inconspicuously enough that it's unlikely to draw your opponents' ire.

What a difference the lack the word 'nontoken' makes. If it said that, this is barely playable, but without it, this will help you dig for whatever card you're looking for quite quickly. If you decide to add more graveyard synergies to this deck, and you certainly could, the value of this card only goes up.

While the middle ability isn't one we're particularly interested in, we love the artifact token creation and the ability to remove troublesome blockers out of Dargo's way. Budget brewers must rely on synergy as opposed to sheer power, and this comes up aces in the synergy department.

This is cheap enough to cast and Equip that it isn't unreasonable to think that you can cast Dargo, cast this, and Equip him, all in one turn. While I don't suspect this will often grow Dargo more than a handful of times, there will be games that players simply don't have the necessary removal in hand, and Dargo will proceed to wreck them on the way to winning you the 'ship. 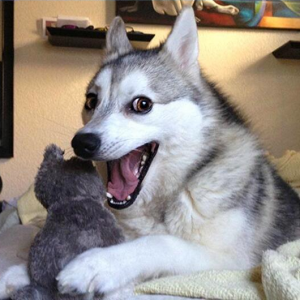 Every single time I play this card in my Akiri Line-Slinger deck, I say "I'll cast EDH staple Prying Blade," just so everyone knows I'm about to beat their faces in with bad Limited-only cards from Ixalan. Establishing dominance is important. Making Treasures is even more important. This card will absolutely overperform in this deck.

Bad Bitterblossom still gets the job done. I've never actually gotten the Zombie army token to six power to turn on lifelink, but that's because if I'm including this in a deck, I'm sacrificing the token this creates to enable other nonsense. This synergizes perfectly with both Dargo and Keskit.

As always, these are the cards that I would include if I were unconcerned about a strict budget restriction, wanted to up the power level of the deck, or simply had easy access to a copy

A perfect card for what this deck is hoping to do, this has slowly crept up in price and just recently jumped outside of our budget range. This will almost always make you more mana than it costs, but this will typically be paired with something like Reckless Fireweaver or Marionette Master to kill your opponents out of nowhere.

I personally don't include this in decks unless it fits thematically (for me, it has started to reach Laboratory Maniac levels of yawn inducement), but it definitely fits this deck like a glove. If you do manage to win with this, make sure you throw your Treasure tokens in the air like some strange combination of Lebron James and Scrooge McDuck.

This was the first card I attempted to add to the deck. It provides great card selection, and even card draw later on. In my personal Treasure deck, this is one of my favorite turn-two plays and, over the course of a game, will give you so much more than two mana worth of value.

I love that this card represents killing a creature and looting its corpse for a small amount of Treasure, like most of us have done in dozens of video games. This allows our Dargo or Keskit to sacrifice creatures and turn them into a resource we can use later. This isn't exactly underrated, but it's fantastic in this deck.

Lieutenant is a keyword that works very well with Partners, as you are, in theory, twice as likely to have a commander on the field, especially if they're cheap. This sits on the battlefield making evasive Thopters that can be sacrificed to either creature or artifact sacrifice outlets. All of that for a mere two mana. Apprentice is sneaky good in a lot of decks, and this is one of them.

“There is a time for many words, and there is also a time for sleep.”

What do you think of this Partner deck? Do you like Dargo and Keskit together, or is there another pairing you would have preferred with either of them? Are there any obvious inclusions I overlooked? Let me know below!

Earlier I discussed the previous articles that I had written about decks for players just getting in to EDH. I've gotten a fair amount of feedback from you all, some of it positive, glad that they are a resource that exist, and some of it negative, wishing I built more 'normal' budget decks. I see the merits of both sides, but figured I'd do a democracy and let you all make your voices heard. Either way, I'll still continue writing 'normal' budget articles, but I'm curious if I can quantify exactly how many people find 'beginners decks' a helpful resource that you'd like to see expanded upon. Let me know in the poll below. Until next time!