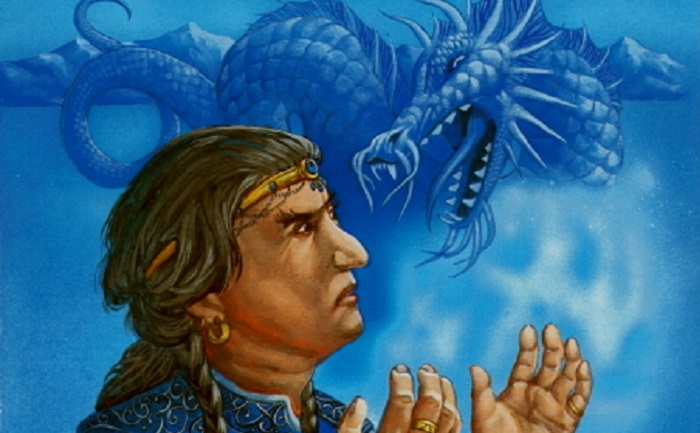 The Sound of Doom: PING!

Hello again, all of you lovely Commander faithful readers! As always, welcome to this week’s edition of Uncommonders, the series that explores underappreciated commanders printed at the uncommon level.

I want to preface this article with a reminder that we are about to take a break for this series, as I am going to be writing this year’s edition of Replacement Commanders. Now that the notification is out of the way, let us carry on with what we came here to do, which, of course, is to talk about awesome legendary creatures printed at the uncommon rarity, both from the more recent Dominaria set as well as throughout the history of Magic: the Gathering. Since we covered Tetsuko Umezawa, Fugitive in an infectious way last time, we are back to looking through the past, and I think I have an interesting card for all of you today. We are still in mono-blue, but a very different sort of mono-blue, as we talk about…

When I was going through all the pre-Dominaria uncommon legendary creatures, it started getting harder and harder to find interesting ones. Many of the ones printed in the Legends set were uninspiring, such as some of the more vanilla (no unique abilities) cards like Jedit Ojanen. Reveka stood out to me for a couple of reasons. First, if you look at the uncommon printing from Masters Edition III, you will notice this is a Dwarf Wizard! In mono-blue! How crazy is that?! The Dwarf type exists largely in Boros colors with a smattering of black, so seeing a blue one just made my day. Secondly, the ability to tap and deal damage, commonly known as “pinging”, has existed in mono-blue for a long time, though it is rarely seen in more recent sets, and when it does make an appearance, it is largely confined to red creatures. I decided to dive into a mono-blue pinger theme and even found a few ways to make winning with the deck more believable than just a janky dream. I also enjoy the fact that there are next to no decks for Reveka, even according to the massive data pool EDHREC gets to work with! NOTE: I wanted to clarify something before we get into the cards. I have seen normally at least one comment each time we look at an older Uncommonder asking when it was printed as an uncommon card. I am not above admitting that I “cheated” a bit, allowed printings from Masters Edition III (like the printing of Reveka that is uncommon) be included in the search results for the series, even though it is a Magic-Online-only product. If you have never seen a card printed as an uncommon in paper, that is probably the reason why. I hope everyone understands that this inclusion helped make these articles much more interesting than using vanilla creatures! Thanks!

Pinger decks are not common in the wild, most likely because the strategy tends to have a few downsides: the creatures are normally small, and the damage they deal can take a while to add up to something significant. Add the fact that, at least in mono-blue, we need to wait a turn to take advantage due to summoning sickness. With that in mind, we want to amplify the impact of our pingers and make it so we can activate them as soon as possible. While a simple Lightning Greaves works fine to equip for free and move between pingers, Thousand-Year Elixir is a blanket effect and even comes with an untap ability for repeatability.

“But Seth," you say, "even with haste, these are still only pinging for one or two damage! How do I win with that?!” One way is by making that tiny bit of damage capable of destroying even the biggest of creatures. We do that by giving our pingers deathtouch through the use of Equipment like Basilisk Collar, Gorgon Flail, and the spicy selection of Quietus Spike, which has the added bonus of halving an opponent's life total if the equipped creature makes contact. Now our pingers are removal spells that we can use to keep ourselves safe. For pesky creatures with hexproof or shroud, Arcane Lighthouse and Detection Tower will let our pingers target whatever we want!

Now that our pingers are bangers, we want to be able to ping repeatedly. The EDHREC page for Reveka suggested some Auras that enable untap shenanigans. I briefly considered some of them, but those of you who read these articles consistently know that I am all about repeatable effects, and losing an Aura when the enchanted creature dies always feels bad to me. Cards like Staff of Domination and Sword of the Paruns are more repeatable and don't go to the graveyard when the creature dies. I also included Thornbite Staff because I like how it synergizes with deathtouch, essentially turning our pingers into machine guns for creatures and locking the board up to keep us safe.

To Infinity, and Beyond!

With ways to keep ourselves safe and deter our opponents from just killing us while only running small pinging creatures, we need a way to win the game. Ironically, those small pinging creatures are part of the wincon, but the real fuel for the engine is what allows us to keep pinging infinitely. The most obvious part of this combo is Isochron Scepter with Dramatic Reversal, commonly referred to as "Dramatic Scepter." Combined with enough mana rocks (or even just the traditional Sol Ring) will allow us to ping, untap all our pingers, ping again, and then untap again as much as we want.

Important support cards like ways to find the combo pieces are important, so Trinket Mage, Tribute Mage and Mystical Tutor add a bit of consistency to the deck. The aforementioned Staff of Domination and Sword of the Paruns can be backup wincons with enough mana, so I included Rings of Brighthearth and Basalt Monolith. Umbral Mantle having a means to pay mana to untap a creature using generic mana is another way to win the game, while both Grafted Exoskeleton and Corrupted Conscience are ways to speed things up.

Finally, the last of the combos in the deck is Mind Over Matter and Curiosity, giving you a card every time you ping, which you then discard to untap and ping again. This is less “infinite” and more “until you run out of cards” so I mostly consider this to be a backup combo more than anything.

Wait, You’re Not Running WHAT?!

Before we look at the list, I do want to address a few missing cards. You will not see Azami, Lady of Scrolls, Laboratory Maniac, or Jace, Wielder of Mysteries, even though they would all work well in the deck. Some people may think this is due to my dislike for Lab Man, but it really has more to do with how I want the deck to operate. I want to win the game with pinging damage, like a “death by a million cuts” feel that some Aristocrats decks employ. If this is less important to you, or if you just enjoy Lab Man decks, feel free to alter the list if you are interested in trying this idea out! After all, these small differences are one of the main reasons this format is so fantastic!

Every good deck does need ramp, draw, removal and Wraths, so if we throw those into the deck, it will come out looking like this:

Thank You for the Feedback!

I really have enjoyed including comments from the previous article, as it gives me a way to respond to some of the most fun things you readers say. However, I also want to draw attention to the fact that not every comment is just gushing over the lists, if only for a sake of transparency. On the Reddit thread for the last article, /u/lyxte wrote:

Do you have something that restricts your build? I ask because it seems all over the place. Are you restricting yourself on power level? Price? Just randomly?

It seems weird to be spikey enough to rock Strip Mine and Cyclonic Rift but not Ponder or Preordain. Why would you play Noxious Throng over Time Warp unless you're making a fun deck.... but if it’s a fun deck, what’s with the hard counters? Inexorable Tide, which is cool and wants you to deal one infect then cantrip like crazy, but almost no cantrips despite being blue?!

First, thank you! I really do appreciate people being honest and trying to understand the deck ideas. To really answer the question, there are some things that dictate slots in my lists. Strip Mine is normally an auto-include because I feel like every deck needs a way to answer nonbasic lands that offer insane value (like Gaea’s Cradle, for example). I also tend to throw in cards based on EDHREC data, which is why Cyclonic Rift makes so many appearances and why Notorious Throng was in my Tetsuko Umezawa, Fugitive deck over Time Warp. And let me be 100% honest, sometimes I just miss or mess things up. Still, like I said, I appreciate the curiosity and the honest feedback! Feel free to keep comments like that coming (but, of course, please try to be polite and constructive like /u/lyxte was last week).

Well, friends, this is goodbye to Uncommonders for a little while! It has been such a thrill to do this series for so long and I have loved bringing you crazy, fun ideas! Hopefully it will be more of the same with Replacement Commanders, and if you want some craziness until then, make sure you are following me on Twitter where I am constantly rambling about Magic: the Gathering! You can also join the public Praetor Magic Discord server that I run with the rest of the team, or check out our videos on the Praetor Magic YouTube channel! Until the first step into Replacement Commanders, you know what to do!

Keep pinging those opponents (and dropping bombs like Dramatic Scepter)!