Uncommonders – Sneaking on the High Seas 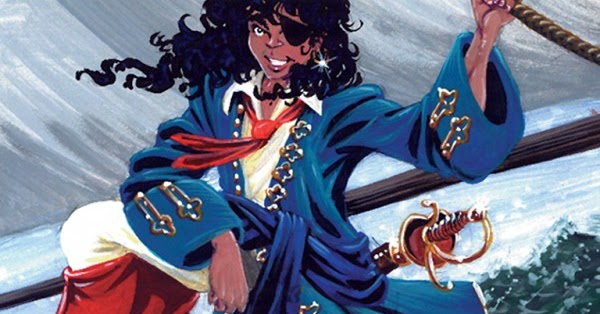 What do we do with a drunken sailor?

Hello again to all the Commander players out there! My name is Seth Crosss and I love writing about some of the most ridiculous deck ideas ever invented! Better yet, I love those decks led by uncommon legendary creatures, so welcome back to Uncommonders, where we talk about just that: uncommon commanders! My hype for this article is due to my excitement for Modern Horizons, where we’ve so many awesome new cards. I was lucky enough to write the review of the black cards of the set, which inspired today’s deck idea!

It feels like such an exciting time to be a Magic: the Gathering player, and even more so to be a fan of the Commander format. With every new set, it seems like we get a treasure trove of new goodies, from awesome legendary creatures to the supportive cards we need or want to build with some fun, silly ideas. For this article, we are heading back in time to an older uncommon legendary creature, a commander they call…

I know. At first glance, you’re probably thinking, “Wow, DM has lost his mind!” But follow me down the rabbit hole for a moment: I understand that a six-mana 4/3 with first strike does not immediately inspire anyone. However, the original idea behind picking Ramirez was that I wanted to build a blue-black Pirates deck. Thanks to Ixalan, the tribe has gotten quite the boost, and I figured it would be a fun idea, especially with some themed support cards to boot. When I was writing the black set review for Modern Horizons, though, I realized I was so hyped for the newly-printed Ninjas in the set, and something struck me like a Lightning Bolt to the brain! For those of you who may not know or even just not remember, Assassin’s Creed IV: Black Flag was based around pirates and the British Navy duking it out in the Caribbean. The main character is Edward Kenway, a pirate who finds himself rolled up in the war between the Assassins and the Templars, who were battling for yet another mystical artifact. Eventually, Kenway became one of the Assassins himself. While Ninjas are not the exact same as an Assassin, I figure the concepts of stealth and killing one’s opponent with a swift, precise strike translates well enough on their own.

So that is the idea for today. We are going full theme and meme, and I personally cannot wait. I do want to make a disclaimer that some of the cards included are for theme purposes. If I wanted to make a “real” or “better” Ninjas deck, it would be completely different, down to the commander. I hope we can put aside power levels for just today and have some fun!

Whenever I brew a deck according to theme, I tend to dive deep in relating certain cards back to places, situations, special items, and people. With a deck based on such a well-received game like Black Flag, I doubled down to ensure I had as many of my bases covered as possible. There are many characters to cover from the game, so unfortunately not everyone made it in, but I included what I felt were the biggest names from Black Flag.

My favorite character from the game, aside from Kenway himself, was James Kidd, a.k.a. Mary Read. A friend to Kenway, she was a pirate who was also part of the Assassin’s order, so I felt it was appropriate to have her represented by a Ninja for the deck. Mary was cool, confident, and very crafty as an Assassin, so I chose Yuriko, the Tiger’s Shadow as her manifestation. Two of Kenway’s other pirate compatriots were Edward “Blackbeard” Thatch and Benjamin Hornigold. I chose Pitiless Plunderer for Hornigold, who eventually changes sides to the Templars. For Blackbeard and his belief that there was power in being a scary spectacle, I chose Dire Fleet Ravager for a big, bursty effect on the life totals of the game.

The last of the big pirate crew was Charles Vane, who eventually fell victim to his own greed and anger and went crazy by the end of the game. While he was a pirate throughout most of the story, he becomes a traitor and a prisoner, so I chose something that illustrates his different phases while also helping the deck: Changeling Outcast!

Another major character from Black Flag was the sage Woodes Rogers. Woodes was the key to finding the mystical artifact of the story, so my first thought was an artifact tutor. However, when I remembered that the “mystical artifact” of Black Flag was a place, not an object, I knew that meant the card would need to be able to find lands as well. I finally settled on Sidisi, Undead Vizier to both illustrate Rogers’ cutthroat nature in sacrificing others, while also still being the key to finding whatever we need. The last character I made sure to represent was Adewale, Kenway’s quartermaster. Initially, I was going to use Deadeye Quartermaster for the obvious connection both to being a quartermaster as well as finding Kenway’s ship, the Jackdaw. However, I remembered that Adewale eventually joins the Assassins, and thus chose to use a Ninja to represent him. Adewale is big on working as a group and supporting those he believes in, so Ingenious Infiltrator felt like a great fit for him.

A staple of the Assassin’s Creed series is collecting pieces of gear, as well as keys to get a legendary suit of Assassin armor. I figured the best way to represent these themes in the deck was by including Equipment cards. Quietus Spike is a great option for the famous wrist blades, Prying Blade is solid as Kenway’s sword, and Whispersilk Cloak represents the hood of Kenway’s outfit, which he normally pulls on when going into stealth mode.

In the game, players could also upgrade their ships to have a diving bell in order to find treasure in the ocean, and it honestly looked like a gigantic Temple Bell, so I added that as well. For Kenway’s ship, the Jackdaw, I chose Conqueror’s Galleon. I realize that a Galleon is much bigger than Kenway’s small ship, but I liked that this Galleon can transform into Conqueror’s Foothold, which represents the pirate base of Nassau.

I tossed in some other goodies like Thaumatic Compass (because every sailor needs to know how to find their way!) and I felt Key to the City could work according to that theme as well, since throughout the game you pick many locks and steal many keys. Cover of Darkness also fit, as every good Assassin does their best work in the dark. For Wrath effects, I was lucky to be able to find a connection for Cyclonic Rift, as there are many instances while sailing wherein you must avoid waterspouts. Speaking of spouts, Aetherspouts works here as well, alongside Devastation Tide and Wash Out.

The truth is that I could name every card in this deck and where I saw it represented in the game. I spent hours cutting, substituting, researching game information, looking up weird cards, looking at different decklists, and just overall trying to make this deck perfect. But if I detailed the entire process from start to finish, we would never see the list! So let us cut to the good part:


A tough thing about flavor-based or theme decks is that it can obstruct your ability to use solid staple cards in EDH. Luckily, there are a few that still fit into this flavorful build: Sol Ring, for example, can represent Kenway’s wedding ring he gave to the wife that left him; Burnished Hart is one of many creatures you can hunt in the game; rocks like Dimir Signet are useful to represent the treasures and gems that Kenway is always trying to steal away. If you’re clever, you can find connections for just about everything!

Before we wrap up, per tradition, let’s tune in to the comments from last week’s Tiana, Ship’s Caretaker article. The article received many great comments, especially over on the /r/EDH subreddit. This made it very hard to pick one to respond to in today’s article, but I think my favorite was from /u/Gluttony4, who wrote:

I love Tiana, and I quite like your take on her, especially because most of the (admittedly few) people I’ve seen talk about her always go right for the Equipments and tend to forget that good Auras exist!

Swap out just a few cards (coughTeferi’sProtectioncough) and maybe simplify the land base a little, and your list is also pretty great for players on a budget!

They suggested a bunch of other awesome stuff for Tiana, and you can read the full comment here. I loved this reply for several reasons. First, I enjoy that people recognize Tiana has two possible tracks, since Tiana is often stuck with just Equipment; Valduk, Keeper of the Flame suffers from the same kind of stereotyping. The second reason I loved this comment is the attention it gives to people playing on a budget. Any time anyone has some ideas for budget options for my lists, I thoroughly enjoy hearing them! I try to build my lists with a lower budget in mind, if only to ensure new players can enjoy them relatively easily and cheaply.

Alright, Assassin’s Creed faithful, how did I do? Is there anything in the list that makes no sense to you? Feel free to let me know in the comments below and I will try to explain my thinking for the included cards! As I said earlier, I could go over each card selection, but I think the article would run out of room! I hope you enjoyed this week’s fun theme, and I hope I find room to do more of these in the future. If this article was especially interesting to you, let me know that in the comments, too!

In the meantime, remember you can follow me on Twitter and enjoy all of my daily Commander and Magic: the Gathering ramblings! I also stream twice a week on the Praetor Magic Twitch channel and we do gameplay videos and more over on our YouTube channel. Our podcast comes out on basically every podcast platform if you search “Praetor Magic” or “Reflections of the Council”. Of course, you can join us on our public Praetor Magic Discord server, too! Until next time, though…

Keep assassinating those opponents! Bombs away!