Power Sink - Lifestyles of the Rich and Famous 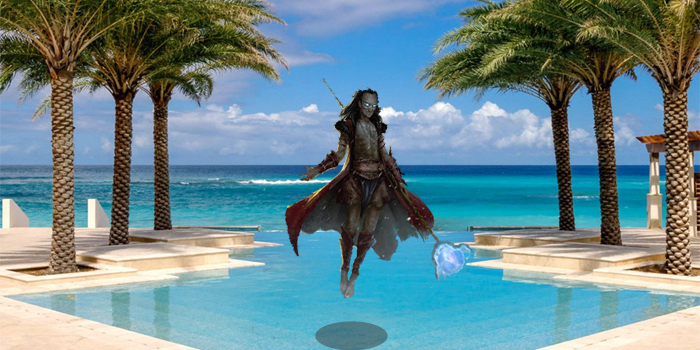 Where The Elite Meet to Play Commander

Hello, and welcome back to Power Sink, where we take a look at the lives of the most opulent commanders in the format and maybe convince them to slum it a little. Today we're visiting Zur, the Enchanter and his sprawling 99-acre estate, and we're gonna see how he can live a little more modestly, to make life fun for the whole table.

Boasting a net worth of 2,993 decks according to EDHREC, Zur is the 37th richest commander in the world and the third richest in Esper, where he enjoys the finest in removal, tutors, and card draw. Zur has been around for quite a long time, and while these days he may be a little past his prime, people still tend to turn green with envy when they see him, and it's easy to see why. Zur has flying, so it's easy for him to jet-set around the globe without encountering the obstacles plaguing those with lesser means of transportation. What's more, whenever Zur makes one of these trips, he always takes along whatever strikes his fancy from his three-mana-value enchantment collection.

With introductions out of the way, let's take a look at Zur's sprawling, Hollywood Hills mansion.

Absolutely stunning. Zur's enchantment collection is fully on display here, with Necropotence, Rhystic Study, and Mystic Remora being the crown jewels. Only top shelf card advantage for Zur. Alongside that, we see remnants of his stint as a Voltron commander with items such as Ethereal Armor and Shielded by Faith. We also see space dedicated to his hobby of building pillow forts with Ghostly Prison and Propaganda. He even has some fetching removal specimens like Banishing Light and Imprisoned in the Moon.

As fascinating as all this is, it doesn't tell the whole story. Zur rose to fame and fortune in the competitive scene. From Doomsday to Demonic Consultation, Zur has been at the head of some of the most powerful decks in the format, and his reputation precedes him.

Today we'll be looking at a different side of Zur. He's gone on holiday, and we're getting an exclusive tour of his summer home after the break.

Away with the old, established Zur! Let's see how he lives while on vacation. Zur's fabulous summer chateau is built in the life-swapping-deck architecture style that was popularized by Selenia, Dark Angel. Zur brings his own personal touch to this classic by adding three-mana-value enchantments he can display for any occasion.

They say you have to spend money to make money, and Zur certainly knows that. He's ready to spend, spend, spend on enchantments for his summer home. While Necropotence would absolutely fit with the décor, we're leaving it back in the main residence. It's a controversial piece that would certainly upset the neighbors. Instead he's buying into more obscure works. Soul Channeling lets him pay out most of his life total if need be, but it also helps him stay on the field. Unspeakable Symbol lets him make those smash hits. Murderous Betrayal can remove any unwanted guests while Lurking Evil and Evra, Halcyon Witness can join Zur's entourage in combat. Evra even helps him regain some of his life, which helps when he shows up to the exclusive Bolas's Citadel.

Zur is nothing if not magnanimous, and he is more than happy to share the experience of having spent tons of life. Sometimes he'll feel particularly generous and will Repay in Kind to share the love with everyone, but usually Zur does this for his fans one at a time with Axis of Mortality, Soul Conduit, and Profane Transfusion. When swapping life totals, it's important to note that going to a higher life total is in fact considered lifegain, so Zur can also buy a second round for everyone with Sanguine Bond and Vizkopa Guildmage.

How is Zur able to spend so lavishly? He diversifies his life portfolio with several options he can withdraw from if need be. Children of Korlis and Tainted Sigil provide a full refund of his life payments. Phyrexian Unlife lets him spend everything without declaring bankruptcy. Righteous Aura lets him write off any large purchases he has to make, paying two life instead of suffering any damages to his precious investment. Propaganda and Ghostly Prison make sure that not just any creature can attack. Enduring Angel pays him back with three life if he happens to lose everything and even accrues interest when it transforms, doubling his life total on attack.

With so many valuable commodities, it's only natural for Zur to have an insurance policy in case anything happens to them. Dance of the Manse and Restoration Specialist can replace any valuable artifacts or enchantments, while Mistveil Plains and Hall of Heliod's Generosity can put enchantments back in the library, so Zur can find them again. There aren't many creatures at Zur's vacation home, but the ones that are there help keep the place shipshape, and a Phyrexian Reclamation makes sure they're up to the task. If all this isn't enough, Zur has also invested in a Sun Titan catch-all policy!

Outside the grounds of his summer chateau, Zur likes to go out on the town and visit other celebrity commanders. Ever the fashionista, he has a penchant for All that Glitters and can often be spotted making an impact donning the latest in Ethereal Armor. Zur is not above mixing business and pleasure, so he makes use of Staggering Insight and Witch's Clinic to grant lifelink so he can get paid whenever he makes an appearance. To top it all off, Light of Promise gives him a little something extra in the form of +1/+1 counters when he adds to his life savings.

I hope you enjoyed our tour of of Zur's vacation home. As you can see, he has much more to offer than simply finding the best in card advantage with Necropotence. Not only can Zur adapt to this lifegain vacation strategy, but he's even a well-known cyclist thanks to his easy access to Astral Slide and Astral Drift. He's also been known to put his detractors on High Alert with a "toughness matters" strategy.

Which three-mana value enchantments would you build a Zur deck around? It's time to hit the pool, so let me know in the comments!