You Win, or You Die

Hello, and welcome to Challenge the Stats, the series based on the EDHRECast segment, where we highlight cards that we think are overplayed, underplayed, or sleeper picks to accompany EDHREC’s data. However, remember, humble deckbrewer, those card choices made by you for flavor, budget, art, or fun, are always most important and are what keep our format unique and awesome. 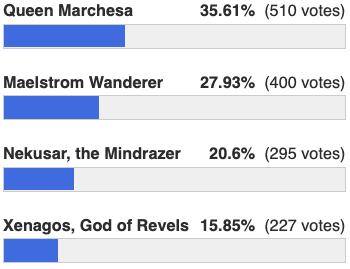 Joey Schultz recently made a fantastic Upping the Average video on Queen Marchesa, where he takes the average decklist on EDHREC and makes a few tweaks to take it from a good start to a great one. He has some great insights about our revered ruler, so you should definitely check it out! All of the cards that Joey swapped in in his video would have made great overplayed and underplayed challenges in this series, but I'm going to avoid all of those and give you all new ones to consider for maximum uppage!

Queen Marchesa has a ridiculous number of themes on her page. When we're looking at any commander, we need to wonder if any of the themes we're seeing are heavily influencing the data on the main page. Luckily, it seems that all of these themes are holding a fairly small percentage of decks, so we are free to challenge Marchesa's page as-is. We're going to challenge the data from all 2,644 Queen Marchesa decks at the time of writing, and you can see how often those cards are played in parentheses (%). Here we go.

We're starting out with some vegetables. Our commander costs four mana, so ramping on turn two lets us play her on turn three. Facing the decision on turn three to either ramp or play our queen doesn't feel good. The same can also be said for Commander's Sphere (30%), Darksteel Ingot (9%), and Mardu Banner (9%). I know it's important to hit our colors, but the Signets and Talismans are great at fixing our colors at two CMC, and most of them are pretty affordable right now! Also, don't forget about the wonderful Curse of Opulence!

Boy howdy! It feels good to say an $8 card is overplayed when Arcane Signet is currently sitting at $2.

Commander players are pretty divided over this card. Temple is played in almost 80,000 decks on EDHREC, and if we look at the top commanders it's played with, 16/18 of them don't have green in their colors. Ironically, it does better in green decks, who can more reliably get to five lands.

On its face, Temple of the False God looks like a budget Ancient Tomb, but it's far from it: Temple is 100% dead if it's our fourth land drop or sooner. Nevertheless, it's jammed in every precon commander deck like a bad prank. Yes, there are decks where it can work, but let's be careful about the drawbacks. Since our queen really cares about fixing her colors as early as possible, a colorless land that doesn't tap for mana in the early game is a double insult to the crown.

We're in a deck that wants to deter and control attacks, so having this sit around and threaten to kill any non-vigilant attacker that comes our way is a great pillow fort effect. We also don't have to hold up mana for creature removal spells when we have a tap ability that can get the job done. I love this and other "snakebite" effects that just sit there and threaten opponents.

Alongside challenging Royal Assassin as being underplayed, I'd also like to propose more cards like it. Some of my other favorites that don't show up on Marchesa's page are Bounty Agent because it hits commanders, Intrepid Hero because it hits any big creature, and Stalking Leonin because I love the "secretly choose an opponent" minigame.

Hey, look at us: we're challenging vegetables again! I'm not sure if people are really hedging their bets on getting that Monarch trigger every turn, but there is a striking lack of draw on Marchesa's page. If we look at her average decklist, there are currently only four reliable sources of card advantage in the entire deck: Mangara, the Diplomat, Skullclamp, Phyrexian Arena, and Tevesh Szat, Doom of Fools.

Both of these clues tell us that card advantage is neglected in many Queen Marchesa decks. Yes, every Monarch card makes sure we draw on our end step, but we're capped at one card per turn with those! I could see cutting a couple of draw sources down from my comfortable ten to a meager seven or eight, but certainly not four!

We just saw Agitator Ant in Commander 2020, which is a much worse version of Orzhov Advokist, in my opinion. Agitator Ant triggering on end step is oodles worse than Orzhov Advokist triggering on upkeep. The power of the Advokist isn't in the counters, it's in the information. If we know we are safe from attacks for a whole turn rotation, we don't have to worry about keeping a removal spell up and we can invest more mana into developing our board. If an opponent isn't planning on attacking us, they're usually fine letting us know in exchange for two +1/+1 counters.

This can create a little minigame with our opponents where they feel pressured to take the counters. If an opponent doesn't take the deal, it's pretty safe to assume they plan on attacking us, and we can plan accordingly. It's also easy to forget that we always get the counters and don't have to make any promises.

Fun rules quirks: Orzhov Advokist also prevents any new creatures played on our opponents' next turn from attacking us (even if they came in after the deal was made), and the effect persists even if the Advokist is removed.

This text on the Portal seems scary, but it plays out well when we plan on playing a control game and not committing to the board as much as our opponents. Most of the time, this will just be a Phyrexian Arena effect but, if the battlefield ever gets too scary, players can vote to blow everything up. We're not planning on being the archenemy, we're planning on sitting back and "Mr. Burns-ing" with our fingers. If the board gets out of control, we want to blow it up anyway.

Coercive Portal also has the effect of opening conversations and getting players talking about threat assessment. Also, note that when it's down to 1v1, our last opponent can't vote against us to destroy our board, so we're free to commit as much as we want and finish them off.

That passive life drain ability is pretty sweet, but we really like Brutal Hordechief for controlling combat. First, let's acknowledge that five mana for the Hordechief's activated ability is a lot to invest and a lot to hold open. But, we have lots of instant-speed removal to also hold up, and we can just activate the ability on our turn and not worry about holding it up. Let's see all the things we can do with this:

I'm sure there are utilities I missed, so let me know in the comments! Even with just these options, I hope it's easy to see why this card needs some love.

We're trying to control the board until our opponents wear each other down. However, we need a way to finish them off, or at least the last opponent in a 1v1. Insurrection serves this purpose already in 9% of Queen Marchesa decks, but it's just too expensive these days at eight mana, and triple red, in our three-color deck. Mob Rule often has the same effect but for a much cheaper mana cost.

Pumping our commander and any other Assassins is great. We can also cash in any of our loyal Assassins to save our queen, which feels very dignified and on-theme. While we're at it, our Assassins can show their Fanatical Devotion to our queen by sacrificing themselves to that card as well. Fanatical Devotion has the benefit of being able to save half of our creatures in a boardwipe, regardless of what creature type they are.

This is a great suggestion from one of our own writers/web developers, Nate Burgess. It's slightly more tailored to Human Tribal, but could be a solid roleplayer outside of that niche, too. Getting a free Lightning Bolt whenever we draw from Monarch (and other second-draws) is a pretty sweet deal, and four toughness makes for a decent blocker to help keep the crown. 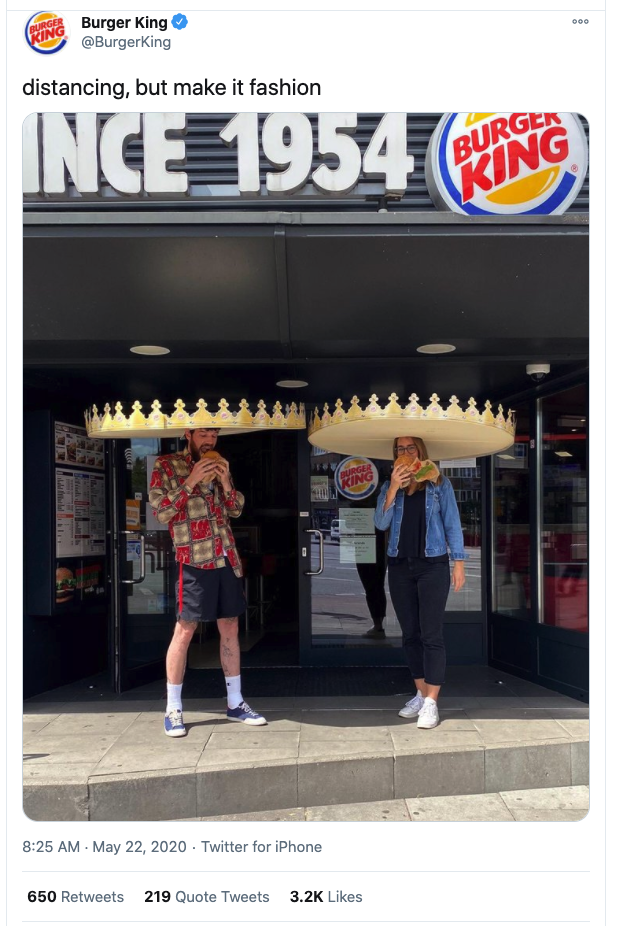 If I can get my hands on one of these, it's definitely going to be my new Monarch token for when we can finally play in-person again.

Long May She Reign

...Because apparently Queen Marchesa can't be mentioned without saying it!

Are there any other cards you would challenge? What do you think of the new Queen Marchesa showcase frame? Let me know in the comments below! As always, you can find me on twitter @jevin_mtg or shoot me an email at jevinlortie@gmail.com.