Doesn't 2020 have us all feeling like we want to riot about something? Hang in there, everyone! Stay home and sip your Tension Tamer Tea religiously like I do. Yes, I buy the 6-pack on Amazon because that's just where I'm at right now.

Rakdos wants to riot, too. Rakdos wants to poke all of our opponents with damage and then use that rage-fuel to power out huge creatures like Demons or Eldrazi. Let's pour all of our riot-y energy into tuning up the EDHRECommendations for Rakdos so he SMASHES.

This is Challenge the Stats, the series based on the EDHRECast segment, where we pick out cards that we think are overplayed, underplayed, or sleepers to challenge EDHREC’s data. Always remember dear reader: card choices made by you, the deckbrewer, for any reason such as flavor, budget, art, or fun, are always most important and are what keep our format unique and awesome. 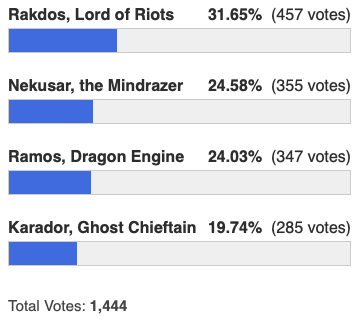 We're going to challenge the data from all 1,286 Rakdos, Lord of Riots decks at the time of writing, and you can see how often those cards are played in parentheses (%). Here we go.

If we're not building a Tribe, be extra critical of Tribal cards.

I'm going to get technical for a second.

EDHREC classifies a "Tribe" as a deck having more than 10 creatures and at least 60% of them share the same creature type. When we're talking about really expensive creatures like Demons or Eldrazi, it makes sense that all of our support creatures at a lower CMC could easily take up over 40% of our creature pool.

Currently, EDHREC is calculating 7% of Rakdos decks as Demon Tribal and 4% of Rakdos decks as Eldrazi Tribal. However, the page is chock full of these creatures! It's possible some folks don't care what creature type they're using, but I think a lot of tribal decks are flying under the "EDHREC radar".

Seeing Rakdos, the Showstopper played in 27% of all Rakdos, Lord of Riots decks supports my theory. The Showstopper could be there for flavor, but we could also look at the mediocre Bloodgift Demon that shows up mostly in Demon decks, but is played in nearly 50% of Rakdos decks.

The challenge here is really to recognize that more people are playing tribal than we think, so be aware of that when building off of the page. If we're not building a Tribe, be extra critical of Tribal cards.

Similar to tribal cards, I think we're seeing this one here for the flavor. If we're playing it for the flavor and it brings us joy, that's great! Stop reading now and skip to the next section! *whispers* Okay, for those of you still reading, I don't think this card is quite good enough. We have so many options to deal damage that this one is going to feel over-costed to only hit one opponent. What I like even more in its place is the newly reprinted Rolling Earthquake. It does triple duty as a flexible board wipe, cost-reducer, and win condition!

Similar to Tribal cards, we should look at flavorful cards on the EDHREC page with an extra-careful eye. Rakdos Charm, on the other hand, is a slam dunk.

All data are subject to bias, and knowing the bias helps us understand the data.

Staff of Nin deals out one damage per turn and one card per turn, so that's kind of like ramp and draw in one for us. We have much more efficient ways to draw cards and much more efficient ways to deal damage. Also, the six-CMC slot is already overcrowded with big creatures, so let's skip the Staff. I'd opt for our draw to be lower on the curve, like Night's Whisper or Sign in Blood, or attached to creatures, like Vilis, Broker of Blood or Sandstone Oracle.

You're probably sick of me saying that if our commander costs four mana, we need two-CMC ramp cards. Here is an exception to the rule! Getting the fixing to have Rakdos out on turn three when we played a rock on turn two is going to be really hard with his color requirements, so let's loosen up a bit. As my old stats professor used to say: pour yourself a glass of wine, draw yourself a bath, and then look at the data.

Cryptolith Fragment synergizes so well with our commander that it's definitely an essential card in the Rakdos deck. This Manalith variant has a ton of upside for us (also shoutout to Belbe, Corrupted Observer)! It helps us get out Rakdos with colored mana. Once we do, tapping the fragment with three opponents also reduces our creature casting cost by three! The backside is good, too, but don't even worry about it because it's never going to happen.

Another essential card for Rakdos is Neheb, the Eternal (42%), because it functions as a second copy of our commander, but the $20 price tag is probably knocking its numbers down. Let's keep an eye out for a reprint for this one soon since it's such a great piece in a lot of decks.

Pour yourself a glass of wine, draw yourself a bath, and then look at the data.

Don't be fooled by the low price tag, Sandstone Oracle is a great way to refill our hand! Colorless cards are doubleplusgood for Rakdos since they can be entirely free, and this is a flying beater that can draw us a ton of cards when it hits the battlefield. Rakdos wants to dump our entire hand of huge creatures at once, so getting a refill is key to keeping us going. We can play those creatures we just drew, too, to fuel an even more explosive turn!

This is a great recommendation from my friend Matt, who got me back into Magic after my hiatus (the Craig Blanchette to my Josh Lee Kwai?). I've been hosed by his Rakdos, Lord of Riots deck many times. Rakdos wants to help us dump our whole hand of huge creatures out in one turn. Waiting to attack for an entire turn rotation is just asking our opponents to boardwipe us. This is why haste is so important! Fervor and Hammer of Purphoros are only played in 16% and 18% of decks, respectively. These staples for giving all of our creatures haste are essential for Rakdos's gameplan!

Let's add a few more honorable mentions that we should include, although we probably only need four or five of these total in our deck. TukTuk Rubblefort, a new card from Zendikar Rising, and Frenzied Saddlebrute, a new card from Commander Legends, each give our whole team haste. Urabrask the Hidden and Anger are also great creature options to give haste. Once Rakdos is online and discounting our creatures, we can drop these out for very cheap and give our team surprise haste (except Anger). Finally, Crashing Drawbridge is a phenomenal card from Throne of Eldraine, but note that it does need to be out the turn before we go ham with Rakdos.

This recommendation comes from Midgey, another friend in my playgroup with a Rakdos deck (yes, I recruited consultants to help me bring you the best challenges!). Insult/Injury is a fantastic damage-doubler, and the Aftermath side helps us keep going and deal more damage. We can activate those back-to-back for eight damage split between a creature and a player. This can help fuel our creature discount or help us close out the game, and I'm all about that flexibility.

We don't care about Knights, and might not even have any, so let's pretend that that last line of text doesn't even exist. This is another variant of Lobber Crew, Spear Spewer, Nettle Drone, and Thermo-Alchemist which are all played in more than 50% of Rakdos decks. The Trebuchet trades in an occasional untap for reach, which isn't a bad deal, especially now that Monarch will be more prevalent.

Also, we get to put a trebuchet in our deck, which is the superior medieval siege weapon. 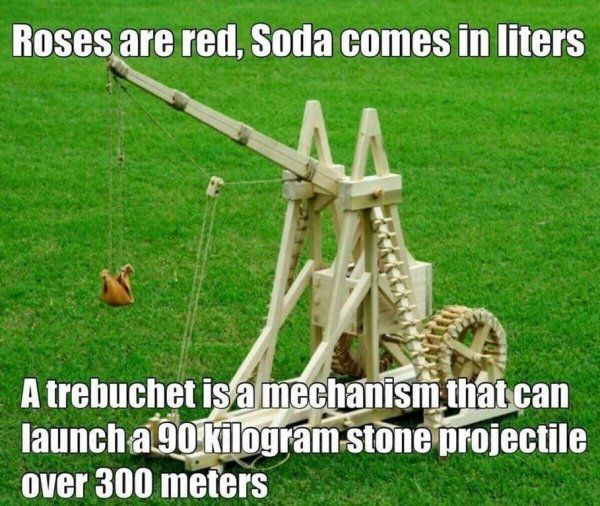 Just like haste helps us against board wipes, a threat of retaliation can help, too. Syr Konrad will deal quite a bit of damage if someone clears our creatures, and he can also use his activated ability to trigger Rakdos's discount.

Similiarly, Judith, the Scourge Diva can shoot some damage out when our creatures die, or she can attack and ensure that an opponent loses life whether or not she lives through combat. Her static buff is also great for our aggressive strategy.

One final mention (and it's not a front-runner because I talk about Regeneration too much), Wail of the Nim can help protect our board or deal out damage to each opponent to fuel our creatures.

Just like Insult/Injury, Price of Progress can help us be an enabler or a finisher. In a long game, our opponents might have enough non-basic lands to finish them off, but, if not, it will still certainly do enough damage around the table to give us a big discount on our creatures.

Nate / @misterplorg - Geode Golem (3%) is a great way to get Rakdos out if he's been targeted or if we've had a bit of a slow start.

Joseph - War Elemental (0%) will get really big as we throw damage around!

Doug / @dougynerd - Plague Spitter (30%) and Thrashing Wumpus (0%). These Pestilence effects are fantastic ways to stir up a riot!

Joseph and Doug tied for sleepiest sleeper, with War Elemental and Thrashing Wumpus only being in 2 Rakdos deck each!

Let's go to a decklist! Credit to Matt for his long favorite Rakdos, Lord of Riots deck.