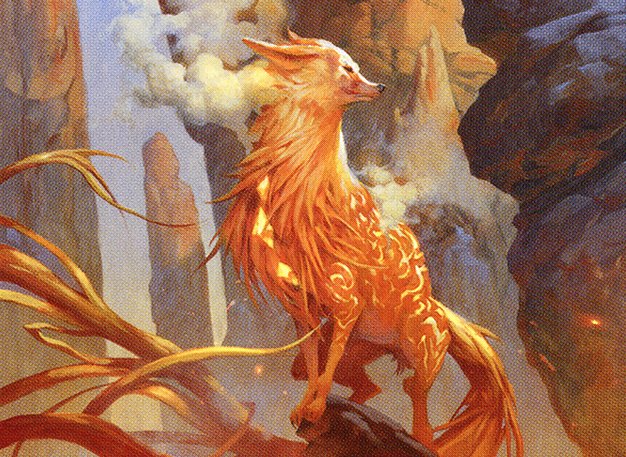 In this article we'll be discussing one of the most intriguing Companions that we've seen: Zirda, the Dawnwaker

Zirda might be one of the hardest Companions to build around effectively, but its ability is quite useful if used in the right shell. However, this raises a question: which shell is the right one?

Much like Obosh, the Preypiercer, Zirda's ability is the kind of ability that many decks could use but don't necessarily invest in. The constant access to a cost-reducer can give decks a very effective utility tool. However, losing value ETB creatures and some permanent-based staples in red and white alone is already a heavy price that we have to pay for Zirda, which pressures us to derive even more value from Zirda since we have to compensate for our losses.

Another challenge facing Zirda is that we need to pay the Companion tax, plus its mana cost, before we get the price reduction, which leads to a strange dynamic if we try to base our deck solely around that cost reduction.

There are two type of decks that appreciate Zirda: one that uses it to enhance its commander's kit, like Golos, Tireless Pilgrim, and ones that use it to enhance an archetype or theme, like Equipment or even Cycling. Right now there aren't that many commanders that can make use of Zirda's kit, but the more commanders that get added to the pool (especially when considering the mono-colored-legends-with-multicolored-activated-abilities trend) the number of viable commanders for Zirda will grow.

The second type of deck that could use Zirda is a bit of a mixed bag, since usually decks that rely on activated abilities also try to cut down on their costs, or outright cheat around them, and even if we consider Rebels/Mercenaries (creatures famous for having such abilities and interactions) we still have this awkward dynamic of needing Zirda in play to get more value out of our creatures.

Let's go through some of Zirda's best options and see what we'd gain and what we'd lose to have this Fox keep us company.

Zacama, Primal Calamity on its own is already a force to be reckoned with. Its untap trigger makes sure that we at least get some value from all of those activated abilities. Getting to play Zacama with Zirda out can be the foundation of a great control shell, and that makes it much easier to stabilize our board state. The most notable losses are mana-multiplier effects, but if we invest more into ramp, this doesn't have to be a deal-breaker.

Artifact-based commanders love their activated abilities. Breya, Etherium Shaper is a great choice for this combination because she's already a good artifact commander with a very inclusive color identity. The big question here is whether or not it's worth it to lose staples, like Myr Retriever and Baleful Strix, and cost reducers, like Foundry Inspector. I don't think it'll be a good transition, but maybe in more dedicated lists the cost reduction can be useful.

All hail the King! Kenrith, the Returned King truly is the best commander to pair with Zirda as a Companion at the moment. On his own, Kenrith provides such a powerful combination of effects that the consistency of having Zirda can just make the deck go over the top that much faster. Kenrith can even reanimate Zirda if it ever gets removed! We do lose some relevant cards, like other activated ability cost-reducers, or even cards like Consecrated Sphinx that combo really well with Kenrith's draw ability. The loss of ETB creatures is also a big deal when we have a commander that can reanimate creatures.

When in Boros, one should do as the Boros Guildmages do. As we saw with the aforementioned commanders, Zirda can be a direct support piece to our commanders. However, it does leave us with a bit of a tempo problem: we need to spend a lot of mana to have both of them on the table.

Equipment, in general, appreciate Zirda's cost reduction, especially when we are constantly equipping them to our creatures. Akiri, Fearless Voyager is the perfect commander for this strategy, as Zirda helps alleviate the main downside of Akiri's activated ability. This combination can help out rebuilding in the mid game when we get some of threats removed and need the extra bump in mana to rebuild fast. In fact, Zirda can even act as a threat on its own.

Speaking of threats, let's chat: this isn't a Voltron deck, so threats are a crucial part of our deck. Equip costs can be quite expensive for an aggressive deck, so to counter this we're playing a very cheap set of creatures to lug these weapons around Haste is great on cheap threats since it allows us to recover even faster after board wipes. Cards like Bomat Courier and Gingerbrute fill this niche quite well. We also have some cheap creatures that can grow later on, which is especially important because it allows us to have a flexible suite of cards that can adapt to whatever we need at the moment: Figure of Destiny, Adorned Pouncer, Earthshaker Khenra, Kargan Dragonlord, Phoenix of Ash, and Resplendent Angel are some examples.

Aside from our commander and some of our Equipment, some cards help get our threats to stay online, which is where our support suite enters. These cards can act as weapon-touters on their own, but their main job is to support our board. Frontline Medic is a pet card of mine that's great in this type of aggressive shell. Giver of Runes and Mother of Runes are two of the best support creatures in the format, and both of them force our opponents to make some tough decisions. Dauntless Bodyguard, Selfless Savior, and Selfless Spirit are indestructible effects on demand, which is pretty crucial when we're running low on mana and can't afford to keep some available for Akiri's ability.

Our Equipment suite is pretty straightforward; we're looking for the most bang for our buck. The Sword of X and Y cycle are still some of the best Equipment out there. Sword of Fire and Ice is an amazing draw tool, especially when our commander is around. Sword of Truth and Justice allows us to grow our creatures quite fast, especially if we can switch it between our creatures. Sword of Light and Shadow helps us keep the gas up and plays really well with our on-demand protection creatures.

Aside from that cycle, we're also packing some powerful Equipment like Embercleave and Maul of the Skyclaves, each of which can auto-Equip on ETB, providing a bit of a tempo boost.

The deck is pretty straightforward, but one thing that isn't as clear is when to commit to casting our Companion. Zirda is an expensive investment, both in terms of mana and tempo, so it's crucial for us to get the most out of it. Usually, Akiri is a safer early play, especially if we already have some Equipment out. Otherwise, playing other cards from our hand or even paying for the Companion tax might be a better choice than to expose Akiri. Zirda is better as a way to recover from removal: we can play it by the mid/late part of the mid game, giving us a small explosion of mana that can be used to gain back some tempo. Trying to play Zirda too early is a bit risky and the loss in tempo is felt throughout the game.

Zirda is truly a challenge! It took me about four failed attempts to build a deck for this article, and they all felt very different from each other. I've tried Rebels, with and without Mercenaries, and when it landed it was good, but losing Lin Sivvi, Defiant Hero as a commander really hurts the deck, and it takes way too long to establish a board presence. Another try was using Zirda to cover the costs for Akim, the Soaring Wind and use it to alpha strike our opponents more easily; however, we lose a lot of good anthem effects, which makes Akim underpowered. There was even an attempt to build a Cycling list, but I doubt Cycling is worth Zirda's investment just because of the nature of the archetype and its other support pieces.

Unlike most Companions, Zirda is not an easy inclusion, so to make it worth its Companion slot, we need some extra work. Zirda has two main obstacles: the Companion tax rule, which hinders it more than the other Companions, and the need to find a dedicated shell. While this might seem like a bit of a drawback, I do believe that Zirda is one of the most fun Companions to build around. It's one of those cards that grabs your attention and makes you want to find a home for it.

That’s it for this Collected Company! What do you think about this article? What are your thoughts on Zirda, the Dawnwaker Which Companion do you want to see covered next? Share your opinions in the comments.