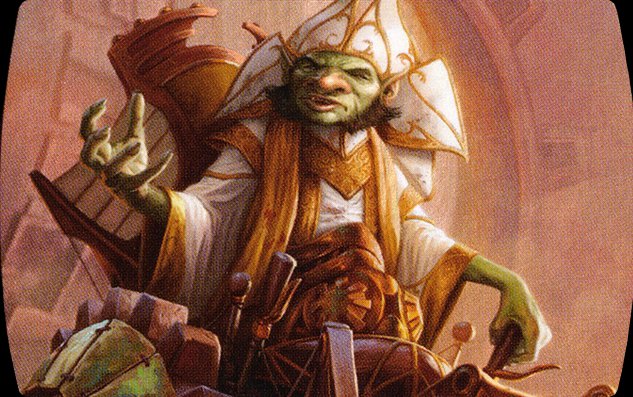 Did you know that EDHREC has an EDH Wiki? Go check it out, if you haven’t already; it’s written by the community for the community, and there’s a lot of cool stuff in there! Deep Analysis is series where we learn about an archetype using its Wiki page, then apply this new knowledge to build a deck.

Our second entry in the series will focus on Artifacts. According to the Wiki:

Artifact decks, as their name implies, assemble a large number of artifact cards to achieve victory over their enemies. These decks use cards that reduce the cost of artifacts, put them onto the battlefield for free, make them indestructible, and may even take advantage of intricate synergies between artifacts to achieve an infinite combo.

This is a good starting point; artifacts as an archetype is very flexible, since we aren’t as restrained by colors as other archetypes are. This makes our choice of color identity based mostly on what it offers to support our gameplan. In a similar vein, another fun thing about the archetype is that it’s highly customizable: two decks with the same commander can have completely different lists.

Blue is the color with the most support for artifacts. It has almost everything: the best tutor suite, the best support, and it even has some of the best payoff cards.

Red is also a powerful artifact color. Its explosive potential is impressive, and it has many artifact-centric commanders to choose from.

It’s interesting that, even though white and black aren’t particularly artifact-focused, the Esper shard is entirely devoted to the archetype; despite the disconnect, there are a lot of amazing artifact cards in these colors. Additionally, there are some real powerhouse Esper artifact commanders.

Commanders From Other Color Identities

With so many choices, it feels like there is no wrong answer when building around artifacts; I can choose how I want to shape a deck before adding a single card to the list. Daretti is one of my favorite artifact commanders because of how simple his kit is and how much room for customization he has. He can be a casual battlecruiser commander, but can also be a mean Stax commander. His midrange-y recursion playstyle almost feels like it’s out of place in mono-red, yet at the same time, it’s got all the classic explosive play of traditional red decks too!

Artifacts, generally, only have generic mana costs, which makes cost-reducers like Foundry Inspector that much more efficient. Our deck only includes a few of these, as we can run out of steam pretty quickly with our lack of real card advantage.

Recursion is our main way of getting ahead in the game. One would think that Daretti already helps us with this role; however, having more of this effect can increase our grind potential, take some pressure off our commander, or even allow us to plus Daretti more consistently.

We have two main ways to fuel our graveyard: discard, which is a great way to set up future baddies for a follow-up reanimation, and sacrifice effects, which provide us with lots of flexibility. The sacrifice effects aren’t as explosive as their discard counterpart, but they’re great for gaining incremental value from most of our enters-or-leaves-the-battlefield-oriented cards.

Getting on-theme removal is especially useful for archetypes centered around a permanent type. The less we’re reliant on off-theme cards, the less we are likely to whiff on an artifact later on.

With so many effects that switch artifacts between the battlefield and graveyard, we need a few good targets to let us get even more value. Most of our expensive ETB creatures are also good fodder; however, unless we have multiple reanimation spells at hand, these are safer targets to sacrifice.

Our deck wants to be cheating big things into play. Regardless of their role, a six-mana card played for free on turn three will be impactful. I mostly divide them into two categories: Win Conditions and Value.

Now let’s go check what we should be looking out for when playing with an artifact deck.

Several colors have access to forms of Mass Removal that destroy all artifacts, such as the cards Bane of Progress, Vandalblast, or Aura Shards. A well-timed removal spell will do away with an artifact deck’s entire board state, which also usually includes their mana rocks, making it difficult for them to accumulate enough resources to reestablish their strategy.

Artifact decks are, by necessity, quite complicated, particularly when it comes to their infinite combo potential. Extracting the highest level of value or benefit from artifacts often involves multiple intricate, interlocking pieces, and excessive attention to minute details. While these interactions can ultimately be very powerful, they can also be unfriendly to players who are brand new to the archetype.

Artifacts are a vulnerable permanent type, which is a consideration that we need to take into account when compiling an artifact decklist. That being said, we are a bit safer against one-shot effects than other artifact decks because we have Daretti to accelerate us. Additionally, Darksteel Forge can eventually make us safer against common artifact removal.

Artifacts, as an archetype, is very diverse: from the most cutthroat Storm-like lists to the more casual Battlecruiser decks, there’s a flavor for everyone. This means that there are a lot of options to choose from. Infinite combos are a big part of high-powered artifact decklists, and some of those combos can be quite intricate. It’s easy to go overboard and get a deck that can be unfun for the rest of the table, so we should always look out for this when playing.

If you’re interested in artifact decks, but this “Goodstuff” type of deck isn’t your thing (or you want to try other colors), here are some possible subthemes to play around with your artifact list:

I’ll wrap up with a quick list of important cards to highlight for Daretti specifically, both on the artifact front and on the mono-colored front. A single archetype is a very broad category, but the unique aspects of your commander, from color to power to mana cost, can bring an important twist into that deckbuilding process. Always keep an eye out for the ways those identities can overlap. These are some highlights I think you should watch out for.

And that’s it for this article. Now I want to hear from you! Share your thoughts on this list or on artifact-based decks in general. What archetype do you want to see covered next?