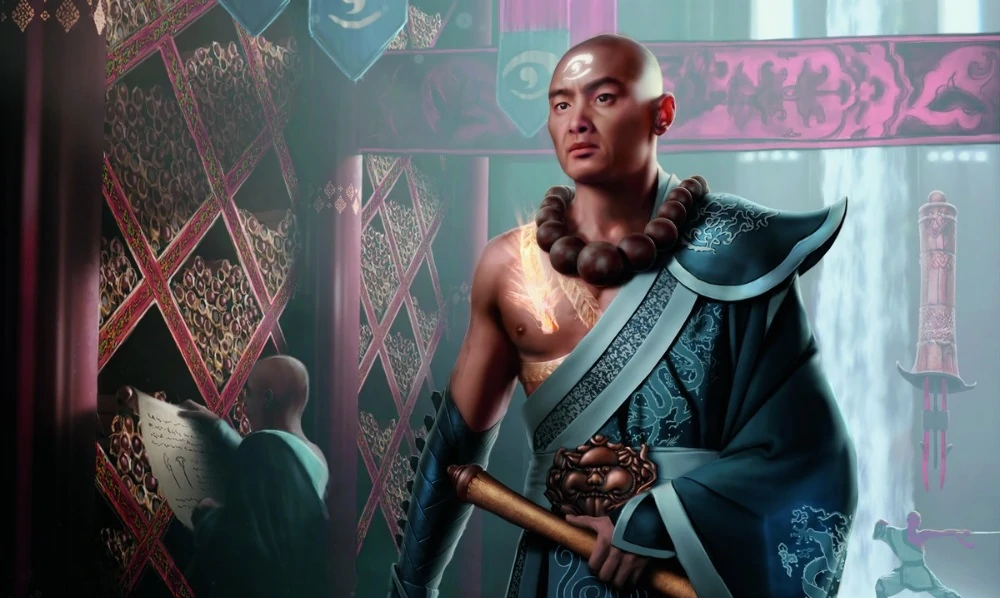 Let's take a look at Shu Yun, the Silent Tempest.

Shu Yun is a powerful Voltron commander, being cheap and providing one of the fastest commander damage threats out there. The biggest thing Shu Yun has going for himself is his ability to passively grow without the need for outside assistance. This allows its controller to be able to play a "normal" game and still have access to that powerful threat, and it opens up a lot of space for noncreature-spell-based strategies, which we can fully integrate with a Voltron threat without any real effort. Extra turns, artifacts matter or 'eggs' cards, and even mill effects can all be merged together to create a whole new angle, if we're building it right.

Polymorph, as an archetype, is a bit funny. At a deckbuilding level it can be quite diverse, giving us plenty of options for both targets and general strategies to theorycraft. Gameplay-wise, however, it can get a bit repetitive, leading to many games feeling 'samey'.

This doesn't have to be a bad thing, though; knowing our exact target(s) off of a Polymorph may be the same in each game, but the things our deck does around that target can be all types of spicy. For instance, Bruna, Light of Alabaster is an interesting Polymorph target! Her ability is quite impressive, especially with access to more colors, and it also plays well with one of red's best tools: looting/rummaging. Since Bruna cheats from both graveyard and hand, it's very convenient to just bin excess Auras and turn them into new cards, which can be more Auras!

Both red and blue offer plenty of efficient choices for Polymorph effects, which is good, because we need a few of them to be consistent enough for the deckbuilding costs (namely, that we won't be playing any creatures in the 99 aside from Bruna).

Polymorph and Transmogrify are the baseline for this type of effect and they work pretty similarly, aside from a few corner cases. Divergent Transformations isn't as reliable as the former two, since it requires two targets, but the fact that it's an instant and that it's cheaper than other alternatives makes it worthy. Reality Scramble has built-in recursion and can be used in the late game to fish for more Auras. Lukka, Coppercoat Outcast is a bit on the expensive side, but as I said before, we need the numbers. Plus, it does have the benefit of potentially getting a second activation (although that's kind of a long shot).

With the setup discussed, let's talk about the payoffs: our Auras! This is where the deck gets smart. While it's not very usual to see an Aura-based Shu Yun deck, they are still a very effective way of buffing and triggering Prowess for our commander. It's also worth noting that we can attach our Auras to Shun Yun without any fear, because once we Polymorph, they'll all go right to Bruna, even from the graveyard. Thus, we can threaten our opponents with commander damage, while sumltaneously setting up for a big Bruna haymaker.

All That Glitters, Auramancer's Guise, Ethereal Armor, Mantle of the Ancients, and Sage's Reverie are super-powerful Auras that are also very cheap to play, which works great with Shu Yun. Battle Mastery, Corrupted Conscience, Octopus Umbra, and Eldrazi Conscription are our haymaker Aura suite. We also have a few Auras that draw cards when they enter the battlefield, like Angelic Gift, Cartouche of Knowledge, Rousing Read, and Rune of Speed. These cards are a good way to dig while keeping up the tempo, and when we get Bruna online, they grant us even more card advantage.

Haste enablers are extremely important for our strategy, because we can only attach stuff to Bruna when she attacks. One would think the necessary step here is to add in Auras that grant haste, but they're actually not very helpful, especially since we need mana to Polymorph Bruna into play in the first place.

Instead, these Auras are better-suited to make our commander more threatening: Dragon Breath can be discarded while we're setting up, and it comes out for free; the boot duo of Lightning Greaves and Swiftfoot Boots are always relevant here, and it's especially nice that Bruna doesn't care about shroud; and Mass Hysteria and Need for Speed are both cheap enough that they're not a heavy burden on our curve. Cheap haste enablers are the difference between getting value from our commander, and not getting any value at all.

Looting effects are very effective at renewing our hand; we can keep non-Auras in our hand and comfortably bin the Auras, knowing that Bruna can get them back later. Cathartic Pyre and Izzet Charm are effective flexible card draw that, in a pinch, can also be used for control. The ability to Flashback both Faithless Looting and Faithful Mending is really valuable for a deck that tends to have a bit of downtime when things don't go our way.

The final pieces of this list are our recursion tools, which are a key part for our deck to be more reliable. Although we won't be able to slot as many as we'd like, they're still an important component of our strategy. Reanimation spells are a much-needed backup for when we lose Bruna, and indeed, getting Bruna back tends to be more reliable way than using Shu Yun. Barring that, Retether and Mantle of the Ancients allow for another plan B.

Our opening hands are a bit flexible because we have two main gameplans. We can prioritize different cards depending on how we want to play things out. For example, dig-heavy hands are a bit of a gamble; sometimes the tempo we lose from exclusively digging in the first few turns can make our whole strategy a bit too slow. Meanwhile, Aura-heavy hands are great for early aggression with our commander and can very easily pivot into the Polymorph plan. There are also the Polymorph rush hands, where we try to get Bruna into play ASAP.

In the early game, we're mostly using the first couple of turns to set up, either by playing cards like Lightning Greaves, playing mana rocks, or simply by digging through our library with lots of looting effects. Playing our commander makes us a bit vulnerable to removal, so sometimes it's better to wait a turn to get more mana before committing Shu Yun to the board.

The mid-game is where we're the most threatening. While we have our commander out, we're simply a double threat, and this kind of pressure can get deep into our opponents' fears. When we finally pull the trigger with a Polymorph effect, one of the main things to consider is whether or not it's risky to do so without having haste enablers. Without them, it's a bit of a coin flip, especially against removal-heavy decks. Getting an attack off with Bruna is crucial for our success because it's when we start getting the snowball rolling with both power and protection.

The late-game can be unkind to us. Bruna could get removed, and our commander could get too expensive to cast. If we reach that point, it's best to duck for a bit and try to sculpt a hand of powerful and cheap Auras/interaction, while accruing the mana to cast our commander and buff/protect him.

A Polymorph deck has tons of potential future paths if you'd like to change up this deck's formula! For example, you can change the deck's entire Polymorph target. Fishing for a Velomachus Lorehold and/or Narset, Enlightened Master would completely change our archetype, turning into a more extra turns/combat step shell. These cards are still very good with our commander, but they are a bit expensive, and some people might not appreciate playing against it.

Changing commanders might be a fun thing to try, too. With Partner commanders, you could separate the secondary win condition from the Polymorph fodder. Rograkh, Son of Rohgahh is a great card to reshape, and Ishai, Ojutai Dragonspeaker can act pretty similarly to Shu Yun! The list is pretty tight as it is, but I'd also be down to try adding planeswalkers to the mix, since they can give us a proper independent game plan with actual late-game power. With this strategy, the world it your oyster.