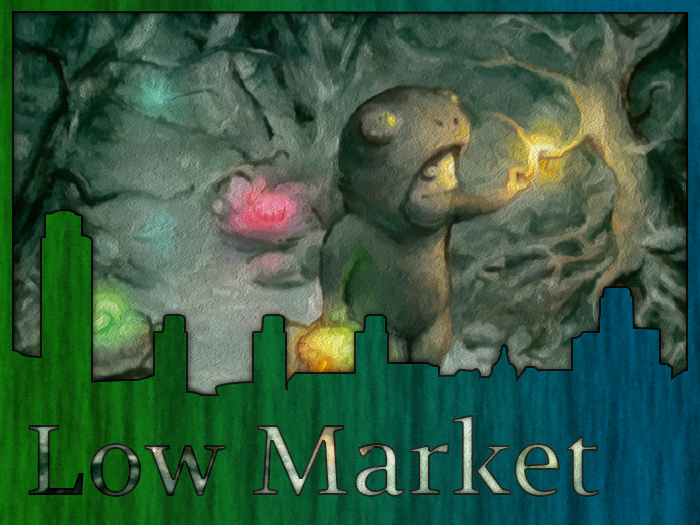 Buy One Get One Free

Today on Low Market we stray slightly from the path of pure-blooded Commander. I love Commander in all – well, most – of its expressions, and I am nothing if not equitable. Today, we turn our budget deckbuilding eye to Pauper Commander!

The Princess and the Pauper

Those who make their home on Magic Online are likely familiar with the constructed format known as Pauper, where decks are restricted to cards that have been printed at common. Pauper Commander, unsurprisingly, applies this concept to EDH: take an uncommon creature as your commander, then build a deck of 99 commons. Therefore it follows that I would highlight Pauper Commander (herein shortened to "PDH") in a budget deck series: with little exception, they are cheap as dirt to construct. My PDH decks are valued between $15.00 and $30.00 going by the market price of the cards, but in reality, they cost me pennies to make, since I can raid commons from my collection, my friends' collections, or my local game store.

Before we proceed to all of the wonderful deckbuilding, a few notes about PDH mechanics: while there is no central authority to dictate rules and banlists, life totals are often set to 30 or 35, with lethal commander damage at 15 or 18. If you and your friends find commanders or cards to be unfun, I highly suggest discussing bans within your local meta game as I've done. Finally, PDH is best played as a 1v1 format, since multiplayer often turns grindy and boardstatey.

Enough of the dry stuff! We have two, count 'em, two decks for you today. First up, my pet commander, Gilder Bairn!

It's Gilder Bairn, a.k.a. Vorel of the Hull Clade's awkward (but adorable!) little sibling. We're doubling counters on all kinds of permanents, and finding methods of tapping Gilder Bairn in order to use its ability. This can involve attacking, but more often we'll grant Gilder Bairn a tap ability or tap it as part of a cost. Presence of Gond and Viridian Longbow each provide powerful tap abilities. Springleaf Drum, Holdout Settlement, and Loam Dryad all do precisely the same thing – generating colored mana by tapping a creature – and are all equally playable in this deck.

This deck most often takes a midrange 'go-tall' approach to victory: double the counters on Battering Krasis enough times and you'll kill whatever you hit. Token producers that rely on counters, like Thallid and friends, provide options for going wide, and make our win conditions less susceptible to targeted removal. (With so few boardwipes in PDH, a token swarn can be very hard to deal with.)

To my knowledge, there is at least one infinite combo possible with Gilder Bairn, which I like having around for when one arbitrarily-large creature doesn't quite cut it. All we need is our commander, a tap ability on it, Pentad Prism, and time. Once we have seven or more counters on the Prism, we remove three charge counters, tap Gilder Bairn with whatever ability we gave it, untap it to double the counters on Pentad Prism, and repeat. This always results in infinite mana and any number of counters on any permanent, with other possibilities depending upon the tap abilities we have access to. Viridian Longbow, for example, will end the game with infinite damage.

I've always wanted to say that in this column. Our Gilder Bairn deck checks out at a clean $30.00, but this woldn't be a Pauper Commander Double Feature without double the deck! Moving right along, it's mono-white sacrifice, uh, self-mill, erm, Eldrazi tribal tokens, with Extricator of Sin / Extricator of Flesh? Yes, You Heard Me Right

Mono-white sacrifice self-mill Eldrazi tribal tokens. Extricator of Flesh né Sin demonstrates another reason why I love Pauper Commander: there are so many uncommons with strategies that are both a.) interesting, and b.) nonexistent on the legendary creatures we use in Commander. Extricator asks a lot out of our deck, including things such as:

There are regrettably (but understandably) few cards that can self-mill in mono-white: Ghoulcaller's Bell, Shard of Broken Glass, and Shriekhorn. I don't see this as too great a loss since we will get much more mileage out of sacrificing permanents, whether it's as a cost for a spell (e.g. Angelic Purge) or to a permanent's own activation (e.g. Dispeller's Capsule).

Artifact and enchantment creatures live at a useful intersection, as they can be sacrificed to either side's ability, and when in your graveyard, they count as two card types towards Delirium. My personal favorites include Runed Servitor, Myr Sire, and Hopeful Eidolon. Some token producers like Icatian Crier and Cenn's Enlistment pull a different kind of double-duty, by producing tokens to sacrifice to Extricator of Flesh, in a manner that helps Extricator of Sin to transform.

Last but most certainly not least, I want to include a selection of big ole Eldrazi creatures. Cards like Ulamog's Crusher and Ruin Processor are among the largest creatures available to us in Pauper Commander; giving them vigilance is icing on the cake.

Checking Out - Extricator of Sin

No Skin Off My Back

And just like that, Extricator of Sin (and occasionally Flesh) checks out for $25.00 by TCG Mid pricing, with the potential to go even lower with cuts of Ancient Den or Ash Barrens. All told, both of today's decks could be constructed for $50.00 to $60.00 at most, but are likely to cost you far less. If you're jonesing to play Pauper Commander, try giving these or other decks a shot! Should you wish to discuss PDH decks or metagames with me, send me some characters on Twitter, drop an Ask on Tumblr, hit me up on high-speed snail mail (a.k.a. email), or come by the Pauper EDH subreddit. Until next we meet, enjoy your time browsing the Low Market.