Pieces of the Puzzle - Party Time 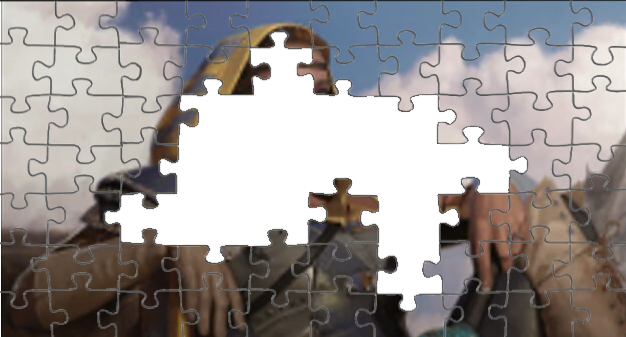 I Made A Mistake

Pieces of the Puzzle time! I’m your host, Goldshot, a Head Editor on the Commander Spellbook project. Pieces of the Puzzle is an article series attempting to look into combo decks, both in how they function, and how they are made. My overarching goal with this series is to look at each new set and showcase a bit of what they do for combo players or interested individuals. In my quest to vary the opening of every article, I’m going to do something I haven’t done before. Rather than cover a commander, a different commander, or a single card, I’m going to try to cover a deck.

Now, I already hear you saying, “Don’t you do that at the end already?” Well, yes, but this time I’m going to look at the Party Time Commander preconstructed deck and make it into a combo deck.

Party Time is the new Party Commander deck. Party is like a weird take on tribal. Rather than having one tribe, the deck wants to constantly juggle four different creature types: Clerics, Rogues, Warriors, and Wizards. The deck features a face commander and secondary commander in the form of Nalia de'Arnise and the legend/Background combo of Burakos, Party Leader/Folk Hero, respectively.

Both commanders encourage more aggressive strategies, following in line with Party’s strange brand of tribal. Nalia rewards us by making our entire board harder to block with deathtouch, leading to more attacking, while Burakos needs to attack to trigger. Both commanders also have stapled-on value, with Nalia acting as a Party version of Future Sight, while Burakos giving us one card a turn if we cast Party creatures.

Normally, I tend to point out the cards I think are perfect for combos, but this time, I wanted to take a stab at taking a deck and making it into something a bit more combo-tastic. I saw Nalia and the gears immediately started spinning. You see, a card like Mortuary can put our dead creatures to the top of your library, and this means that if we sacrifice Party creatures, Nalia can allow us to cast them again.

Keeping in line with the precon, I wanted to give some of that classic party feel by playing only creatures that could Party. With the aristocrats idea of Mortuary, and the Party Time deck’s usage of cards like Grim Haruspex, Bloodsoaked Champion, and Zulaport Cutthroat, I assumed this would be a walk in the park. Not only do we have some classic aristocrats pieces and a commander who can get us access to a lot of cards, but we're also in Orzhov colors, probably the most famous color pairing for aristocrats. Orzhov has many famous aristocrats commanders, like Lurrus of the Dream-Den, Teysa Karlov, and Athreos, God of Passage, to name a few. There's absolutely no way this idea could go wrong, right?

Building Out Our Combos

What I've always enjoyed about aristocrats combos is something I've always hated about Retreat to Coralhelm combos: variants. From the core of our combo of Nalia and Mortuary, we need a few extra things. First, we need mana to cast that creature. Then, we need to be able to sacrifice that creature to put it on top of our library. Normally, to make this mana, someone would reach for the Pitiless Plunderer, Sifter of Skulls, and Pawn of Ulamog on their desk. For us, though, we need to remember we made a massive mistake, and reach instead for the creatures with Party types.

Why is that a mistake? Simple: because we have none of those effects on creatures.

Luckily, we can cheat! Using the power of enchantments, we can keep true to partying and still make mana! Cards like Carnival of Souls, or its new version, Life Insurance, we can make mana to fuel our combos. Ashnod's Altar can be both a sacrifice outlet and a mana source, while we can get really silly using a card like Bolas's Citadel as mana. We can also use Bolas's Citadel both as a backup for Nalia and as a source of "mana" (more on that later).

As for sacrifice outlets, we get options in the form of cards like Viscera Seer. Viscera Seer is one mana, allows us to scry to filter the top of our library for Nalia, and is a Wizard for our Party. Unfortunately, that's about our only good sacrifice outlet. Vampire Aristocrat is a Rogue that can sacrifice our creatures, but from there, we need enchantments like Fanatical Devotion and Fallen Ideal to pick up our slack. The land base from the original deck even gives us a Starlit Sanctum to help out!

With these cards established, we can now run loops such as sacrificing Universal Automaton to Ashnod's Altar, having Mortuary put it to the top of our library, and using Nalia to cast Universal Automaton again. Mana sources such as Bolas's Citadel, Carnival of Souls, and Life Insurance all whittle away at our life total, causing us to need to find some extra sources of lifegain.

Normally, Aristocrat decks would use Blood Artist, Cruel Celebrant, and Zulaport Cutthroat (featured in the precon!) but I made the galaxy brain move of only playing Party creatures, so we'll need to build our own using sources of life gain, such as the pairing of Soul Warden and Soul's Attendant with effects like Vito, Thorn of the Dusk Rose and Marauding Blight-Priest to gain back some of that missing life while also damaging opponents.

Your Mileage May Vary

Returning to the point about variants, here's a phrase that strikes fear into the heart of all Commander Spellbook editors: we have a lot of variants. For example, if we decided that rather than using Ashnod's Altar, we'd use one of our colored mana-makers like Life Insurance, then any one-mana creature can be looped. If we use Benevolent Bodyguard, we don't even need a sacrifice outlet! If we use both Ashnod's Altar and Life Insurance in tandem, we can even use creatures costing as much as three mana. We could even avoid Mortuary altogether, opting for Haunted Crossroads along with an extra source of colored mana.

These combos can vary so much, in fact, that we don't even need Nalia all the time. Bolas's Citadel can replace her, and Bolas's Citadel can be swapped out for a copy of Bloodsoaked Champion or Reassembling Skeleton, going through the graveyard, rather than the top of our library. This all compounds in a deck where the combo victory could be a multitude of different cards away. You could be reaching for one combo when you suddenly realize that you could use the Enduring Renewal along with those other cards you were preparing for a Nalia-based combo.

While looking through the rest of the precon to find what else could be good combo material, I remembered a combo that was infamous on the site for a good while: Alta Palani with Mirror Entity. This combo used to be like a mini version of the variant block of Retreat to Coralhelm combos. (Nowadays, due to the hard work of Head Editor Gordon, those hundreds of combos have been compressed into a few easy-to-view combos that don't take up as much space.)

These combos do something very interesting, though. They use Mirror Entity as a sacrifice outlet and as a copy of Maskwood Nexus at the same time. Maskwood Nexus ultimately came out of the deck in my version for blanking cards like Icewind Stalwart and Glorious Protector, but with Mirror Entity, we can control when the cards interact. From there, we can use cards like Xathrid Necromancer and Rotlung Reanimator to take advantage of Mirror Entity's Maskwood Nexus-ness. We have all the pieces of the puzzle except one: we need to give a toughness boost. Luckily, we can take advantage of that extra line of text on Nalia (yeah, we're coming full circle!) to give the toughness boost. From there we need to only kill one of our creatures to get the combo running.

To finish off the deck, we just take advantage of what the precon put in place for us with excellent cards like Deep Gnome Terramancer, Black Market Connections, and Skullclamp. The deck also ran some board wipes for us already, so I decided to fill the extra space with some top deck matters cards to support Nalia.