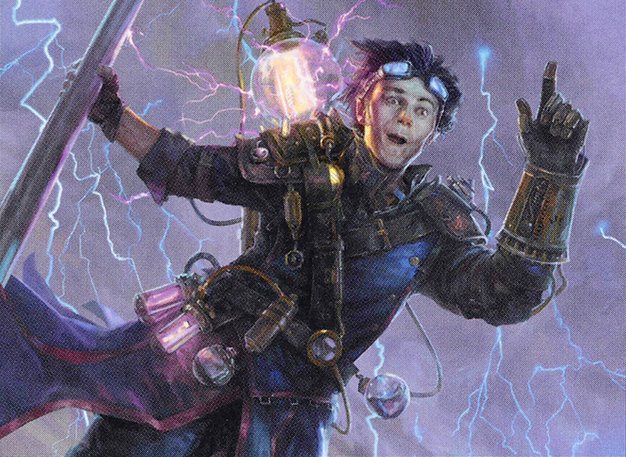 In any given body of text - the works of Shakespeare, the Federalist Papers, the text of Magic cards1 - there is an empirical regularity, called Zipf's law, that governs the distribution of word frequencies. Specifically, the frequency of any word is inversely proportional to its rank in the frequency table. This implies that there is essentially always a many-way tie amongst the least-frequent words in the corpus, all of which appear exactly once. These are the hapax legomena.

I'd like to propose a new format (or maybe it's several subformats, or maybe it's just a deckbuilding restriction) called Hapax Magic. In a Hapax format you can only play cards that have been printed once (in paper; I don't really count promos or digital).

Hapax subformats aren't really eternal like Commander; nor are they rotating, like Standard. It's more like an ephemeral format. Cards enter when they debut, and drop out of the pool when they get reprinted. I'll call it a subformat, because the Hapax restriction could really apply to lots of formats: Hapax-only Modern Constructed, a Hapax Cube2, and of course, Hapax Commander.

Only One May Stand

Building a Commander deck with the Hapax restriction means that, on top of the other deck restrictions Commander imposes (one or two Legendary cards designated as Commander, 100 cards total, singleton...), you can only include cards that have been printed once! (Basic Lands, as usual, are exempt from this rule.) This means no Sol Ring, no Command Tower, no Lightning Greaves, Swiftfoot Boots, or Evolving Wilds, etc. Instead of Harrow, try Roiling Regrowth; instead of Birthing Pod, you'll have to run blue for Prime Speaker Vannifar, etc.

This restriction has (at least) three effects, most of which I see as positive ways to deviate from the usual:

Thanks to the wonder of Scryfall, building a Hapax deck is almost as easy as building an unrestricted Commander deck. Just add papersets=1 to all of your search queries. For example:

It's not quite as easy to identify the most popular commanders that are themselves Hapaxes. This search for singly-printed cards that are legal commanders does find them, but "EDHREC Rank" sorts by count in the 99. Fortunately, I have a list for you!

The counts in this table counts are a little out-of-date, but I suspect the order for this Top 47 is still approximately correct. At any rate, this Scryfall query will give you the 528 legal Hapax commanders, which you can just page through yourself.

There are also a number of commanders that lend themselves readily to being built under Hapax rules. This table lists the commanders who, across all of their decks on EDHREC, run the largest proportion of Hapaxes in their 99, plus the 10 most prevalent Hapax cards for each. In theory, these commanders should be fairly easy to build out into fully-Hapax-compliant decks!

Many of these are either tribally-focused or designed around relatively parasitic mechanics. However, it's possible to build almost any commander as a Hapax-in-the-99. If you wanted to play a game with this restriction, you could discuss beforehand whether Hapax should apply to every card in the deck, or just the 99. To show you it's possible, here are the most-prevalent Hapax cards for three very different commanders:

I don't think you could take those lists, add basic lands, shuffle up, and play - that Atraxa list, in particular, has a lot of competing themes - but I do think these skeletons give a good sense of what the Hapax restriction can do: force you out of your comfort zone, and into a funkier, powered-down game. That Elves deck looks like it would be fun to play, with lots of synergy, but it doesn't look like it would completely run everyone over. The Hapax Commander format isn't about having the most powerful cards, but rather, having the cleverest compromises.

Let me hear them! I am really enamored of this Hapax idea. I think I'm going to build that Lathril deck, and I really am working on a Hapax cube! Am I the only one? If you build a Hapax-restricted deck, and/or if your playgroup has a Hapax night, please let me know! As always, if you aren’t already, please follow me on Twitter.