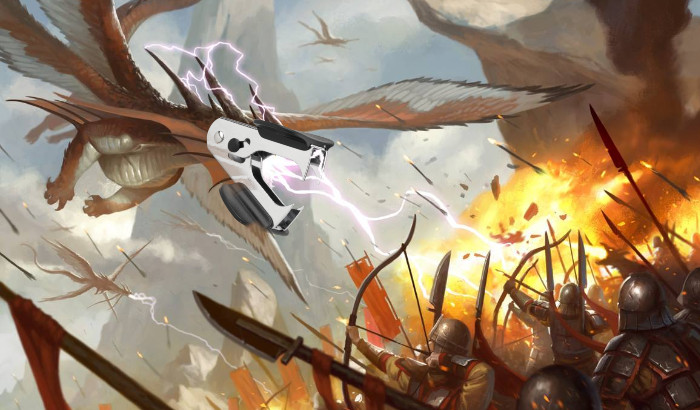 A lone traveler approaches a chasm and peers into the darkness below. It seems as though the land itself had split in two, revealing a gateway into a dark world below, dominated by flame and the angry roars of dragons. The fissure continues on for miles, its size comparable to the mountains surrounding it.

The wanderer knows this place by its ancient name: the Scour. They'd heard whispers about it, from the victims of its inhabitants, those who would dare not speak of those lost to them. The wanderer trudges alongside The Scour, towards the mountains, happening upon the site where the lost warriors had fought and defied the draconian forces until their last breath. Stepping into the hastily-constructed outpost, the wanderer finds arrows littering the ground and banners still flowing in the wind, singed and torn. They leave footprints in the soot as they continue deeper into the camp.

Towards the mountainside, the wanderer finds small buildings, little more than sets of walls, strewn about with tablets and scrolls, maps and battle strategies. Whatever knowledge could've been gleaned from them wasn't enough to push back against the onslaught of the dragons - if only they had explored the mountains, and found the legendary tomes of the Jeskai, or perhaps studied the stories of foreign warriors, they may have stood a chance.

It's often said that the two most integral pieces in every single Commander deck are card advantage and mana ramp. This is because you need to have access to cards in order to use them, and you need enough mana to cast them. Since blue is the best color at drawing cards, the other colors have to find some more creative ways to generate card advantage: red, for instance, has more recently been given "impulse draw" to achieve this.

Impulse draw is the term we use for an effect that gives the controller access to more cards (usually by putting them in exile) and allows them to play those cards, but only for a short period of time. The default example of impulse draw that many point to is Outpost Siege.

For four mana, Outpost Siege will exile one card off the top of your library at the beginning of your upkeep, allowing you to play that card until the end of the turn. This makes it comparable to the famed Phyrexian Arena, a card already given the Staple Remover treatment not long ago. This by itself is pretty slow for most, but it has additional functionality that many players miss: the Dragons mode on Outpost Siege allows you to deal damage to any target whenever a creature you control leaves the battlefield, making it a very versatile card in Aristocrats-style decks.

But for decks that don't need to make use of both modes on Outpost Siege, there are a number of alternatives that simply pull more weight by either generating more card advantage or by providing extra utility. If these things interest you, then it's probably worth including the following cards in a couple of your decks.

In order to set our decks apart from others and make them perform a bit more optimally, we're looking for alternatives to our staple card, Outpost Siege, that will perform the same role better in some decks and situations. In short, we need some paperclips.

There are a lot of easy one-to-one comparisons with Outpost Siege, especially as impulse draw gets more and more common. One very similar but often superior version of it is Tectonic Giant. Although this four-mana permanent is a little bit more fragile than our Staple, it certainly is just as capable: upon attacking, it gives you a much stronger version of Outpost Siege's Khans effect, allowing you access to twice as many cards for a longer period of time. If you're in a deck that likes extra combats, then Tectonic Giant's advantage only compounds. It's a bit of a higher risk, but the reward is phenomenal.

Our next contender, Syr Carah, the Bold, fills that same utility from the command zone. For one extra mana, you get a creature that impulse draws off of every burn spell you cast, a sort of pseudo-cantrip that we've seen work incredibly well in decks such as Jhoira, Weatherlight Captain. If you need a demonstration of the power of this effect, I suggest you check out the Tolarian Community College's deck tech on Syr Carah, the Bold for some extra insight.

Particularly boisterous commanders like Moraug, Fury of Akoum can have the tales of their exploits recorded with the Tome of Legends, allowing you to read them and generate a sizeable advantage at a pretty cheap cost compared to the alternatives. You can even use it recount the tales of Sir Norin, the Wary and how he bravely ran away! 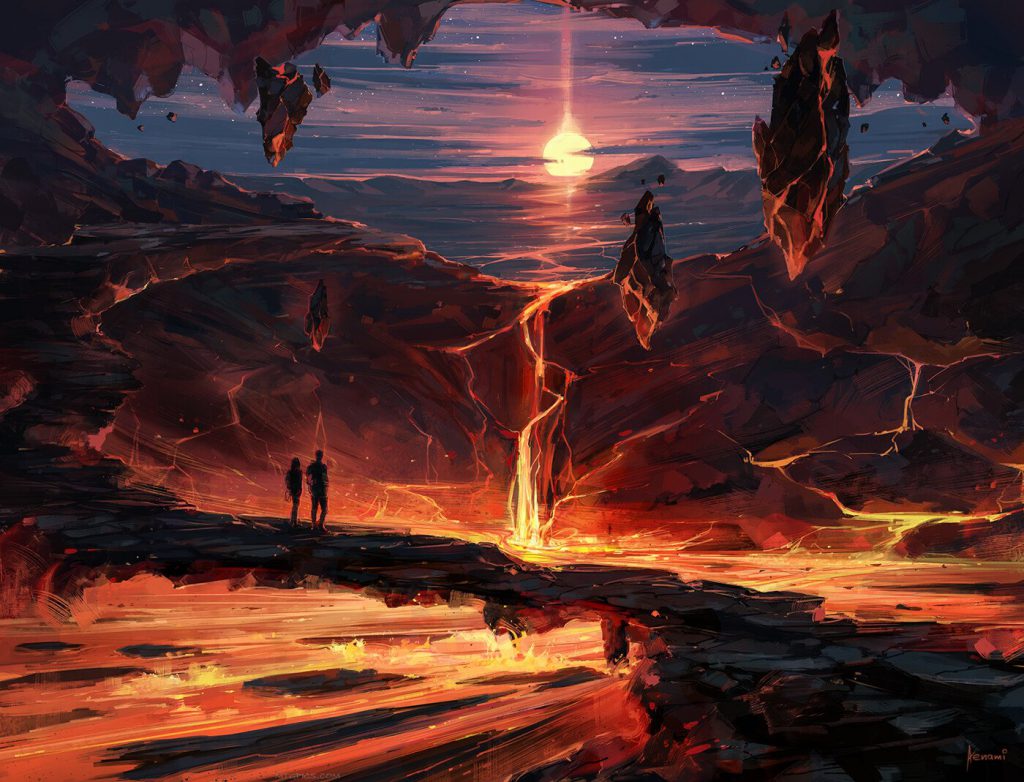 If you're involved with the EDHREC community, then you've already heard of the premier replacement for Outpost Siege: Valakut Exploration. This card showed up so often in the team's Top 10 Cards of 2020 that I thought I was reading the same list over and over.

For one less mana, Valakut Exploration gives you both modes of Outpost Siege, the card advantage and the damage, without even having to choose between one or the other. Simultaneously, it still fills the graveyard, a welcome boon for cards that need a full graveyard to work properly, such as the immensely powerful Underworld Breach. All of this upside comes with a much higher ceiling, since getting multiple Landfall triggers tends to be much more common than getting multiple upkeeps. The only downside is that the damage from it cannot be dealt to creatures and planeswalkers, which is more than a fair tradeoff for me.

Below is an upgraded Land's Wrath precon courtesy of EDHREC's Precon Upgrades feature. Being a Naya Landfall deck, it makes good use of synergistic card advantage pieces such as Valakut Exploration, Tireless Tracker, and more.