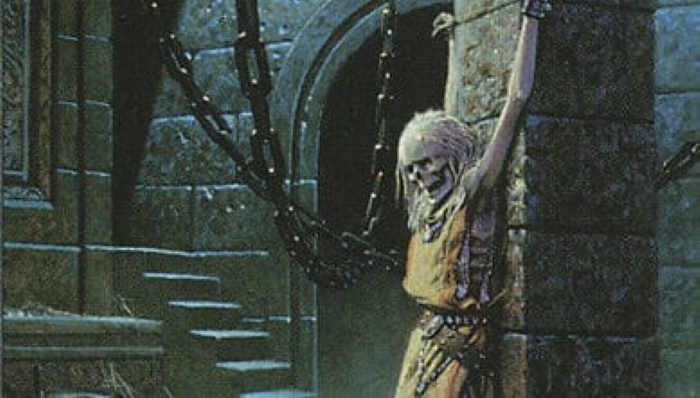 Welcome back to The Toolbox! Here, we take a look at underplayed cards and evaluate where they ought to see more play. Today we're taking a look at an overlooked common that I think should see much more play in Commander: Tortured Existence!

In Commander, some of the most powerful effects are those that allow you to break the inherent "rules" of the format, such as Muldrotha, the Gravetide giving you multiple uses of a single card from the graveyard. Tortured Existence is one of these cards, but on a much smaller scale. For the low price of one black mana and discarding a creature card, you can get a creature back from the graveyard.

Looking at the EDHREC page for Tortured Existence, we see that the top commander to include this card is Syr Konrad, the Grim. This makes a lot of sense, as he is largely focused on the Aristocrats strategy, and Tortured Existence allows him to recycle creatures. Then, of course, there's also the interaction with Konrad that causes Tortured Existence to read, "Pay a black mana to ping each opponent twice."

Haakon, Stromgald Scourge also rears his head, and once again I'm suggesting you take a look at the amazing Conditions Allow article for the best details of how this deck works. For our purposes, the relevant information is that Tortured Existence acts as a discard outlet for Haakon, and it allows him to recur important combo creatures.

Finally, there's Tetzimoc, Primal Death. Once he's in your hand (say, from the effect of a Netherborn Altar), you can use his ability to kill a lot of creatures, but after that, he's just a regular creature in play. Tortured Existence makes it easy to recur him after he dies and can continue putting more prey counters on creatures all over again.

I like to think of Lazav, the Multifarious as a sort of Delver of Secrets in Commander; he can acquire evasion, become blisteringly fast, and maintain tempo to steal the win. He can copy unblockable creatures, such as Triton Shorestalker, to get past blockers, then copy a Phyrexian Dreadnought to spike someone for 12 commander damage!

So why would Lazav want an enchantment like Tortured Existence? Let's take a look!

Interacting with the graveyard at instant speed is not emphasized enough in most Lazav builds. While there's the standard suite of Frantic Search, Entomb, and Merfolk Looter, these are limited in one way or another. Having Tortured Existence gives so much instant-speed play through swapping important creatures to the graveyard out of nowhere. It can be anything, from the previously mentioned Phyrexian Dreadnought to pump up the commander to an Invisible Stalker to dodge removal, or even pulling a little sneaky Infect on someone with Vector Asp.

Tortured Existence also gives some resilience against an opposing Bojuka Bog to protect some important creatures before your graveyard gets nuked. I could go on, but these are the general interactions that make me think that Tortured Existence really deserves a slot in Lazav decks. Check out the decklist and see if you agree!

Seriously, Yawgmoth, Thran Physician is an absolutely insane Magic card. Maybe not as broken as Hogaak, Arisen Necropolis, or Urza, Lord High Artificer, but still pretty close. This guy is a sacrifice outlet, draw engine, discard outlet, and removal, all in one! So why would the great Yawgmoth want Tortured Existence?

Aristocrats decks are made to grind through games (and opponents) with powerful value engines, and Yawgmoth is excellent at doing this. However, losing an important creature within the Aristocrats deck can be devastating to the strategy; how can we drain our enemies without our precious Blood Artists? Phyrexian Reclamation is a pretty common tool to combat this issue, and I consider Tortured Existence to be pretty comparable because of how many cards Yawgmoth is able to draw. Drew a useless creature? Swap it with that Vilis, Broker of Blood that got tagged by an Assassin's Trophy earlier in the game!

It also just lets you loop creatures like Gray Merchant of Asphodel for maximum damage! All this together makes Tortured Existence worth the slot in my opinion. If you disagree, all I can do is recommend you take a look at the decklist!

I Want to Ride My Bicycle!

Who knew Zur, the Enchanter likes to ride bicycles? Get it? Because this section is gonna be about Cycling? I know, I'm not funny, so I'll just get on with it.

Zur does genuinely make a great Cycling commander because of his ability to consistently tutor up his payoff enchantments, like Astral Drift. This is something a lot of other Cycling decks can really struggle with. So why would the enchanter want an enchantment like Tortured Existence? Let's take a look.

For starters, Tortured Existence can turn a dead Cycling creature into a useful Auramancer or a Sun Titan. While this may seem minor, having a tutorable way of recurring important creatures (that can recur important enchantments) can be invaluable in grindy games.

There is also a bit of a 'combo' that can be set up with Tortured Existence. With this enchantment in play, a creature in hand, and one in the graveyard, one can repeatedly activate Tortured Existence for one black mana just to get tons of discard triggers. If you happen to also have a payoff such as Archfiend of Ifnir, Drake Haven, or Faith of the Devoted, you can just spam triggers to overtake your opponents! This also works with Astral Drift and Cloudblazer to bury your opponents in value or just lock your opponents out of combat.

Tortured Existence is also tutorable by Zur, so all of these interactions are relatively easy to set up in just a few turns. If you still aren't convinced, all I can do is tell you to take a look at the decklist!

The End of Existence... or This Article

Thank you all for your continued support of the series! I hope that you all enjoyed reading this installment, and I hope that you've found a new home for Tortured Existence. Do you think that these commanders pair well with Tortured Existence? Do you think that I’m overestimating this card, or do you agree it’s highly underrated? What other cards are you hoping to see get their place in the limelight? Let’s talk about it in the comments below. Everyone please stay safe, and remember that we'll get through this together. You've got this!