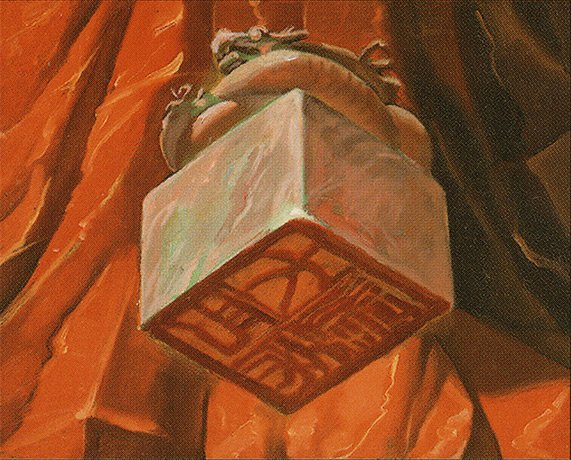 How much is a card worth? How much is a deck worth? A format? This article is a bit of a thought experiment, intended to highlight the popularity of Magic as a game, Commander as a format, and specific cards as staples, as well as the considerable investment players have made to pursue the game they love.

We often talk about ubiquity within Commander solely as a function of how frequently cards appear in decklists, and rightfully so, but certainly those decklists would look different if money was no object. We'd certainly see a lot more copies of Mishra's Workshop!

I submit that one clear reflection of a card's power level is the cost players are willing to pay, in literal dollars and cents, to include it in their decks over an inferior alternative. Thus, I thought it would be interesting to look at each card's EDH Market Capitalization - the total value represented by all copies listed in EDHREC decks, at a given price.

Note that, for the figures in this article to truly reflect the actual value of cards in EDHREC, we'd need to make the following assumptions, none of which are actually true:

So, as long as you're comfortable staying in the realm of the conceptual, here is a graphical depiction of the total value of every card in the EDHREC database: 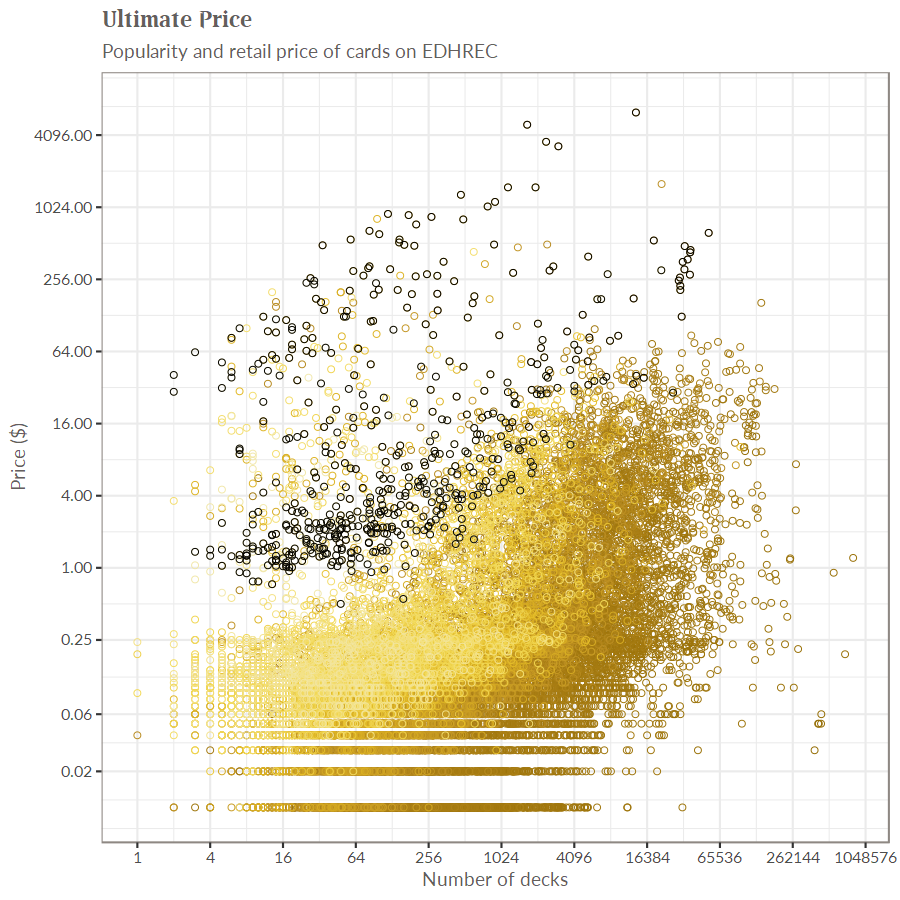 This plot shows clearly the expected relationship between popularity and price. Reserved List cards, indicated in black, constitute some of the most expensive cards in the format (really, all formats) due to their top-end power and limited supply. Since it's not particularly interesting to talk about how much players value extremely expensive/broken cards and dual lands, I'm mostly going to ignore the RL henceforth.

Before I start the countdown of the Top 10 cards by market cap, stop and guess which cards you expect to show up.

The top 10 most valuable cards across EDHREC

Mana Vault, Rhystic Study, and Sensei's Divining Top just missed the top 10, but since I know you want to see even more data, here are the top 251 cards by total market cap:

Turns out, Timetwister is the Apple of Commander.

The only question remaining to be answered: what does it all add up to? If we were to sum these market capitalization values across all cards in the EDHREC database, theoretically encapsulating the entire value of over 1,000,000 Commander decks (assuming our untrue assumptions hold), how much are all of the cards enumerated on EDHREC worth?

Just think of the hours spent double-sleeving all of those cards!

Let me hear them! Do you think it's reasonable to assert that card strength correlates with market cap? Were you able to guess any of the top 10? Which cards are you most looking to see drop off the top of this list? I'd love to hear what you think, and if you aren’t already, please follow me on Twitter!