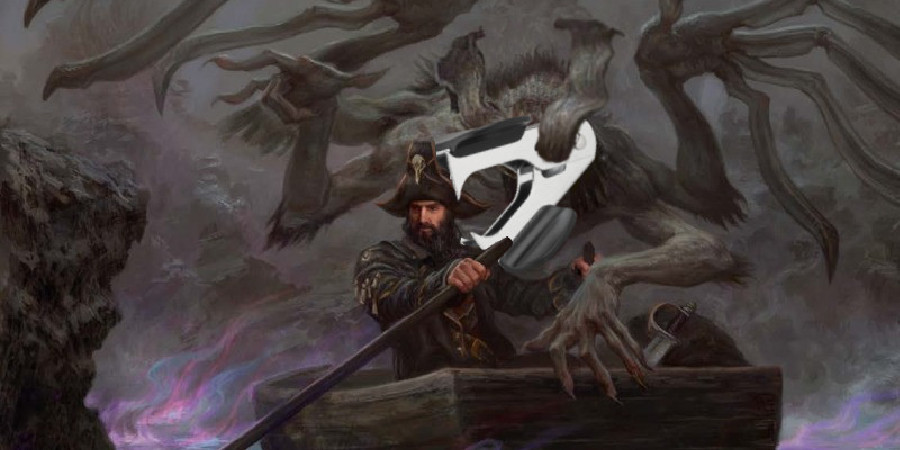 Welcome to Staple Remover! In this series, we tackle those big-name staples in EDH, interrogate whether decks truly need them after all, and most importantly, find some fun replacements for them!

Before we begin, it looks like you've just received a letter from Strixhaven!

Diabolists - mages who specialize in demonology - often find themselves in the lucrative (albeit dangerous) business of consorting with demons. Whether they're tricking the demons into thinking that they've gotten the better end of a deal, or resorting to more brute force to ensure that demons cannot collect on their debt, the diabolists of the Multiverse find themselves swindling the dark forces for great personal gain.

The boons of such a study are numerous, and, should you pursue it, you may find demons under your employ. Whether you need their power for more mundane tasks, such as accounting, or loftier goals, such as immortality, they're sure to fill the role well if you play your cards right. One of the best commodities that a demon can deal in is information; should you seek the services of a Demonic Tutor, for example, you'll find all of the information that you need at your fingertips, as long as you're willing to pay the price.

Before you dive into such a course, it's important that we address a certain... stigma around Strixhaven's Diabolism department. On the bright side, nearly 100% of our surviving students end up graduating! Yes, the number of students who enroll ends up being much larger than the graduating class, but you needn't look into why. If the prestige of the Diabolism department intimidates you, though, no need to fret; you can go ahead and dig for answers in a textbook, or do the math, or whatever it is the other mages do.

Yikes. As great as Demonic Tutors and such are, I'm not sure if they're worth the price - and that's ignoring the 75% fatality rate that comes with such a consultation! Not to mention, you still have to do something with that knowledge.

Additionally, tutors are, as I'm sure you're aware, a pretty hot topic in Commander, especially lately thanks to Corbin Hosler's new article. Many find that the format's most popular tutors, especially today's Staple, turn games stale by tutoring up the same handful of wincons each time that they're cast. In case my previous Staple Remover installments haven't made it clear, I share much of the same sentiment. I do not enjoy ending every game with a Cyclonic Rift, regardless of whether or not it's mine.

That being said, I do think that tutors still have their place in the format. Today's roster of tutors not only do a little bit extra compared to the staples, but they also have a wide range of uses, and often are best used to enable toolbox themes and strategies. So, that being said, let's make like the House of Stuart and replace some Tudors!

The most integral synergy in many decks involve creatures. Decks that gain value, answer threats, and eventually win using creatures are hardly rare, and there's a suite of phenomenal creature-based tutors available to them that make them run smoothly - tutors that too often go unloved.

Our first tutor in this category, Mwonvuli Beast Tracker, is wonderfully synergistic with a surprisingly large number of cards, and that list is ever growing. If you can abuse the enters-the-battlefield trigger, or have a suite of creatures that have the keywords listed on the Beast Tracker, the possibilities are endless. EDHREC's own Elijah Klein has compiled a list of decks in which Mwonvuli Beast Tracker pulls a lot of weight, and if you're looking to test it out, yourself, I suggest you read his article here.

Signal the Clans is the quintessential Gruul tutor, combining Green's care for creatures with Red's flair for the random, like a mishmash of Worldly Tutor and Gamble! Admittedly, Signal the Clans isn't the best when searching for combo pieces or the most efficient wincon because of the random nature of it, but for some, that might be a good thing! Regardless, it pulls quite a bit of weight if you have enough redundancy for the effects that you want, such as creatures that will draw you cards, close out a game, remove permanents, etc.

Pyre of Heroes is the latest in a long line of tribal-based tutors. No matter what tribe you're playing, you'll have little difficulty finding ways to tutor your most important tribal pieces, such as Kaldheim's spin on Birthing Pod or the many cycles of Forerunners and Harbingers, such as Forerunner of the Heralds and Flamekin Harbinger. The reusable nature of these tutors can allow you to easily gain card advantage and find your best synergies no matter the color of your deck!

Lands find their way into every functioning EDH deck, and some of the most popular and powerful cards in the format synergize incredibly well with them. Even if you're not building a Landfall deck, though, you may be running a suite of utility lands that will answer threats and further your own gameplan, and these utility lands are made all the more powerful when you can tutor for them.

Crop Rotation is the most well-known card capable of tutoring up lands, finding a home in 11% of eligible decks on EDHREC. But if you prefer that your spells have some extra modality, reusability, or a higher ceiling, you may find that cards such as Nylea's Intervention will serve you better. Nylea's Intervention can, for a less efficient rate, fetch you multiple utility lands, or even wipe the board of any pesky flyers that are threatening your position.

The "Crop Rotation on a Stick" siblings, Knight of the Reliquary and Elvish Reclaimer, can serve a similar purpose. They're especially good at cycling through utility lands that have exhausted their usefulness so that you may find new ones. If you're the sort of player who likes little flavor wins in your decks, like I do, including a Reliquary Tower to be fetched with the Knight of the Reliquary is a cute little synergy that easily slots into a ton of EDH decks.

Artifact- and enchantment-based decks have their own collections of go-to tutors that provide additional synergy with their respective strategies. For artifacts, my personal favourite is Goblin Engineer, which combines Goblin Welder with a tutor. Enchantress decks have Sterling Grove, which can either protect your enchantments or find you new ones.

There are a select few tutors that manage to find multiple card types at a reasonable rate without taking a huge chunk out of your wallet. One such card is Mythos of Brokkos, which acts as a Regrowth effect with an Entomb stapled onto it when you meet the additional casting requirement, a decent bit of card advantage in graveyard-based decks, of which Sultai has many, such as Muldrotha, the Gravetide.

One of my favorite cards from Kaldheim is Search for Glory, a respectable white tutor that provides additional synergy in snow-centered decks, but still finds a wide range of potential goodies without that synergy. There's no shortage of similar effects that place extra focus on planeswalkers and legendary creatures, such as the famous Captain Sisay, Arena Rector, and Ignite the Beacon, and they only get better and better as more utility planeswalkers and legends are printed. 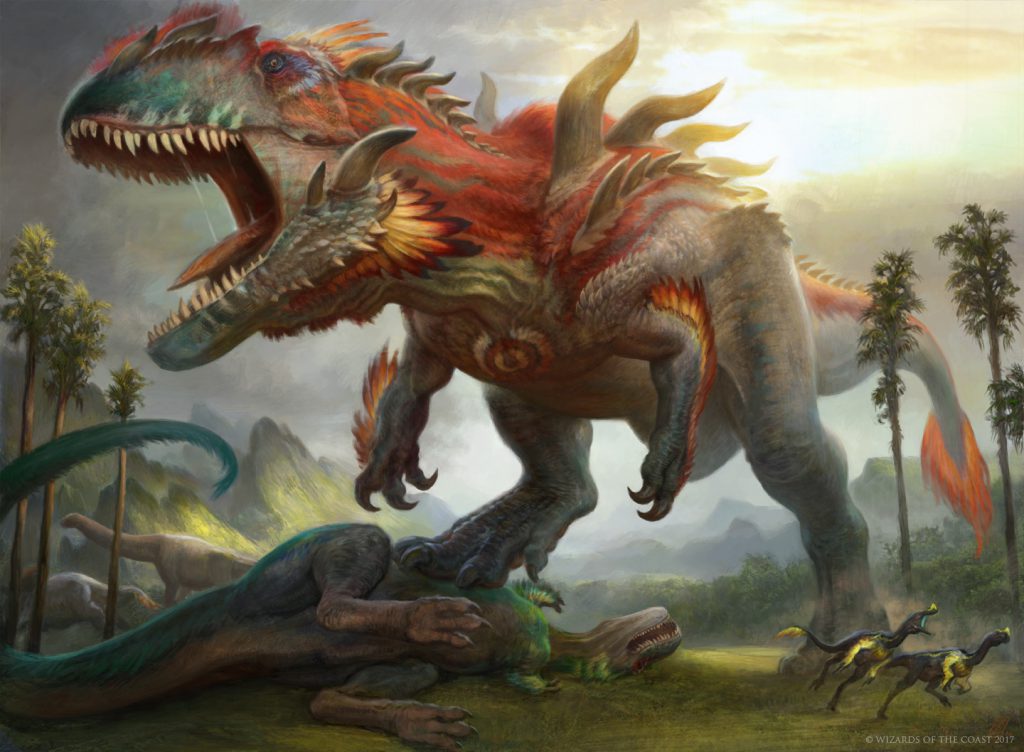 There are few cards as emblematic of Staple Remover as Congregation at Dawn. This card, by itself, fills a role similar to this week's staple, Demonic Tutor, by giving you access to select cards from your library, but with some smart plays and additional synergy, Congregation at Dawn can blow Demonic Tutor out of the water. For example, a select combination of three synergistic creatures can give you leagues more value than Demonic Tutor ever could.

Another synergy that Congregation at Dawn has is with effects that care about the top card of your library. The most famous of these is likely Gishath, Sun's Avatar, with which you can attack and then cast Congregation at Dawn during the declare blockers step, immediately dumping your three best Dinosaurs onto the battlefield with Gishath. But Gishath isn't the only card with topdeck synergy: there're also inclusions within the 99, such as the immensely powerful Bolas's Citadel, which can be used to immediately get value off of Congregation at Dawn.

Here's my personalized Gishath, Sun's Avatar deck, with some cameo appearances from previous Staple Remover articles! Back when Ixalan was new, I used to have a deck much like this one, and in that deck, Congregation at Dawn was the perfect card for me to find the perfect answers for the situation I was in during my turn. When I didn't need any answers, though, it was fun to just rip the first three big dinos out of my deck and dump them onto the board!

What're your favorite niche or underplayed tutors in Commander? Do you run any at all? The generically powerful ones see plenty of spotlight in cEDH, but which ones do you think deserve the spotlight in less competitive metas? Let me know in the comments, and thanks for reading!