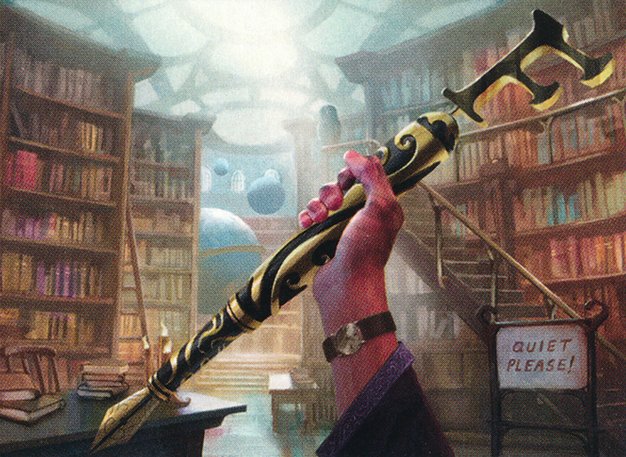 (Staff of the Letter Magus | Art by Daniel Ljunggren)

From Alpha to Zendikar

Full disclaimer: I took some artistic license with the title of this article. Let's just loosely define "profit" as "something that can help you get your cards organized."

Almost every card in Magic: the Gathering has a name, and almost every card name starts with a letter. Understanding the distribution of letters in words and at the beginning of words has cryptographic applications and can help with the design of keyboards as well as information storage and retrieval systems.

So, how common is each letter at the start of Magic card names? 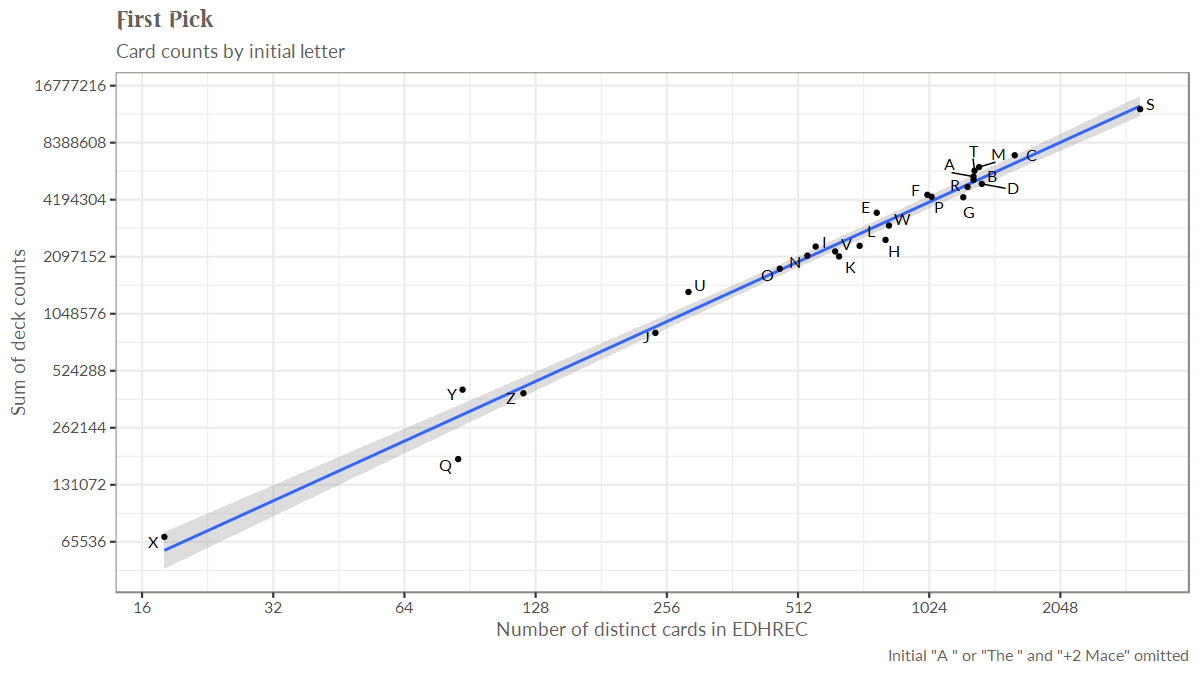 Just like in the English dictionary, "S" is the most common initial letter, and "X" is the least common. The plot above basically shows that cards with certain specific initial letters aren't wildly over/underrepresented among cards on EDHREC. Initial-Q cards have the best argument for being underrepresented, but to me this looks pretty random. 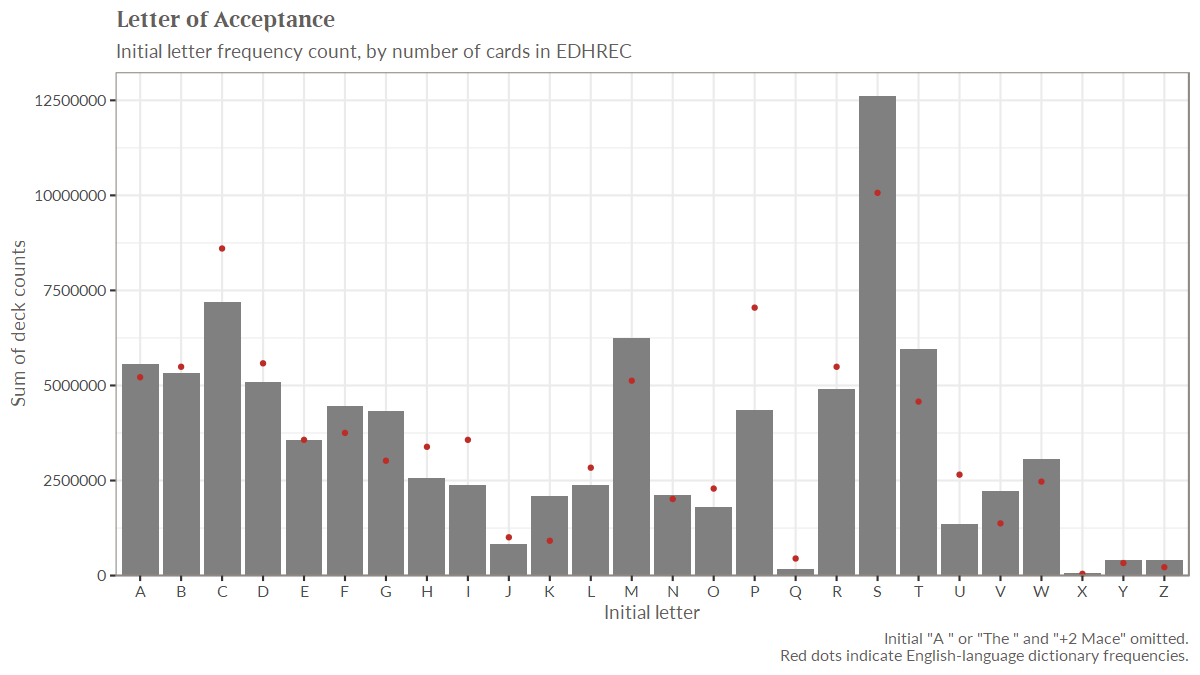 This plot shows a little more clearly the frequency of each initial letter in the EDHREC database, with red dots depicting the "expected" frequency if mapped directly from English-language dictionaries. I don't see a real pattern here, except that Sol Ring makes its mark yet again; do you see any pattern that I'm not seeing?

Get ready, cuz this is a big chart! Let's take a super-specific look at every single letter in the alphabet!

This is the "profit" part, such as it is. Someone posed to me the following challenge: "Let's say I have a trade binder with n pages. Given the distribution of cards played in Commander, how should I organize those binders into sections, to minimize the time spent searching through an approximately alphabetical collection?"

The EDHREC data makes this pretty easy to answer, although as usual I have found a way to complicate it. Below is a table with the First and Last card for each segment of your collection, if you have 120 alphabetically-constrained sections of cards in across your binders/boxes.

Why 120? Well, 120 is both a superior highly composite number and, relatedly, a colossally abundant number! Friends of @MtG_DS probably know I enjoy a good prime number, but this application calls for something with a lot of divisors. Because you probably don't have 120 sections, but you might have 4, 5, 6, 8, 10, 12, 15, 20, 24, 30, 40, or 60! And this table lets you quickly see the first and last card that should appear in each section in every case.

For example, if you have a binder divided into 15 sections, your first should range between the dreaded +2 Mace and Basilisk Collar, your second section should run between Basking Rootwalla and Cephalid Constable, etc.

And that's all I have to say about the alphabet in Commander, from Abandon Hope to Zurzoth, Chaos Rider!

Let me hear them! With the alphabet behind us, what simple concept should I next cut into pieces with EDHREC data? How much do you think about the names of the cards you play? I'd love to hear what you think, and if you aren’t already, please follow me on Twitter!