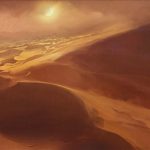 Like sands in the hourglass, so are the tokens that this deck generates. SLVS showcases a counterspell deck... that isn't in blue? 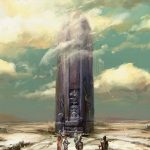 The most popular uncommons from core sets? Let’s get counting!

Taking a look at non-blue counterspells!

It’s that time again! Welcome back to Weird Harvest, where misfit commanders wield forgotten spells to create head scratching situations. This week we tackle a reader request from Darrenn E Canton! He asked if we could break Ertai, the Corrupted. We’re going to shatter this jank commander or die trying. Ertai: Just Add Oil This […]

In the Margins — Cancel

Currently there are 3,834 decks in the EDHREC database running Cancel, and not a single one of them should have it as part of the 99. Welcome to In the Margins, a semi-regular column where I focus on making marginal upgrades to your Commander deck. My name is Dana, and I’m primarily an EDH player. […]

Commander Showdown is a series that compares and contrast two similar commanders, analyzes differences in strategy and deck construction, and evaluates how those differences are represented by the data here on EDHREC. Aether Revolt introduced a handful of new Legendary creatures to EDH, such as Yahenni, Undying Partisan and Rishkar, Peema Renegade. Unfortunately (and probably […]